“Why did I come to Jakarta?” Herman said, returning the question as bicycles whizzed by in the early morning heat. “It’s simple. I am masyarakat adat.”

Hailing from Tanah Luwu in Central Sulawesi province, Herman comes from a community that, like hundreds of others in Indonesia, identifies as indigenous, sustaining cultures and societies unique to their ancestral localities.

Last Sunday, he was one of about 100 masyarakat adat on hand for a rally in downtown Jakarta, the first in a series of events organized jointly by the Indigenous Peoples Alliance of the Archipelago (AMAN) and the Education and Culture Ministry, to mark the International Day of the World’s Indigenous Peoples. Masyarakat means “people” in Indonesian, while adat refers to their various life systems.

With his matter-of-fact response, Herman captured a cold truth at the heart of an otherwise warm parade of song and dance: he and the others had not come to Jakarta by choice — they had come out of a sense of duty.

AMAN contends that since the nation’s founding 71 years ago, Indonesia’s 50-70 million masyarakat adat have been deprived of the basic protections of citizenship. “Our Constitution is clear about the rights of indigenous peoples,” said AMAN general secretary Abdon Nababan, at a conference on Monday, “…but only if we truly heed our Constitution.”

Indeed, despite Indonesia’s constitutional recognition of customary rights and its signing of the UN Declaration on the Rights of Indigenous Peoples (UNDRIP), no national law has been passed that says who qualifies as indigenous, nor what rights such status confers.

Instead, the tasks have been left to local governments, few of whom have shown an interest in recognizing masyarakat adat or marking their territory.

The legal limbo leaves Indonesia’s masyarakat adat particularly vulnerable to land grabs. For peoples whose territories are the basis of identity and livelihood, their systems of knowledge are subsequently imperiled.

When AMAN endorsed Joko Widodo for president in 2014, hopes were high that the long-sought legal reforms would be forthcoming, especially after Jokowi, as he is known, installed a friendly face atop the forestry ministry, a notoriously corrupt institution that had long been an obstacle to indigenous land rights.

The winds of change, however, have yet to sow progress, with a promised task force on indigenous issues yet to materialize, and an indigenous rights bill still being debated in parliament four years after its drafting. Without sustained pressure, adat leaders say it is too easy for governments to continue turn a deaf ear to their struggle.

At Sunday’s rally, Mongabay asked a number of masyarakat adat what they hoped to achieve in this week’s meetings with government officials. The following are their responses. 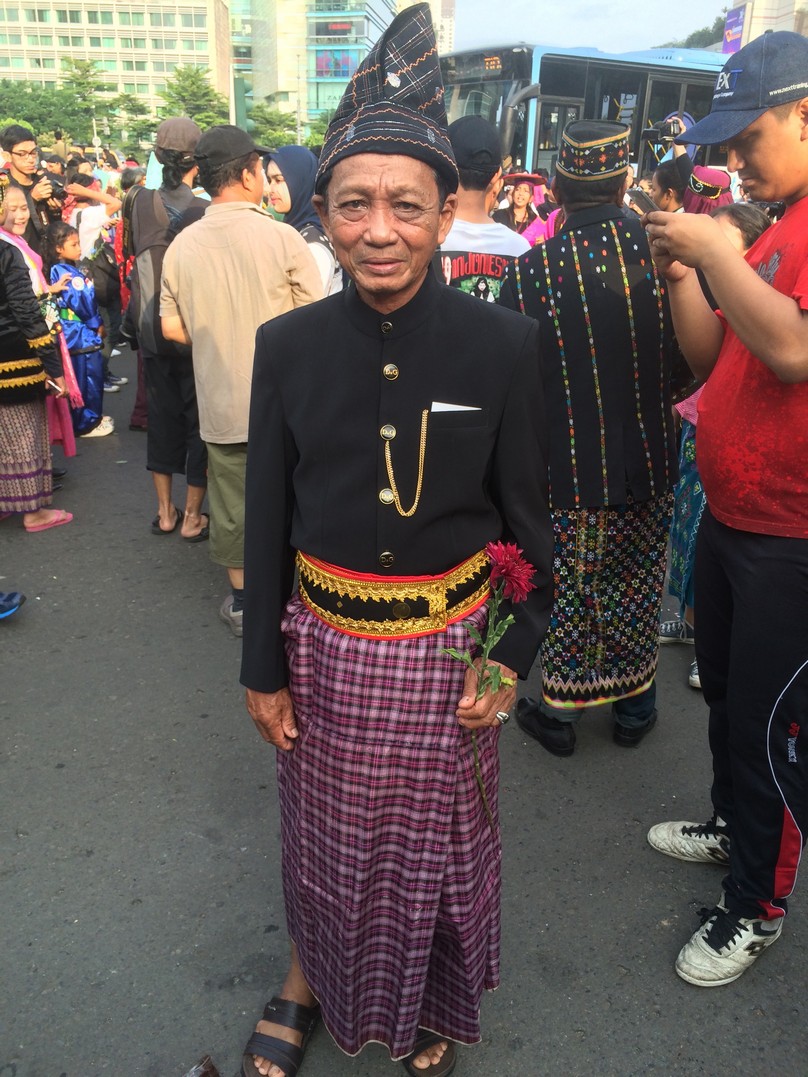 “By coming, hopefully the government will recognize us. We have rights, especially to land, which is the most important thing to have.” 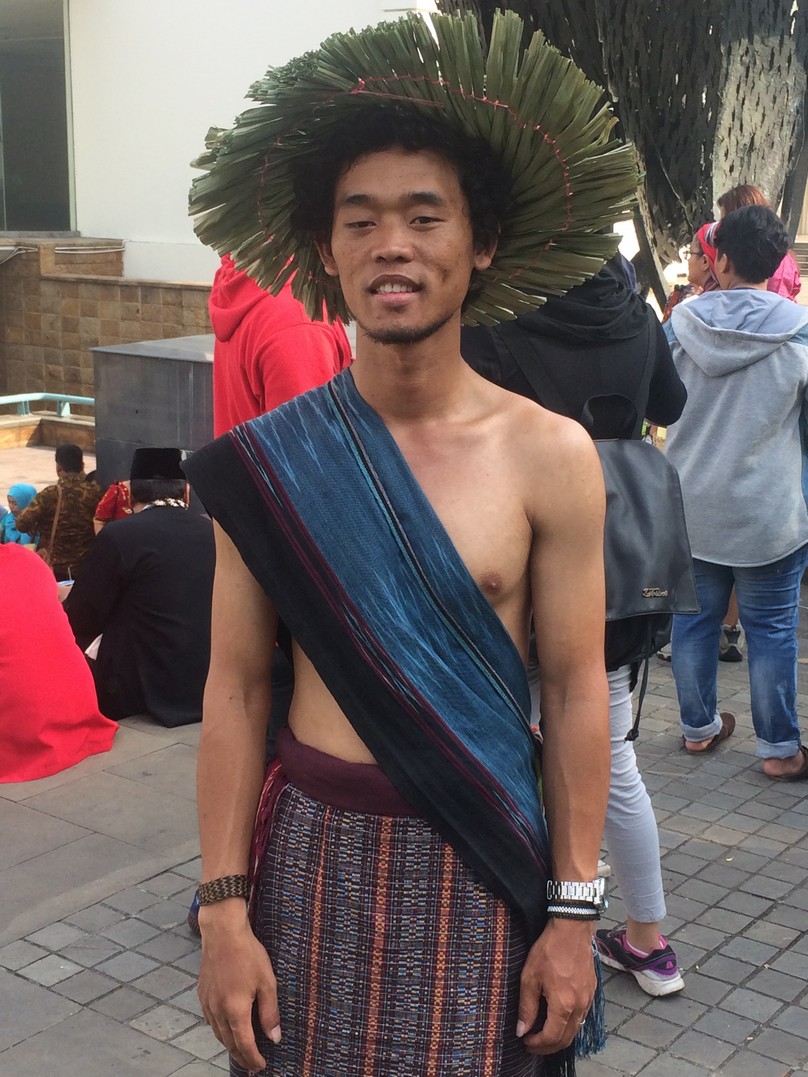 “My hope for this conference is that we can create good synergy with the central government. We need to foster good connections here so that we can have a better future.” 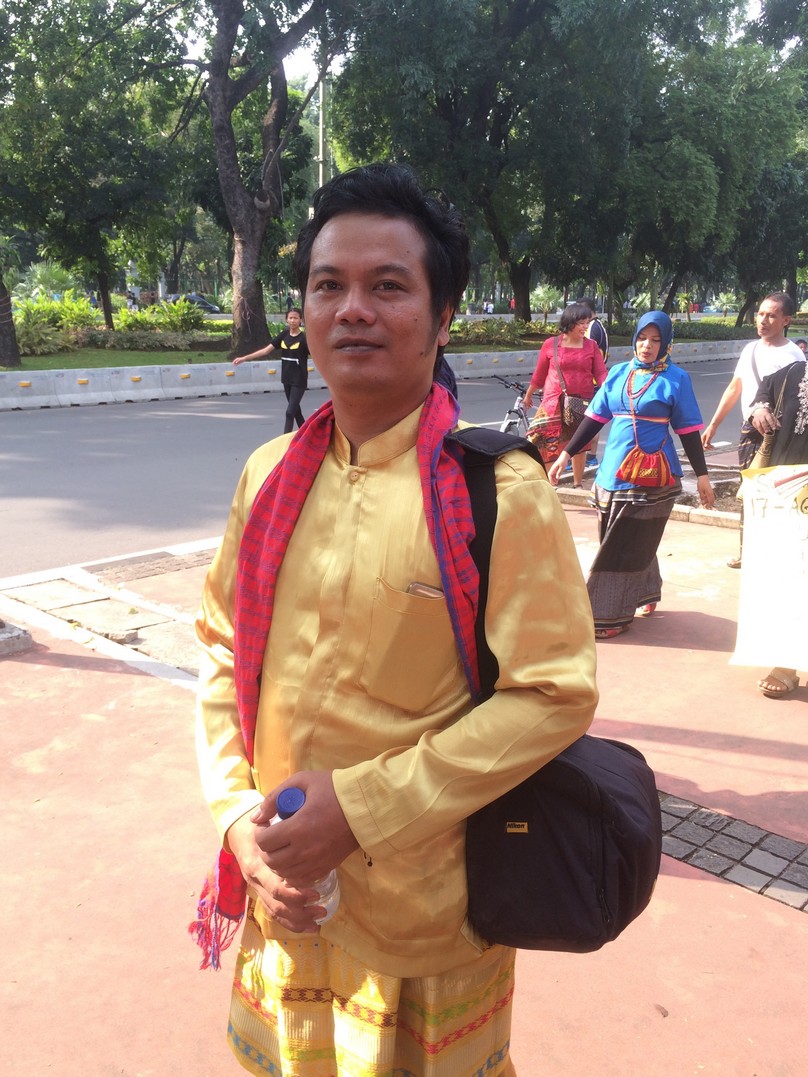 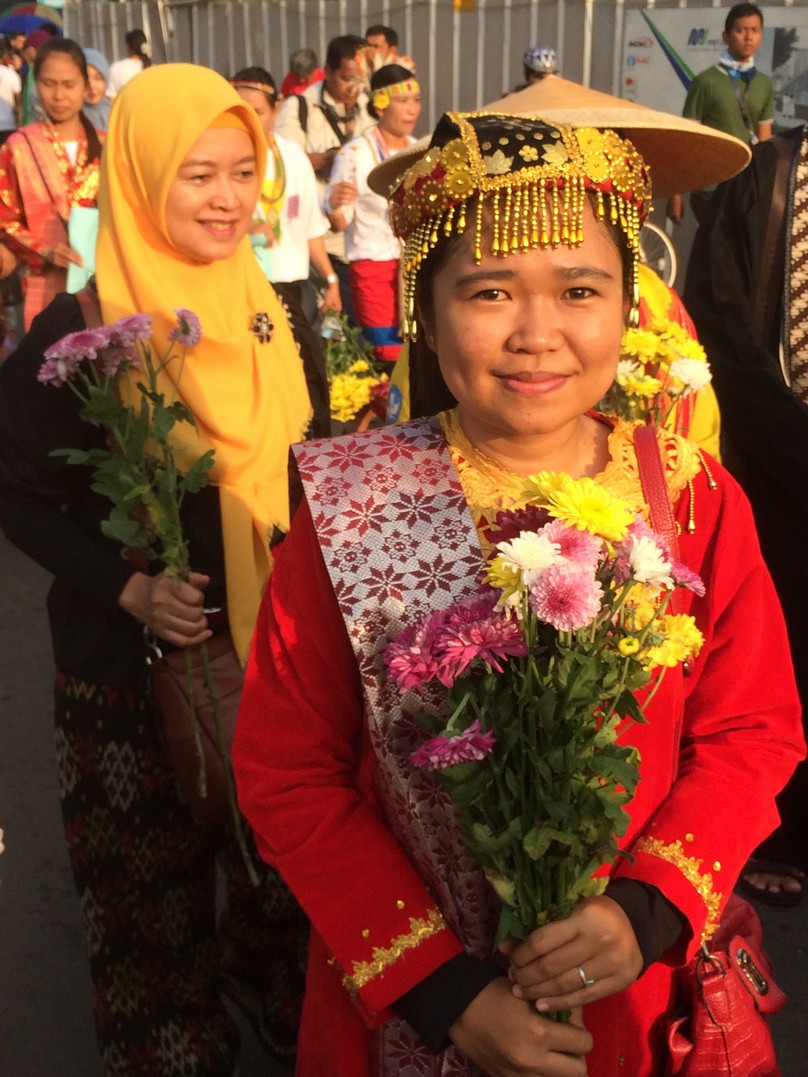 “Our hope is to have all of our rights recognized. There are still many things we must improve with the government.” 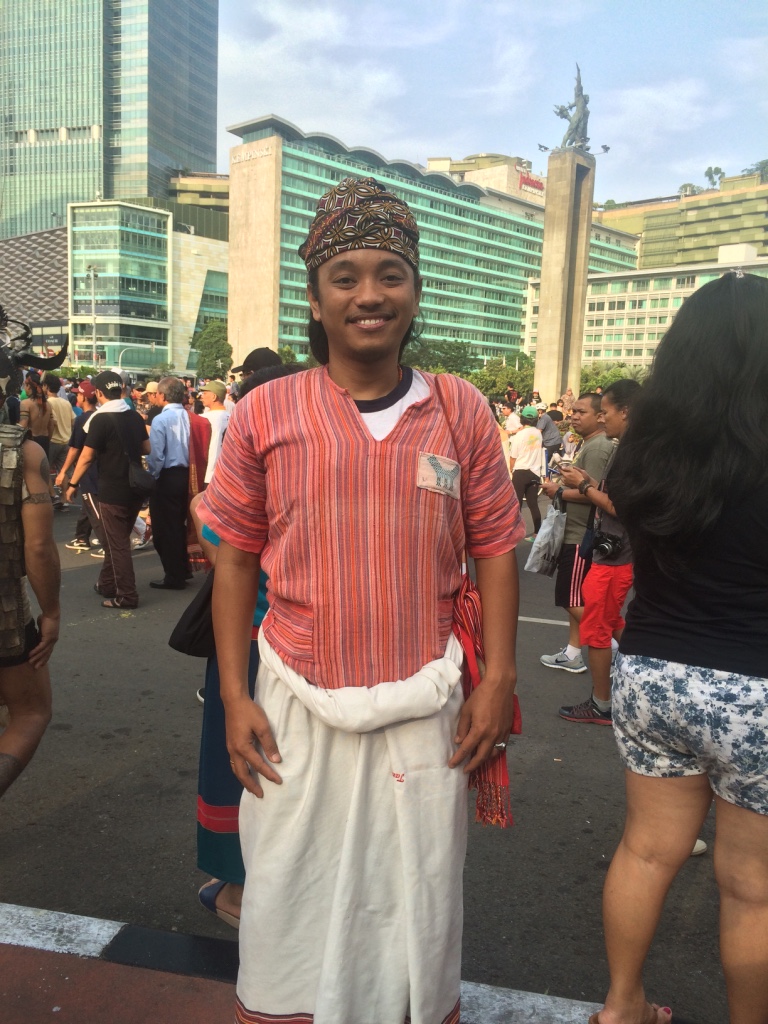 “Youth aren’t excited about our culture; they are more into the modern culture. We want our language and our culture to survive, to be everlasting, and for the the youth to carry it on. So for me, preserving my culture is my biggest hope.” 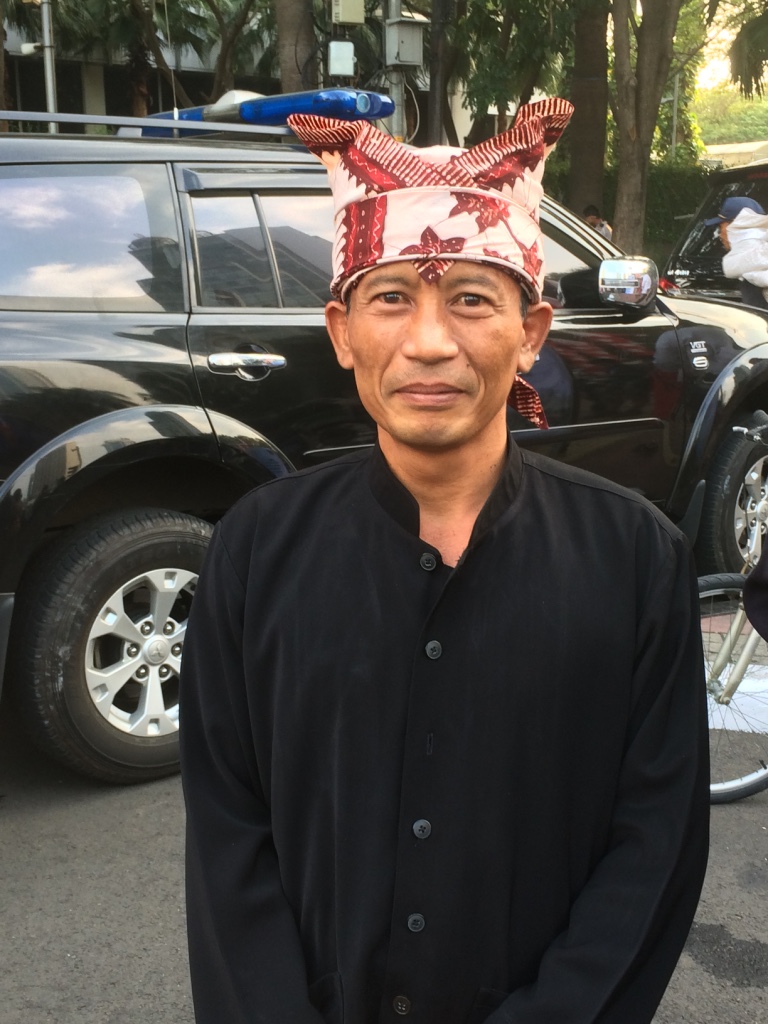 “We want to bring more benefits to masyarakat adat, especially in education. Coffee has a unique flavor our area, so we can also have education on how to cultivate it the best way for the people.” 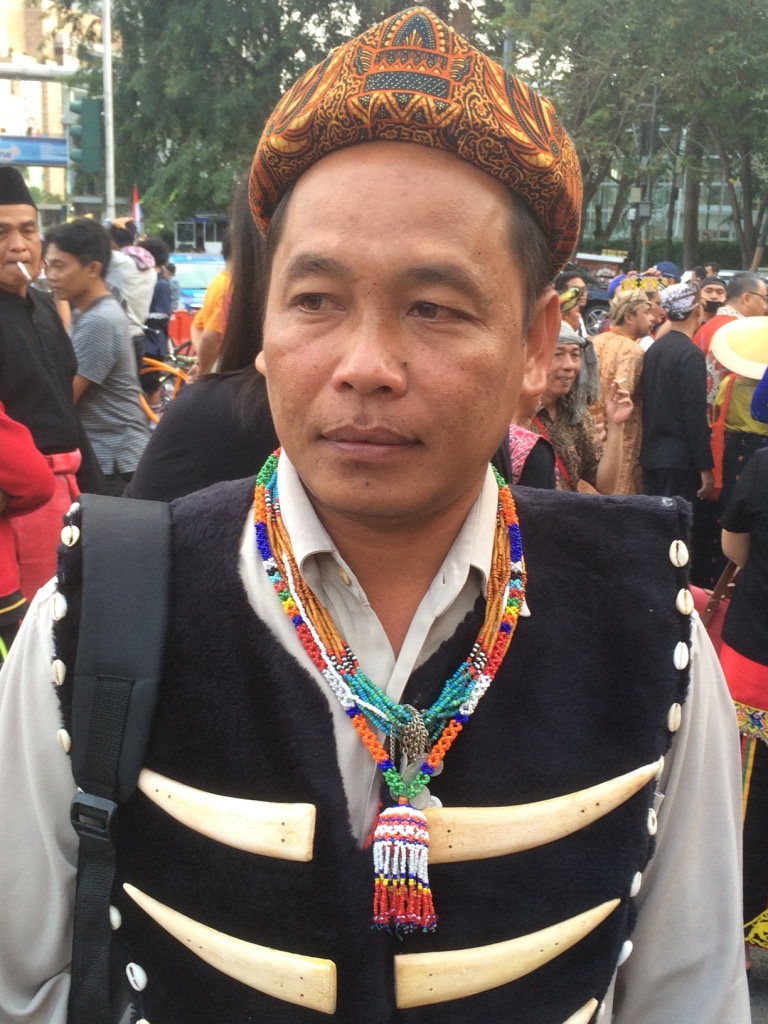 “I am here today to improve the political situation for masyarakat adat. In my region in North Kalimantan, we still have problems with boundaries. In the future, we can lose our land if we don’t protect it.”