Severe floods have ravaged the state of Assam in northeastern India.

Touted as the worst flood in more than a decade, floodwaters have swept away over 2,800 villages, submerged more than 200,000 hectares of crops, displaced millions of people, and killed nearly 30 people, the Telegraph India reported.

The state’s wildlife, too, is struggling to survive. The flood that began during the last week of July submerged around 80 percent of Kaziranga National Park (KNP) in Assam. Kaziranga, a UNESCO World Heritage Site, is home to the world’s single largest population of the Greater one-horned rhinoceros (more than 2,000 individuals). It also hosts populations of the Bengal tiger, Asian elephants, wild water buffaloes, eastern swamp deer, hog deer, gaur and sambar deer.

The flood is now receding, Dr Satyendra Singh, director of KNP told SkyNews, but around 30 percent of the park still remains submerged. So far, an estimated 218 animals have reportedly died in the flood, a death toll that is likely to go up once the entire floodwater recedes, Suvasish Das, Divisional Forest Officer of Kaziranga, told the Indian Express.

Among the dead wild animals are around 20 one-horned rhinos, nearly half of which are calves. Hog deer are the worst affected — more than 150 hog deer have drowned, while another 12 deer have died due to vehicular collision while attempting to cross the National Highway 715, Das said.

When KNP is submerged, animals try to move to the nearby Karbi-Anglong Hills that is located at a higher elevation. But to reach these hills, animals have to cross National Highway 715, where they often encounter fast-moving vehicles. Movement of animals out of KNP and on to the highway is also dangerous because it increases the risk of poaching, Das said.

Rescue teams are working round the clock to save the drowning animals. The Centre for Wildlife Rehabilitation and Conservation (CWRC), for example, has rescued more than 100 animals from the floodwaters, including 62 hog deer, three eastern swamp deer, 10 adult rhinos and eight rhino calves that were separated from their mothers. CWRC is run by the Wildlife Trust of India (WTI) and the Assam Forest Department.

“Our large animal nursery is packed to capacity,” Rupa Gandhi Chaudhary, Senior Advisor Strategic Planning & Campaigns at WTI, told Mongabay. “We don’t know what the coming days will bring. We are supported by our partner International Fund for Animal Welfare (IFAW) but never have we had these many large mammals that have to be looked after until ready for release. This process takes several years and until then we have to raise resources with IFAW for their milk formula that younger calves are fed, supplements, medicines and weaning process when they forage and graze in the Panbari reserve forest until ready for release.”

Rathin Barman, deputy director of WTI, told NDTV: “We appeal to the public to donate money for the upkeep of the rescued babies. They drink six packs of milk a day which costs 1,500 rupees ($23) and this will continue for a minimum of one year.” 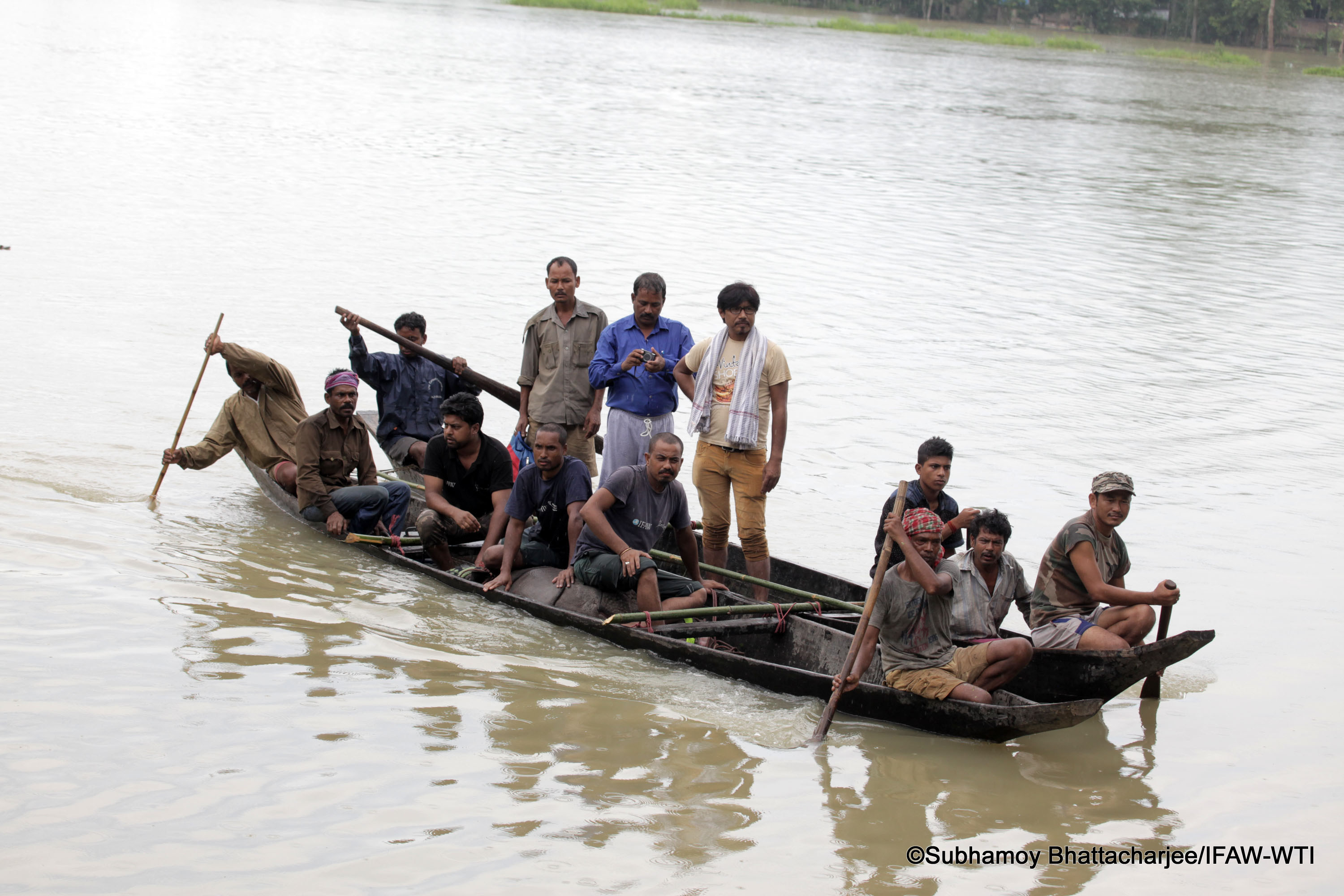 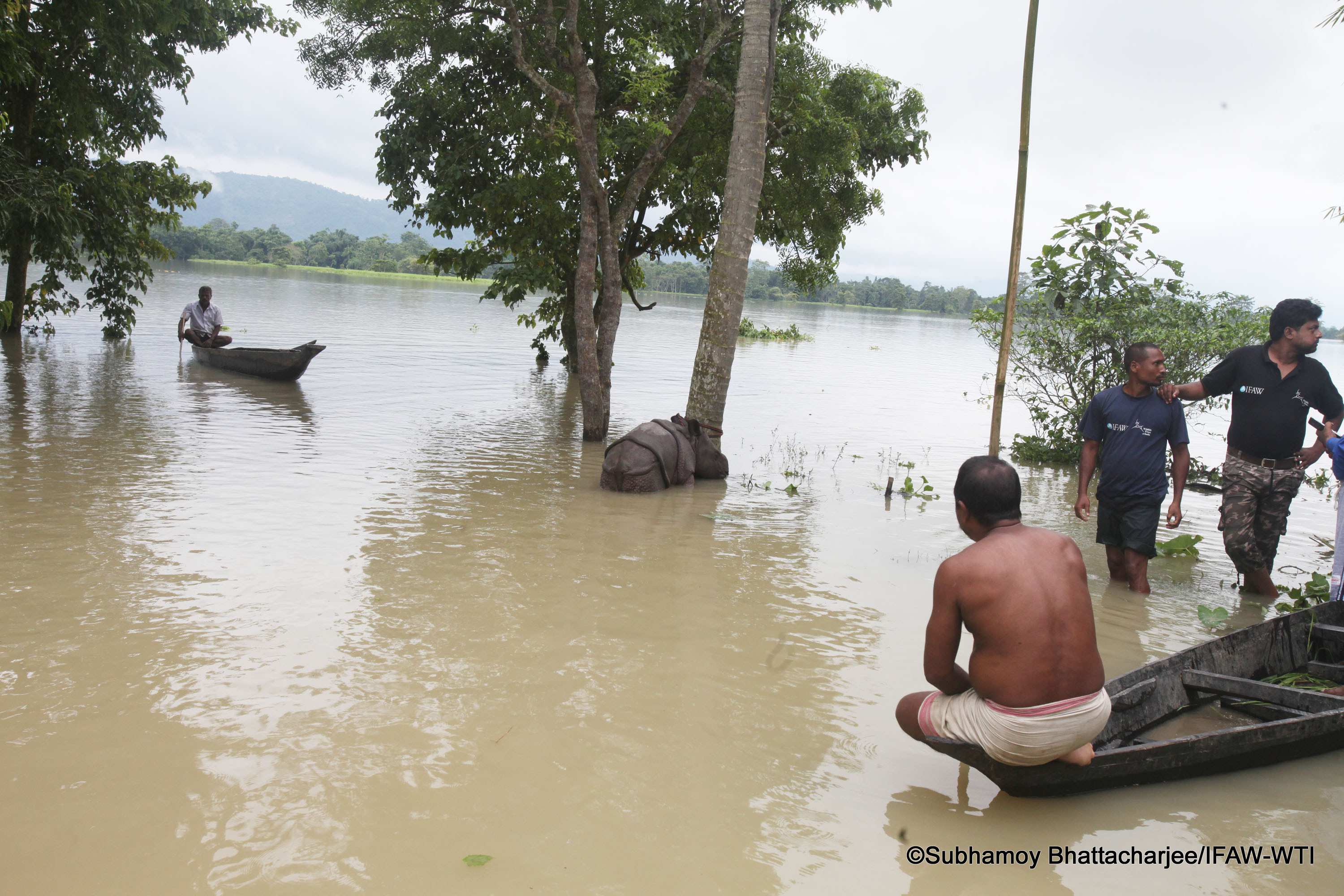