During the announcement the country’s Minister of Tourism and Arts, Jean Kapata, said the ban had resulted in significantly lost revenue for game managers. Kapata also said that lion hunting would not begin until next season (2016-2017), but leopard hunting would begin immediately. Though she added, “with very cautionary quotas.”

But the move was condemned by Zambia’s Green Party.

“We all know that the number of lions and other big cat species in Zambia’s major parks is depleted and limited due to poaching and other anthropogenic activities,” Peter Sinkamba, the Green Party’s president, told the Lusaka Times. According to Sinkamba, Zambia was home to somewhere between 2,500-4,700 lions in 2013. 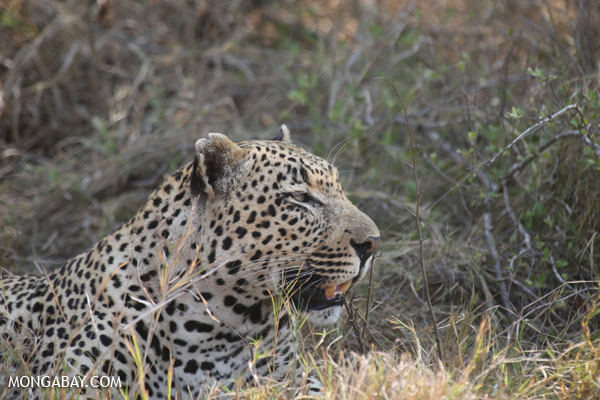 But he said “these are just crude estimates since successive governments after Dr Kaunda’s UNIP, have over the years failed to sustain a continuous wildlife census system.”

LionAid, a conservation group, has said it believes that there are no more than 400 lions left in Zambia.

In recent decades, lions have been decimated across Africa. Facing booming human populations, loss of habitat, decline in prey, snaring, and human-wildlife conflict which has resulted in poaching, poisoning, and spearing lions to death, conservationists estimate that today there are as few as 32,000 lions in Africa. This represents a 68 percent drop in 50 years.

Leopards are also believed to be in decline, though in less danger than lions. But leopard population estimates have proven far less rigorous than those for lions and the species faces many of the same troubles as lions, including habitat loss, human-wildlife conflict, and snaring.

Currently, the IUCN Red List considers lions as Vulnerable and leopards as Near Threatened.