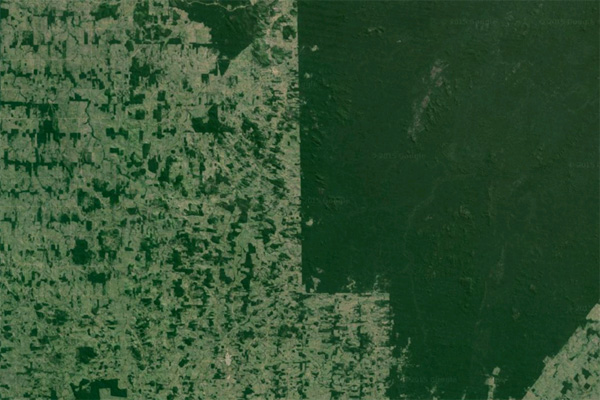 Strictly protected areas in the Brazilian Amazon are associated with lower rates of malaria transmission than extractive reserves, mining zones, and areas with roads, reports a paper published this week in Proceedings of the National Academy of Sciences. The findings add to a growing body of data suggesting that conservation efforts contribute to human welfare.

The study, published by an international team of researchers, is based on analysis of disease incidence in 700 municipalities across the Brazilian Amazon. The research looked specifically at malaria, acute respiratory infections and diarrhea in strictly protected areas, “sustainable use” reserves, indigenous territories, and areas impacted by roads and mining.

The results were most stark for malaria. Both protected areas and indigenous territories had markedly lower rates of malaria than in areas where extraction, road development and mining are allowed. The picture was more mixed for acute respiratory infections and diarrhea, although strictly protected areas were always associated with lower overall disease incidence, while extractive reserves consistently showed higher disease incidence. 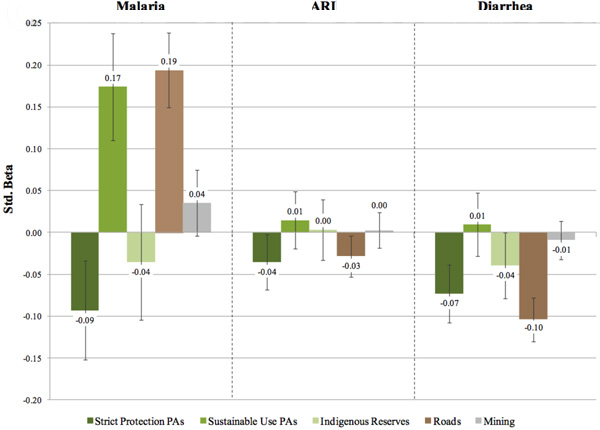 “Our findings suggest that strictly protected areas may serve as a barrier to disease transmission,” Pattanayak said in a statement. “Although these relationships are complex, we believe that by protecting and preserving biodiversity, we could also derive the double win of public health benefits.”

“[This study] strengthens the claims of a recent Lancet Commission on Planetary Health that calls for protecting nature to achieve health outcomes.”