Many tropical species surprisingly resilient, if not actively persecuted 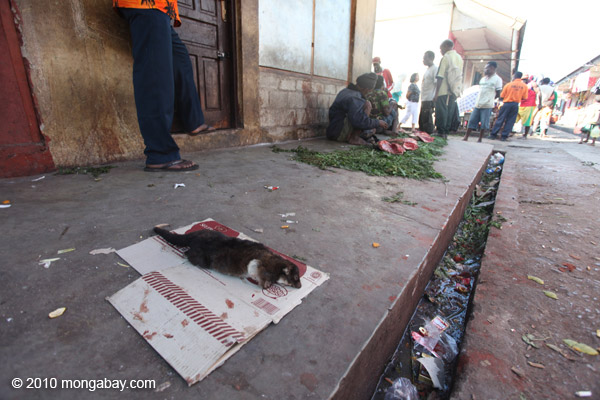 Cuscus being sold as meat in the Wamena market in Indonesian New Guinea. Photo by Rhett A. Butler

Dr. Richard Corlett is the current Director of the Center for Integrative Conservation at the Xishuangbanna Tropical Botanical Garden, which is part of the Chinese Academy of Sciences. He is also a former president of ATBC, and one of the keynote speakers for this year’s conference in Hawaii.

Dr. Corlett recently spoke with Mongabay.com about some of the insights he’s gained from his research in tropical ecology and conservation.

AN INTERVIEW WITH RICHARD CORLETT 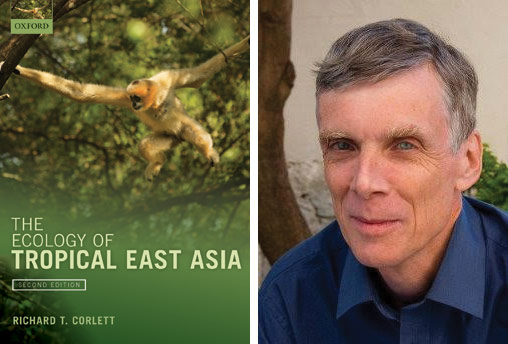 Corlett and his book, The Ecology of Tropical East Asia.

Mongabay.com: One of the aims of your research has been to understand how resilient wild species are to anthropogenic land use change in the tropics. What are some of the most surprising things you’ve discovered from this research?

Richard Corlett: The most surprising thing has been how resilient most wild species in the tropics have been so far, if not actively persecuted. Large vertebrates are threatened almost everywhere because of their vulnerability to hunting, and a wide range of smaller species of vertebrates, invertebrates and plants are probably also threatened by targeted overharvesting. In contrast, habitat destruction reduces population sizes of everything and facilitates overexploitation, but by itself has not – yet – caused many extinctions. For habitat specialists and small-range species this cannot continue forever – sooner or later the last individual will lose its last habitat – but many species have proved more adaptable than we expected and may – I emphasize may – be able to persist in human-dominated landscapes that are co-managed for biodiversity. Will they still persist in the face of rapid climate change? We really do not know: the world has never experienced climate change this rapid in fragmented landscapes before. It is huge experiment that would be very interesting to watch if we could press the reset button if things go badly wrong.

Mongabay.com: Lately, your work has focused on the impact of climate change on carbon cycling in the tropics. What predictions can we make based on what we know now? Can you give any insight into how climate change will impact Hawaii’s forest ecosystems?

Richard Corlett: The impact of climate change on the ability of tropical ecosystems to remove carbon dioxide from the atmosphere is a hugely important question for which there are, as yet, no clear answers. When it is raised at ATBC and similar meetings the room divides into two between those who think climate change and rising carbon dioxide levels – at least in the medium term – will enhance carbon dioxide uptake, and those who think the opposite. The range of uncertainty and of possible consequences for the planet is huge and not obviously narrowing. We so far rely largely on model predictions, so we desperately need field experiments in which we warm large tracts of tropical forest while giving them differing concentrations of carbon dioxide. Do-able but not cheap or easy.

Mongabay.com: Throughout your work, you’ve demonstrated a strong commitment to public outreach and environmental education. What are some of the ways that the public can get involved and interested in learning about tropical ecology?

Richard Corlett: Until I moved to XTBG three years I have always held teaching positions in universities, so my main educational focus has been on students (including writing a university textbook on the Ecology of Tropical East Asia). Public outreach has been mostly through books, interviews and public lectures. I am a great believer in getting people interested in natural history first. In many parts of world, and increasingly in tropical countries, the top experts in birds, moths, beetles, snails, spiders, orchids or whatever are ‘amateurs’, with an unrelated day job. Climate change is abstract and surrounded by uncertainty, while a new beetle species is concrete, and then once you understand a group of beetles, the consequences of climate change become obvious.

Mongabay.com: You’ve worked in the tropics for over 30 years, but you were born in England. What inspired you to leave your home country and pursue research in such a different environment than from where you from?

Richard Corlett: A friend (Ralf Buckley, Professor of Ecotourism in Griffith U) and I did some research in Malaysia while we were undergraduates at the University of Cambridge, supervised by Professor Peter Grubb, a leading tropical ecologist. I also attended the last undergraduate lectures given by the legendary Professor EJH Corner, who has been Assistant Director of the Singapore Botanical Gardens. After this introduction, I could not possibly work anywhere but the tropics! I did my PhD at the Australian National University because they would let me work in Papua New Guinea. And then while at ANU I met my future wife, from Thailand, so I have not really had a choice.

Mongabay.com: In a previous interview with Mongabay from 2009, you warned of the severe costs of overhunting in Southeast Asia, especially with regard to the impact it makes on seed-dispersal agents such as large fruit bats and fruit pigeons. What does this issue look like today?

Richard Corlett: Worse, and there is now more evidence to prove it. From southern China to Papua New Guinea, hunting is the number one threat to large vertebrates, and losses of large vertebrates are a serious threat to the functioning of natural ecosystems, in which they play irreplaceable roles. Even most ‘protected areas’ are not protected against hunters. High-value species are hunted for trade and consumed in urban areas, while low value species are increasingly hunted for fun. There still is subsistence hunting in some sparsely inhabited areas, but it is not the main threat. 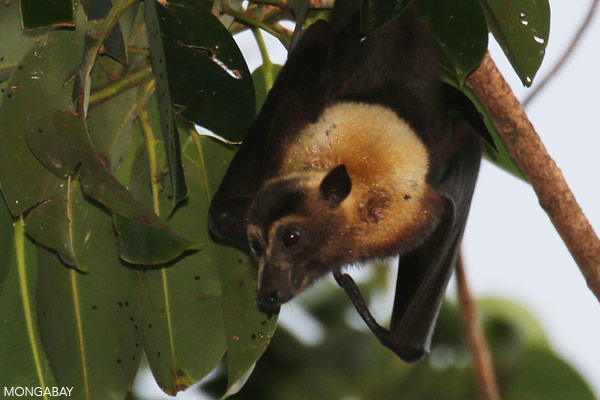 Flying fox in Australia. Photo by Rhett A. Butler

Mongabay.com: For the benefit of those who cannot attend this year, can you tell us a little about what you plan to speak about?

Richard Corlett: The main messages I will try to get across are: 1. The world has changed irreversibly and we have to get used to this; 2 There will be further changes, many of which will be surprises; 3. We need to look forward rather than backwards: to save the future not the past; 4. Although things have changed, biodiversity is still good, wildness is still good, ecosystems services are still important; 5. To understand and manage modern landscapes for biodiversity, we need to zoom out, in space and time. If I have time, I will also add that tropical biologists cannot ignore China: the largest trader in and consumer of tropical products; the biggest investor in many tropical countries; the biggest producer of greenhouse gases; and itself a megadiverse country.

Mongabay.com: After the conference, what’s next for you?

Richard Corlett: We have a lot going on at XTBG currently, including projects on conservation in SW China and a big push to collaborate more with neighboring countries, with an initial focus on Myanmar. We are only two hours’ drive from Laos and Myanmar, and not much further from Vietnam, so it is not possible to ignore the borders. Then I have two more years before I hit the Chinese Academy of Sciences age limit so I need to think about what I want to do next! 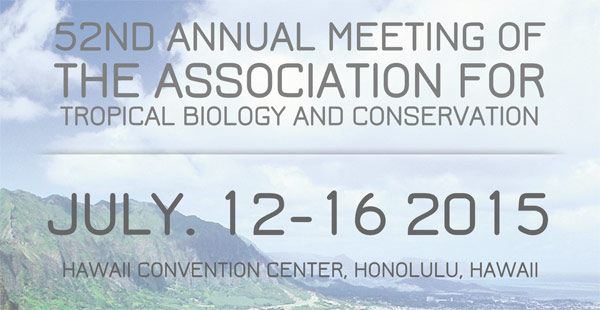