Has Amazon deforestation reached a 7-year high in Brazil? 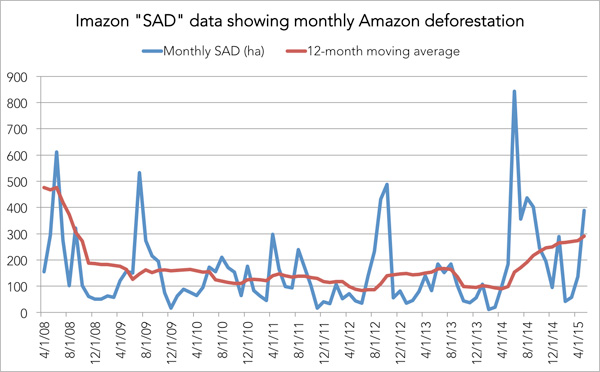 Analysis of satellite data suggests deforestation in the Brazilian Amazon may have reached a seven-year high.

Numbers released today by Imazon, a Belém-based non-profit, shows that deforestation in the region has been pacing ahead of the prior year’s level for 13 consecutive months. The 12-month moving average of short-term deforestation alert data has reached a level not seen since September 2008.

There are various theories on the increase in deforestation. Environmentalists blame a weakening of the country’s forest code, a concerted push by agribusiness interests, and a sharp reduction in government funding for deforestation monitoring and control programs. Other analysts point to a decline in the value of the Brazilian currency, the real, which makes agricultural exports and investments in rural land more attractive.

The apparent increase in clearing hasn’t been confirmed by the Brazilian government, which has moved from monthly to quarterly reporting of statistics for its deforestation alert system. However the most recent figures released by INPE, Brazil’s Institute for Space Research, were mirroring the trend revealed by Imazon. 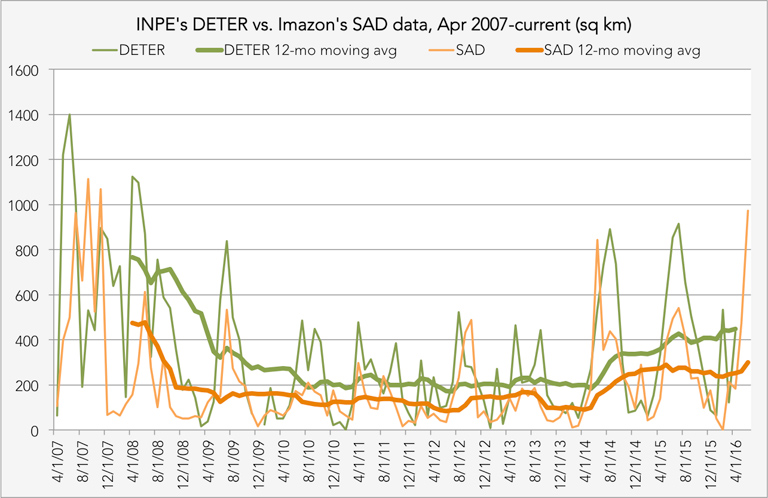 INPE’s DETER vs. Imazon’s SAD data since April 2007, including the 12-month moving averages for both. Click to enlarge 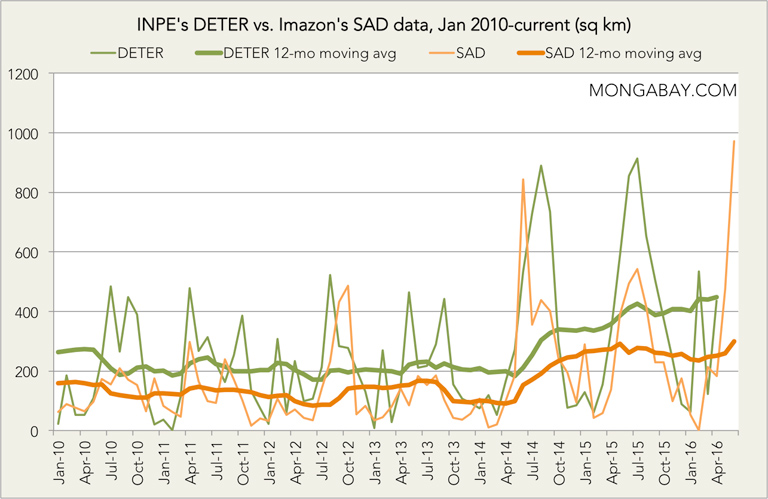 INPE’s DETER vs. Imazon’s SAD data since January 2010, including the 12-month moving averages for both. Click to enlarge

Deforestation in the Brazilian Amazon is officially tracked on an annual basis ending July 31 when cloud cover is generally at a low point in the region. Short-term data, like that released today by Imazon, is notoriously variable due to cloud cover and the lower resolution of satellite data used by alert systems.

The level of forest loss in the Brazilian Amazon between August 1, 2013 and July 31, 2014 was the lowest since annual record-keeping began in 1988.