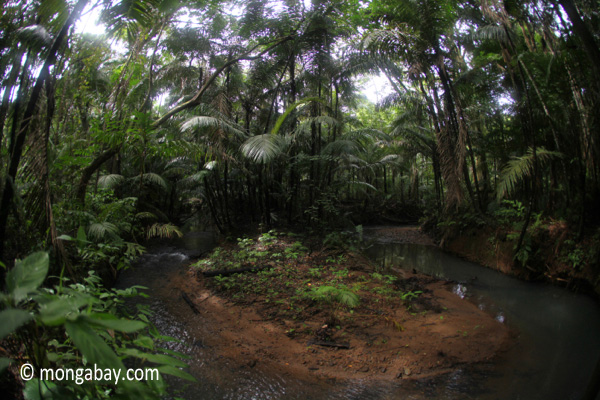 Twenty years after ratifying a legally binding UN convention which obligates parties to deal with invasive alien species, considered to be main direct drivers of biodiversity loss across the globe, Indonesia has drawn up a national strategic plan on the matter.

The plan, published on June 19 by the Environment and Forestry Ministry, outlines steps to mitigate invasive species through policy, institution-building, information management, research and education, capacity-building and public awareness. Defined by the UN Convention on Biological Diversity (UN CBD), “invasive alien species are plants, animals, pathogens and other organisms that are non-native to an ecosystem, and which may cause economic or environmental harm or adversely affect human health.”

As a party to convention – all UN member states except for the United States have ratified it – Indonesia is mandated to prevent, control or eradicate dangerous introduced species by 2020.

“Invasive alien species management has not been integrated between sectors in Indonesia,” said Antung Deddy Radiansyah, the Environment and Forestry Ministry’s director of essential ecosystem management.

“One might not agree a species is invasive because it provides economic benefits, but it could still harm another sector. That’s why we set up this national strategy to evaluate species’ impacts. Is it beneficial or not?”

In 2014, at least 2,809 foreign animals, plants and microorganisms were introduced into Indonesia, according to ministry figures.

Titiek Setyawati, a researcher at the Center for Conservation and Rehabilitation Research and Development, is trying to analyze the costs and benefits of invasive species.

“Indonesians only see benefits – they fail to see loss of biodiversity, among other things,” she said. “Take hyacinth (Eichhornia crassipes): fish and other microorganisms cannot live in water filled with it.”

Annual losses caused by introduced pests in the United States, the United Kingdom, Australia, South Africa, India and Brazil have been calculated at more than US$100 billion.

To strengthen the plan, the Environment and Forestry Ministry is drafting a ministerial decision to ban 300 invasive species from Indonesia, according to Antung.

Iwan Hilwan, a botanist from the Bogor Agriculture Institute (IPB), pointed to a need for additional research on invasive species management. He also called on the government to prioritize which invasive species present the most urgent problems.

“The government can allocate more money to certain areas if it has priorities,” he said.

He also urged the authorities to effect strict sanctions in order to deter people who might throw invasive animal or plant species into rivers or forests.

According to Titiek, the ministry’s impending decision on banned species should be included in the National Medium-Term Development Plan (RPJMN) “so it will be easy to issue ministerial decrees as we already know which ones are invasive before we can control them,” she said.

Since fully eradicating invasive species is impossible, she added, the government should focus on managing them to a certain point.