Mozambique has lost nearly half of its elephants to relentless, brutal, and highly-organized poaching in just five years, according to a new government survey. In 2010, the country was home to an estimated 20,000 pachyderms, today it houses just 10,300.

“These survey results are sobering; criminals have taken a staggering toll on Mozambique’s wildlife and natural resources,” said Cristián Samper, president of the Wildlife Conservation Society, which partnered with the government on the survey.

Almost all of the elephant poaching occurred in Mozambique’s remote northern region. For example, Niassa National Reserve lost two thirds of its elephants in the last three years alone. In 2012, conservationists estimated 12,000 elephants there, but the recent survey found just 4,400 animals alive. The researchers documented thousands of corpses.

“In Niassa Reserve we will do whatever we can to bring more outside support to respond to this tragedy. Niassa is one of the few remaining wildernesses on our planet that can, and must, hold tens of thousands of elephant one day again,” said Alastair Nelson, WCS Mozambique Country Director.

Mozambique has become increasingly known as a wildlife criminal haven and not just for those seeking ivory. Experts believe that much of the rhino poaching occurring in South Africa stems from organized criminal gangs coming over the border from Mozambique.

Until recently, wildlife laws in Mozambique were notoriously lax. But Celso Correia, Mozambique’s new Minister of Land, Environment and Rural Development, has said recently that tackling poaching has become a top priority for the government. Last year the country signed an agreement with South Africa to work collaboratively on the issue and this year signed a similar memorandum with Tanzania, which has also seen its once abundant elephant populations vanish.

The Mozambique survey was funded by the Great Elephant Census, which is attempting to put hard numbers to the poaching crisis for savanna elephants—forest elephants are far more difficult to survey.

In all, experts estimate that around 20,000-30,000 elephants a year are slaughtered for their ivory, a crisis that began in 2007 and 2008. While East Africa and Central Africa have seen many of their populations decimated, there are still elephant strongholds in countries like Botswana. 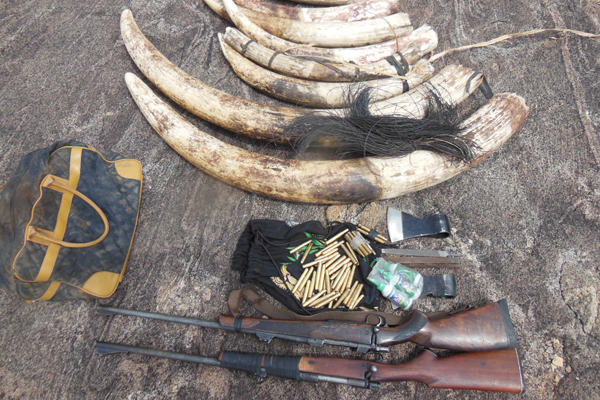