When apes have choices and preferences (commentary)

Commentary by Shawn Thompson on 16 March 2015 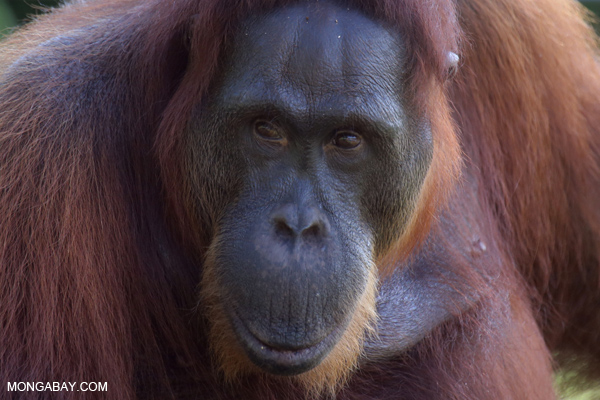 An orangutan in the forest of Central Kalimantan. Photos by Rhett A. Butler

One question that desperately needs to be asked when we talk about the rights of an intelligent species like apes is whether we allow them choices and preferences in the rights we give them.

This issue and other issues of rights have been raised by me and a small team of orangutan experts in a report we prepared to be used in the court case of the 29-year-old orangutan Sandra in the zoo in Buenos Aires, Argentina. The story of Sandra has been given prominence by the media in the West as an intriguing case of the rights of apes through mainstream news outlets such as Reuters, CNN, AP, the BBC, CBC, ABC, UPI, Al Jazeera, Fox news, NPR, the Washington Post, Scientific American, the U.K. Independent, the U.K. Daily Mail, The China Post, the Smithsonian magazine, the Jakarta Post, the Weather Network, and so on. The interest caught on.

We proposed that Sandra does have a right to choices and preferences in where she lives and how she lives. It is not a little arrogant of our species to think otherwise.

Sandra, for instance, is a single mother with a daughter, but her child was taken from her presumably without her permission, and sent elsewhere, also without her approval. Does an orangutan mother have a right to choose in matters like this?

This same issue is widespread in the discussion of whether captive breeding of intelligent species in zoos and aquariums is justified, as is being demonstrated in the debate whether to end breeding of whales and dolphins at the aquarium in Vancouver, British Columbia, Canada. Jane Goodall wrote a letter in 2014 against the practice at the Vancouver aquarium, saying that beluga whale breeding in captivity is “no longer defensible by science.” Goodall wrote in words we would also apply to the orangutan Sandra that “in captivity, these highly vocal and complex communicators are forced to live in a low-sensory environment, which is unable to fully meet the needs of their physical and emotional worlds.”

But with respect to the humanity expressed by Goodall that it is inhumane to “breed” intelligent species in captivity, isn’t that position also making a decision for the intelligent species without considering the wishes of the individual? Would we also take away the right to “breed” a child from a couple in a refugee camp or in a ghetto?

We anticipated the objection that there is no way to know the wishes of an intelligent species because of a belief that we can’t communicate with them or determine their wishes empirically. We said that the wishes of Sandra can be determined and can therefore be respected as a right. One member of our team even taught sign language to orangutans.

How this all came about is that the release of Sandra from the zoo was sought by an Argentina association of lawyers for animal rights, AFADA, and as part of that we were asked by Argentina lawyer and AFADA president Pablo Buompadre to write recommendations of what would be humane conditions for Sandra.

I brought together two distinguished and experienced experts on orangutans, Leif Cocks of Australia and Gary Shapiro of Los Angeles, to write the recommendations with me. Leif Cocks is a world-renowned expert with 25 years’ experience in rescuing and rehabilitating captive orangutans, in designing humane accommodation for orangutans in captivity, and in creating behavioral programs for the well-being and enrichment of captive orangutans. He is the president and founder of the non-profit charitable foundation The Orangutan Project, which conducts fundraising and conservation projects to help orangutans. Cocks is president of Wildlife Asia, president of the International Elephant Project, president of the International Tiger Project, and conservation fund manager for the Silvery Gibbon Project. And that is the short list of his accomplishments. Dr. Gary L. Shapiro is an accomplished independent scientist specializing in orangutans and orangutan cognition and communication since 1973, and the president and founder of the non-profit charitable foundation The Orang Utan Republik, working at the grass roots level in Indonesia, where most of the world’s wild orangutans exist, on projects to save the species from extinction.

Our initial context was based on faulty media reports that suggested that a habeas corpus application that started in November 2014 had been successful in Argentina for the release of Sandra or that some nonhuman legal right or legal personhood had been won for Sandra in court. The typical legal strategy is to try to win rights for apes by changing their legal status in court from objects to nonhuman persons. In the United States the Nonhuman Rights Project has been pursuing habeas corpus applications in court since 2013 for just this reason to try to establish the legal personhood of four chimpanzees. It was only late in the process that we realized that AFADA had lost the habeas corpus application in Argentina on appeal on December 18, 2014, although there were what is known legally as dicta, some intriguing statements from judges, and a new, separate court application from AFADA in mid-March called a recurso de amparo, all of which led to unanswered questions about their value in this instance. Buompadre and AFADA are vigorously arguing the importance of the legal initiatives AFADA is taking. What is clear in all this is that the case of Sandra became an animal cruelty investigation by the prosecutor’s office of Buenos Aires and that AFADA submitted our report on Feb. 25 as part of a submission to seek standing as a representative of Sandra.

Whatever the legal terms of engagement and the limitations of cruelty legislation, we focused on how to draft the best terms for what would be humane for Sandra, beginning with the foundation of A Declaration on Great Apes of the Great Ape Project of 1993 and the guidelines for the ethical treatment of orangutans and apes of the International Union for Conservation of Nature. A Declaration on Great Apes contains three rights and principles for apes: the right to life; the protection of individual liberty; and the prohibition of torture.

We said that out of recognition that the issue is complicated since Sandra is an institutionalized ape who was born in a zoo in Germany in February, 1986, transferred to Buenos Aires in 1998, and has lived her whole life in zoos, never knowing the habitat, society and culture of her species. Sandra is like a person born in a prison or gulag like Camp 14 in North Korea who is habituated to that unnatural life. She can’t be returned to the wild. She has to live with the transformations caused by her incarceration that are part of her now. But nobody should lose rights because of being born in captivity.

Once we realized that the legal context was suffering under animal cruelty legislation, it was obvious that our recommendations should concentrate on suffering as the denial of basic and natural needs. 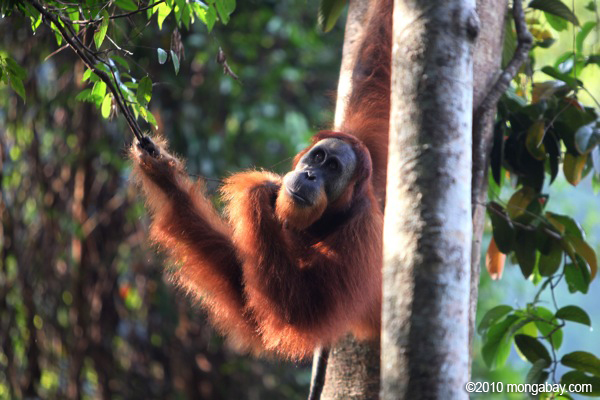 The needs of an orangutan are easy to determine based on studies of orangutans in the wild. In the case of Sandra, the situation is more complicated because she is an institutionalized ape. Nevertheless, the issue of choice and preference is even more relevant. Sandra, because of her captivity and exposure to human beings for her entire life, is what primatologists call an enculturated ape. Like a human being who is the child of immigrants in a foreign country, Sandra has adapted to a new culture and new circumstances that are not native to her and that now seem somewhat natural to her. Sure, Sandra needs to be protected against making choices that would harm her, so letting her smoke unfiltered cigarettes or drink expensive whisky because she likes that might not be a good idea. But are there some choices and preferences to which Sandra has a right?

In our recommendations, we identified categories of needs in Sandra which would likely cause her suffering if care to satisfy those needs was not taken.

Since we believed that Sandra is an individual in a specific setting, we recommended that a personal assessment of her, her needs, and her wishes, should be done by someone who was qualified to do that with a captive orangutan.

Leif Cocks and Gary Shapiro supplied the empirical method to determine the choices and wishes of Sandra. This is what our recommendations said on this issue:

Sandra is a unique ape person with her own history, character and preferences that need to be respected in making a decision that suits her. The standard of assessment for her potential for preferences and choice should be a general behavior assessment against normal standards for orangutan behavior, and the identification of known aberrant behaviors in general, such as stereotypical behaviors that are linked to mental health in an orangutan. In addition to this standard of assessment, there is a credible empirical way to assess the preferences and choices of Sandra, as developed by Gary Shapiro (who also taught orangutans sign language in the jungles of Borneo) and by well-known primatologist Biruté Galdikas, who operates a facility without walls for ex-captive orangutans in Tanjung Puting National Park, in Kalimantan, Borneo. The method is to establish a personal rapport with Sandra, which is important for her comfort and co-operation, and to present her with a series of image/object pairs to observe which image/object she more often attends to or interacts with over a period of presentations. Orangutans can learn to point to preferred items with training, but even by repeating the presentation of paired items and observing her consistent behavior, her preferences and choices can be inferred by a compatible and observant human being. This should be done early to determine Sandra’s baseline preferences.

Sandra’s need for freedom and choice needs to be respected.

Meanwhile, our best wishes go to Sandra, in her cell in the zoo in Buenos Aires, as the lawyers argue her fate in court and Sandra’s relatives in the faraway jungles of Borneo and Sumatra watch their forest shrink day by day, their extinction as a species advancing relentlessly. Carpe diem.