One of the most iconic animals on the planet got good news this week. The world’s giant panda population has risen by 268 individuals over the last decade, hitting a total of 1,864 animals, according to China’s fourth decadal survey. This represents a total rise of 16.8 percent.

“These results are a testament to the conservation achievements of the Chinese government,” said Xiaohai Liu, WWF-China’s executive director of programs. “A lot of good work is being done around wild giant panda conservation, and the government has done well to integrate these efforts and partner with conservation organizations including WWF.”

Found only in China, giant pandas (Ailuropoda melanoleuca) are listed as Endangered on the IUCN Red List. The only surviving member of its genus, the giant panda lives almost solely on bamboo. It’s currently threatened by habitat loss and degradation.

In addition to a rising population the survey found that giant pandas are also expanding their range. The species now covers 2.57 million hectares, an expansion of 11.8 percent since 2003 with around a third of the animals inhabiting range outside of protected areas. 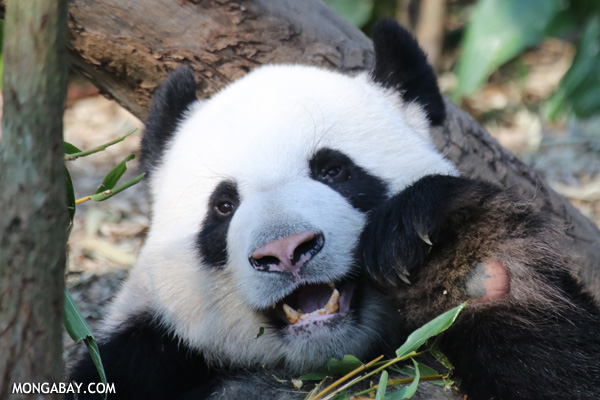