Time for a checkup: researchers examine the health of lowland tapirs

The Brazilian tapir (Tapirus terrestris) may get a bad rap in Brazil, where referring to someone as a “tapir” essentially equates to calling them an “ass,” but history has shown that this species is deserving of a lot more respect. These hardy “living fossils” have survived multiple extinction events since the Eocene, yet their ability to survive the ongoing Anthopocene extinction remains uncertain.

In Brazil, all that remains of lowland tapir populations are small isolated groups distributed across four distinct biomes: the Amazon, the Atlantic Forest, the Pantanal, and the Cerrado. Given that tapirs reproduce at the remarkably slow rate of one offspring per 14-month gestation period at best, these populations are naturally vulnerable. Combine this with anthropogenic threats such as habitat destruction, hunting, and exposure to infectious diseases and it’s no surprise that Brazilian tapirs are listed as Vulnerable by the IUCN Red List.

Fortunately, scientists established the Lowland Tapir Conservation Initiative (LTCI) in 2008 with the goal of protecting the future of this important species by conducting long-term research that directly informs conservation programs. In a recent study published in The Journal of Wildlife Diseases, results from 17 years of research (1996–2012) assessing the health of wild, lowland tapir populations provided new insights into the relationship between the health of tapir populations and their environment. The scientists studied tapir population from two of the four Brazilian biomes: the Pantanal and the Atlantic Forest.

This comprehensive study evaluated and measured every facet of both external and internal tapir physiology, from inspecting skin legions to extracting blood samples, in order to gauge the health of tapir populations from each biome, and to compare physiological differences between the two.

The researchers found that both Pantanal and Atlantic Forest populations were similarly healthy; however, significant differences were found between their blood samples. While both populations shared antibodies against five main viruses, some antibodies were more prevalent in tapirs from the Pantanal than from the Atlantic Forest. Specifically, antibodies for the porcine parvovirus were highly prevalent in the Pantanal population. The researchers hypothesized that this occurrence could be due to the ubiquitous presence of feral pigs living in close proximity to the tapirs. Feral pigs are descendants of the domestic pigs originally introduced to the Pantanal region two centuries ago, and thus could harbor the same pathogens that affected livestock.

“One of the most relevant findings of this study is how the differences in the overall health profile of the Atlantic Forest and Pantanal tapir populations appear to be more associated with environmental factors than with the target species,” said Renata Carolina Fernandes Santos, a Veterinarian for the Lowland Tapir Conservation Initiative.

Pantanal tapirs also had a higher prevalence of exposure to Leptospira interrogans, a zoonotic disease correlated with heavy rains, hot climate, and standing water. The researchers credited the prevalence of this pathogen to the environmental characteristics of the Pantantal, where seasonal floods may encourage the pervasiveness of pathogens that require water to complete their epidemiologic cycles. 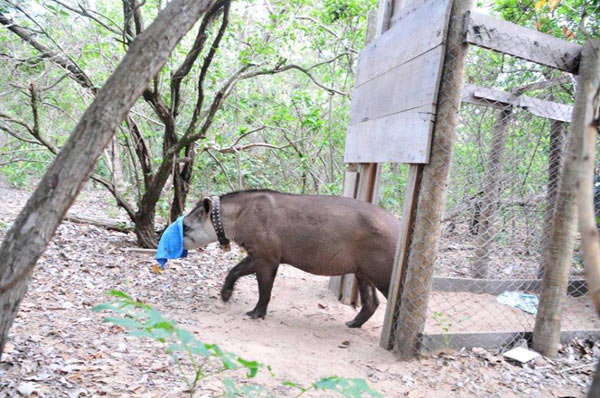 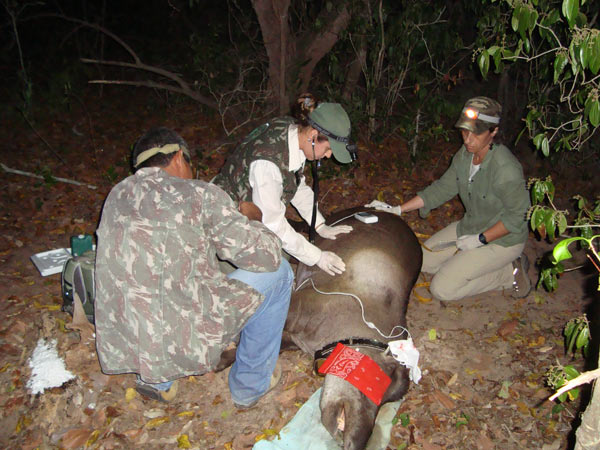 In general, the scientists hypothesized that most biological variations between the two populations were an artifact of environmental and ecological differences between the Pantanal and the Atlantic Forest.

They recommend that future health studies of tapirs should take an ecological and holistic approach in their assessment in order to improve our understanding of the connection between humans, wildlife, livestock, and pathogens.

According to Patrícia Medici, Biologist and Coordinator of the Lowland Tapir Conservation Initiative, these results will “be widely distributed to landowners in the region who will be able to better design their livestock management systems. In addition, our results on tapir health status will be fundamental for the design and implementation of future tapir re-introduction and translocation programs.” 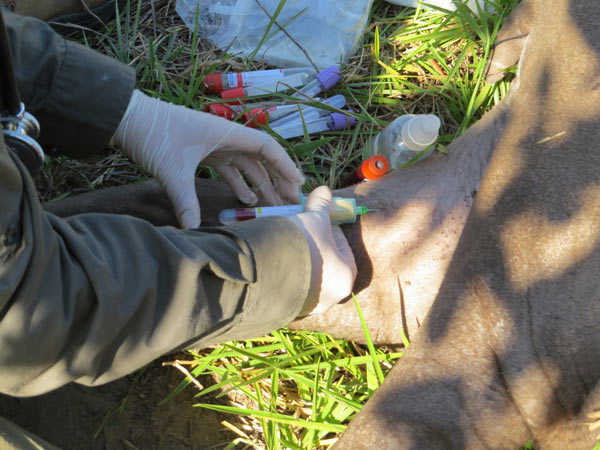 Protecting tapirs is also important because they are considered to be “gardeners of the forest.” This refers to their behavioral pattern of ingesting seeds from one location and then dispersing them through defecation at another. Tapirs love to take long walks through the forest, which means that seeds in tapir’s stomachs can travel for a long distance before eventually being deposited elsewhere. In this way, they act as vital “ecosystem engineers” by altering the abundance and diversity of plant species throughout their habitat. They also achieve this in another way: with their appetites. Tapirs are massive animals, and subsequently require a considerate amount of food to grow and be healthy.

These are some of the reasons that conservationists recognize tapirs as an “umbrella species,” which means that by protecting tapirs and the habitats they live in, other species will be protected in turn.