What’s in store for rainforests in the new year.

2014 was a landmark year for tropical rainforests, with dozens of major companies committing to eliminating deforestation from their supply chains, the launch of new platforms for monitoring forests, and sharp drop in clearing in the Brazilian Amazon, among other big developments. Here’s a quick look ahead at what might be in store for tropical forests in 2015.

After rapid adoption of zero deforestation policies by producers, traders, and buyers in the palm oil sector during 2014, the focus in 2015 may turn to implementation and policy. Remaining holdouts, like pulp and paper giant Asia Pacific Resources Limited International (APRIL), will face intensifying calls to cut natural forest conversion from their supply chains.

One key issue will be how civil society groups respond to inevitable missteps by companies. Full disclosure on unintentional slip-ups will see more constructive responses than deliberate breaches or attempts to mislead. Activists will be quick to call out what they perceive as “greenwashing”.

Another area to watch is whether companies start to push for government policies to support their commitments. “Leveling the playing field” for these early movers may include land-swap mechanisms that allow companies to trade forested lands within their concessions for non-forest land elsewhere, access to credit and other financial incentives, and stepped-up enforcement of environmental laws. The Kadin pledge — where four companies called on the Indonesian government to support policies that reduce deforestation and peatlands destruction — may be a model. 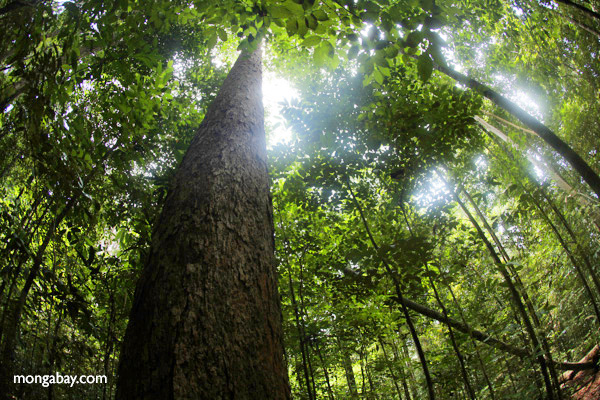 Indonesia will remain in the spotlight in 2015 as new president Joko Widodo, popularly known as Jokowi, takes on the challenge of reforming the forestry sector. Look for greater scrutiny of concession licenses, especially in peatland areas, as well as a crackdown on forestry-related corruption. Within the bureaucracy, the dynamics of the newly merged Ministry of Forestry and Ministry of Environment are still far from clear — will the new institution foster a shift away from business-as-usual approaches to forest management? And how will it work with the REDD+ agency charged with developing mechanisms for performance-based conservation?

Other areas to watch in Indonesia in 2015: second- and third-tier palm oil producers that have largely avoid civil society pressure to move toward less damaging practices; government mandates for palm oil-based biofuels; the Recognition and Verification of Rights scheme (PPH), an effort to verify ownership of 66.3 million hectares of disputed forest land by the end of the year; provincial level programs to curb deforestation like Central Kalimantan’s pilot project under the Governors’ Climate and Forests Fund; and developments with Aceh’s spatial plan revision.

3. What’s happening in the Brazilian Amazon?

Brazilian government data showed that deforestation in the Brazilian Amazon resumed its downward trajectory for the 12 months ended July 31, 2014, but there are worrying signs that the progress may not last. Data from Imazon, a Brazilian NGO, shows that deforestation since the end of July is sharply outpacing the year-earlier rate. Meanwhile proposed amendments could allow protected and indigenous territories to be opened to mining and energy extraction. Finally, senator Katia Abreu, who environmentalists have called “the Chainsaw Queen” and “Miss Deforestation” for her support of agribusiness and push to weaken environmental laws, has just been appointed as Minister of Agriculture.

Climate talks at the end of the year in Paris are supposed to establish a new framework to address climate change. Reducing Emissions from Deforestation and Forest Degradation (REDD+) is expected to have a central role in that agreement, but questions still remain about REDD+, including whether there will be sufficient safeguards to protect biodiversity, the rights of forest-dependent communities, and native ecosystems like old-growth forests and woody grasslands. At the same time, REDD+ project developers are worried that the market for forest carbon may fall far short of expectations. 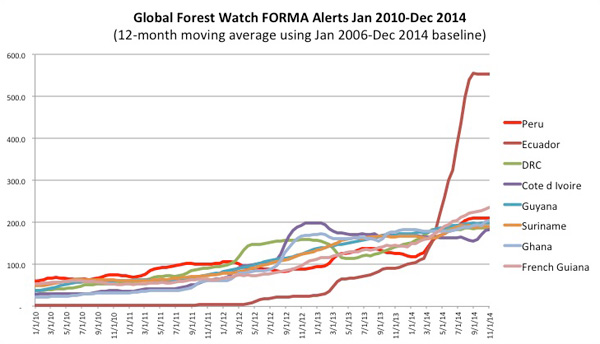 5. Where are the new deforestation hotspots?

In early 2015, a team of researchers led by the University of Maryland’s Matt Hansen will provide the first comprehensive update on global deforestation since late 2013. Near-term data from World Resources Institute suggests that deforestation may be rising in several countries, including Cote d’Ivoire, DRC, Ecuador, Ghana, Guyana, Peru, Suriname and the department of French Guiana. Will this prove to be the case?

2015 will also usher in new studies and tools that will help better quantify change in forest cover, including disaggregating plantations from natural forests and measuring degradation and loss of old-growth forests due to selective logging.

Commodity markets ended 2014 with a sharp plunge. A 50 percent drop in the price of oil clobbered the renewable energy sector but also undercut marginal energy development projects, potentially offering a temporary reprieve for parts of the Amazon where exploration was set to begin.

The broader downturn in commodity prices has uncertain implications for tropical forests. On one hand, lower prices reduce the profitability of converting rainforests for oil palm plantations or maize fields. On the other hand, companies may be less likely to adopt environmental measures if they have less cash on hand.

As Myanmar opens up further to foreign investors in 2015, concern about the fate of the country’s forests will rise. The country is home to vast tracts of some of Asia’s most endangered forests, which developers are keen to log and convert to plantations. Conservationists aim to save these areas and their resident wildlife, and quietly hope that new investors will be more sensitive to environmental concerns than the Chinese companies that have dominated resource extraction in Myanmar in recent years. 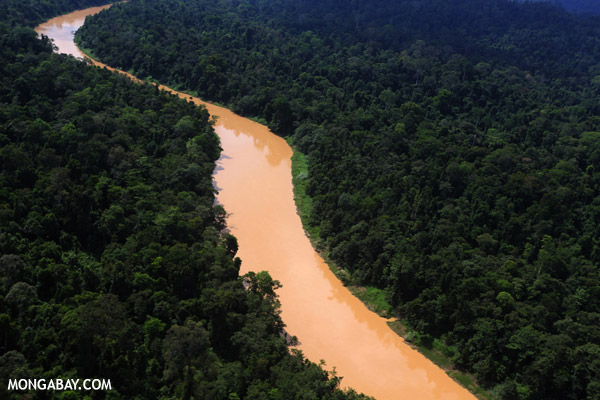 8. Dams in the Amazon

Brazil’s dam-building spree will likely expand in 2015. The first major event will be an auction for hydro projects in the Tapajos basin, one of the Brazilian Amazon’s least-impacted watersheds. After losing the battle to stop the Belo Monte dam on the Xingu River, indigenous groups and environmentalists are gearing up for a fight.

The palm oil industry’s sustainability initiative, the Roundtable on Sustainable Palm Oil (RSPO), is at a crossroads. Zero deforestation commitments adopted by two dozen companies since late 2013 go well beyond the initiative’s standard, yet all of them include RSPO criteria at the core of their policies. Greens are hoping that the RSPO will soon move to make zero deforestation a central part of its standard, but many members of the palm oil companies will be hesitant to adopt what they view as a potential limitation to their growth.

If the RSPO does move toward zero deforestation, it has a critical tool in place to do so: last year members were required to submit the GPS coordinates of their concessions.

2015 will also see the completion of a study funded by several palm oil companies to establish a threshold for defining what constitutes high carbon stock forest. Whether that definition will be accepted by environmentalists is far from certain.

Beyond the palm oil sector, the Forest Stewardship Council’s progress in moving forward on last year’s motion to include “intact forest landscapes” as high conservation value areas will be closely tracked by environmentalists. The FSC is the leading eco-certification initiative for timber and other wood products, but has been criticized by many environmentalists for loopholes in its chain of custody system and allowing first-time logging of primary forests.

Sub-national efforts to develop forest-friendly policies and initiatives will move forward in 2015. A particular focus is jurisdiction-based certification systems, under which all producers in a given municipality or state abide by environmental standards to ensure that commodities produced within its borders are “safe” for international buyers. Entities in Brazil, Malaysia, and Indonesia are considering these programs.

What are other rainforest-related things to watch in 2015? Add your thoughts below.