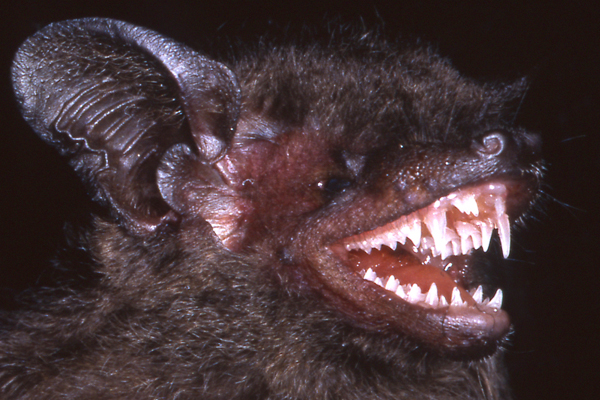 What big teeth you have, my dear! The better to eat insects with—and make one’s own ecological niche. Scientists have uncovered a new bat with stupendous canines in the rainforests of Lao PDR and Vietnam, aptly naming it Hypsugo dolichodon, or the long-toothed pipistrelle. Describing the new species in ZooTaxa, the researchers say the bat is most closely related to the Chinese pipistrelle (Hypsugo pulveratus), which is found across much of eastern Asia. However, the new species not only sports longer fangs than its relative, but is also bigger altogether.

“The new bat species was trapped by Charles M. Francis and Antonio Guillén in 1997. The conspicuous differences could be seen nearly [on] first sight, but the description of the species awaited until 2014,” lead author, Tamás Görföl with the Hungarian Natural History Museum, told mongabay.com. It took 17 years to describe the new bat because researchers had to gather more evidence and compare specimens, including ones housed in museums around the world. Genetic research also clearly proved the fanged bat was, until now, unknown to science.

But why such impressive fangs?

“The large canines may be important in grabbing prey,” Görföl said. “It may allow the bat to catch larger insects or beetles with harder exoskeleton; this may be the result of niche segregation.” 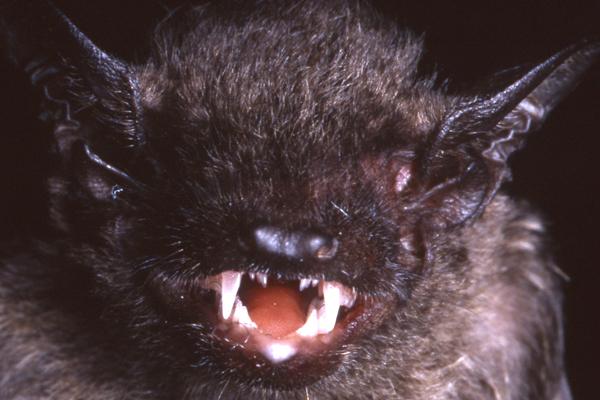 Another view of a live long-toothed pipistrelle. Photo by: Judith L. Eger.

This means that evolution may have allowed the new species to go after different prey or utilize different habitat than its close relatives, essentially carving out its own ecological niche.

Although the new pipistrelle is found in both Lao PDR (Laos) and Vietnam—including the Dong Amphan National Biodiversity Area in Lao PDR and Cat Tien National Park in Vietnam—it could be imperiled. In fact, one of the areas where the specimen was caught is currently being destroyed by the construction of a dam on the Xe Kaman River in Lao PDR.

“The proposed dam is under construction and the soil works are completely destroying the vegetation around the river,” noted Görföl. “This threatens the new bat species, but it can presumably survive in other areas of its distribution if we stop the deforestation of the tropical landscapes. The species may be cave-dweller, so protection of caves is also important.”

Like most species new-to-science very little is known about the long-toothed pipistrelle. More research, and possible conservation attention, are needed.

Bats are the second most diverse family of mammals (after rodents) with over 1,200 species and counting. Every year, several new species of bat are discovered. Bats play huge ecological roles in the environment including dispersing seeds, keeping insect populations in check, and even pollinating flowers. 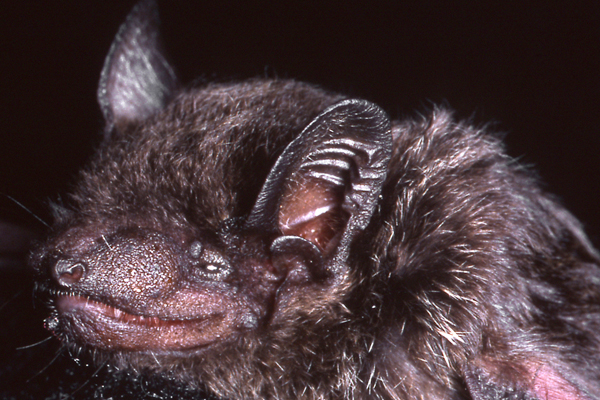