Over the past few years a new conservation approach known as the “novel ecosystems” concept has been slowly gathering steam in science, media, and policy-making circles. Based on pragmatism, it presents itself as a way forward in a world where irreversible ecosystem change is inevitable. It holds that rather than vainly trying to restore disturbed ecosystems back to their original states, we should be managing them as the new normal, especially if they continue to provide similar ecosystem services to people. However, it has come under vicious attack from a paper recently released in Trends in Ecology and Evolution.

The paper, led by Dr. Carolina Murcia from the University of Florida, sounds alarm bells over the assumptions and effects of the “novel ecosystem” concept, arguing instead for the practice of “ecological restoration.” But what exactly are these two opposing ideas? And why are Murcia and her co-authors so strongly opposed to the former?

Ecological restoration is the discipline that is traditionally applied in response to ecosystem degradation. When natural habitats are threatened or damaged, especially by invasive species, proponents of restoration invest resources and time into bringing them to their original state. An example of this is the successful 1992 project in the Humboldt Bay National Wildlife Refuge, California, to replace alien European beachgrass (Ammophila arenaria) and ice-plants (Carpobrotus edulis and C. chilensis) with native dune grass (Elymus mollis).

“Novel ecosystems” first entered the conservation scene in 2006. It operates under the assumption that many of the world’s ecosystems are crossing ecological thresholds that result in permanent alteration. These thresholds are known as the tipping points at which an ecosystem shifts to a permanently altered and stable state. As such, instead of wasting resources vainly trying to restore such ecosystems, we should be looking for ways to appreciate them in their altered forms, especially if they provide comparable ecosystem services. Since then, it has gained much attention and influence. 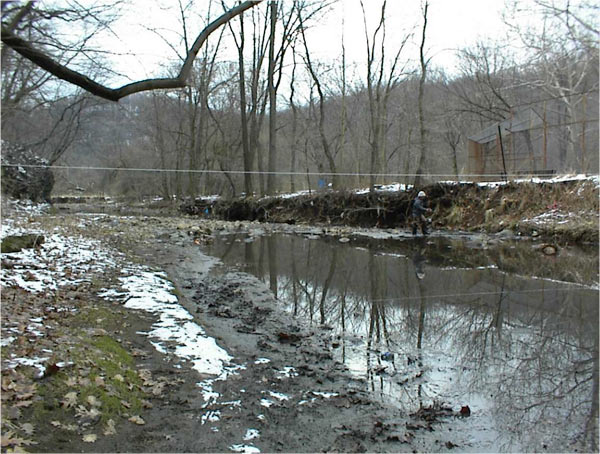 Nine Mile Run, a two-mile urban stream in Pittsburgh, USA, that was restored over several years. This is the site in 2002 prior to restoration, which shows stream bank erosion, channel over-widening and loss of aquatic habitat. Photo credit: Biohabitats Inc. 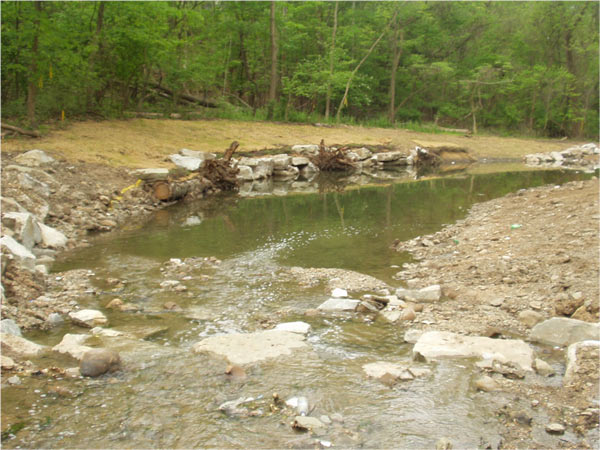 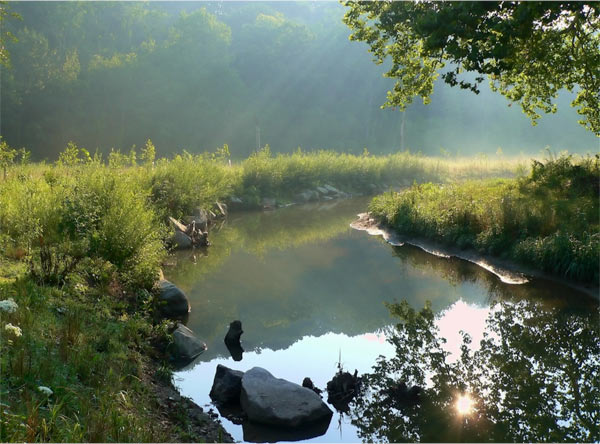 However, as the impact of the “novel ecosystems” concept has grown, so too has the backlash against it, with Murcia’s paper being one of the most recent examples. In her article and subsequent interviews, Murcia and her colleagues highlight what they view as the concept’s faulty assumptions, negative effects and narrow principles.

To start, they reject the notion that many of the world’s ecosystems are heading towards or have undergone irreversible ecological change. Although it is true that many natural habitats are being degraded, a large proportion of others are well-managed, well-preserved, or only mildly degraded. Between 2000 and 2010, for instance, Colombia gained 17,000 square kilometers (6,564 square miles) of forest cover. Furthermore, contrary to the notion that nature cannot adapt to ecological change quickly, researchers are finding evidence of greater adaptation and resilience in species than expected. For example, birds in Peru are shifting their distribution to higher altitudes due to climate change, but at much smaller rates than initially thought.

At its core, the “novel ecosystems” concept is unscientific, according to Murcia and her colleagues. It has not passed any empirical validation, nor has it undergone the scientific scrutiny that a concept with such far-reaching consequences should have. Their paper suggests that the real thresholds of which most practitioners of the “novel ecosystems” approach take heed are socioeconomic and cultural rather than ecological.

“Often, the threshold that obstructs a restoration project is not its ecological feasibility, but its cost, and the political will to commit to such a cost,”
the authors write.

The study states “novel ecosystems” is dangerous for conservation efforts on two levels. Firstly, there is no real science that measures exactly when an ecosystem is degraded beyond repair. Secondly, many of those who support the idea of an ecological threshold are simply using it as a façade; rather than ecological thresholds being breached, these individuals and/or organizations are simply unwilling to breach the socioeconomic, cultural or political thresholds that would allow the restoration of damaged ecosystems.

The authors caution the misuse of the “novel ecosystem” approach both worsens governments’ commitments to conservation efforts and provides companies with a license to pollute or mismanage ecosystems if they are able to frame the affected areas as “novel.”

According to Murcia, there already have been many cases of this misuse around the world, such as in Colombia, in which rainforest cover has increased by 17,000 square kilometres (6,564 square miles) over 10 years.

“Recently there was a meeting between the local [Colombian] environmental government agency and sugarcane growers, regarding a plan to restore riparian [i.e., riverbank] forest along waterways in a highly transformed landscape,” she said. “Sugarcane growers had clear-cut the dry forest several decades ago to plant sugarcane all the way to the edge of rivers, violating the law to keep at least 30 meters (100 feet) of forest on both sides of any river or stream. At this meeting, a landowner – who was not an academic – stated that as the new ‘novel ecosystems’ concept indicated, it was perfectly reasonable to accept and even encourage a ‘new’ ecosystem to take root, so to speak, instead of working restoring the waterways to comply with the law. It also appeared that this person found the so-called new ecosystem with exotic species more aesthetically pleasing to him than the natural system that it was replacing.

“In this way, he could obtain a new ecosystem that would provide him with the environmental service of personal enjoyment of his vision of ‘nature.’ This comment opened the door for many other landowners to boycott the effort to restore several kilometres of riparian forest.”

To Murcia and her co-authors, this all points to what is fundamentally wrong with the “novel ecosystems” concept: that it is narrow and anthropocentric. Whereas its proponents claim that changed habitats can be celebrated if they provide the same amount of ecosystem services as they originally did, regardless of species loss and ecological damage, supporters of ecological restoration say that all native species have an intrinsic right to exist. Furthermore, Murcia questions whether or not the backers of “novel ecosystems” are properly considering the planet’s long-term survival, as healthy ecosystems and biodiversity are inextricably linked. 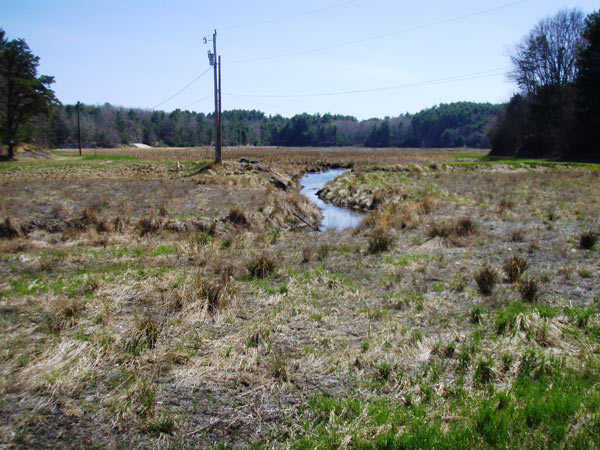 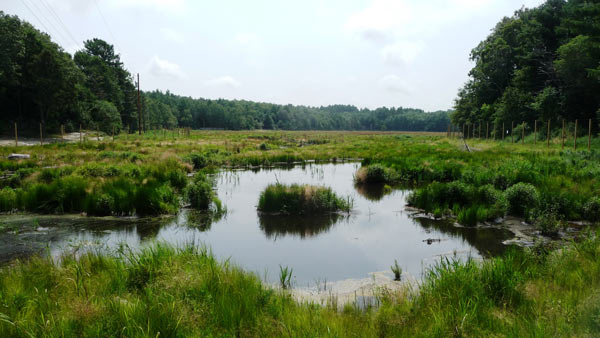 By fall 2010, it was restored into freshwater self-sustaining wetlands. This is the same scene less than a year after restoration. Photo credit: Mass Division of Ecological Restoration, Department of Fish and Game

Advocates of the “novel ecosystems” approach are quick to label those who practice ecological restoration as sentimentalists not willing to face the reality of a changing world, yet Murcia pointed out that restoration is a tried and tested concept. Her paper cites studies that have shown the effectiveness of many restoration projects. Other research increasingly shows that investing in these projects also economically benefits society. Furthermore, there are scientific journals that focus explicitly on ecological restoration studies, such as Restoration Ecology and Ecological Management & Restoration.

She also stated that she is not calling for the restoration of all damaged ecosystems, and recognizes that certain areas may have just undergone too much change to be worth the cost of restoration. However, such decisions should be made through compromise, where social values are balanced against the biological and socioeconomic costs of not restoring, as well as the economic costs of restoring.

Murcia and her colleagues understand that as human populations continue to expand, so will demand for resources such as arable land, water and energy. However, they do not see this as a reason for giving in to these demands and letting our ecosystems be damaged for the sake of exploitation. Instead, they believe we should be doing all we can to restore degraded environments as a way to force our development to become more innovative and sustainable.

“Of course, many species are likely to go extinct [in the foreseeable future], and ecosystems are and will be transformed,” Murcia said. “However, the solution is not to throw in the towel and settle with the degraded alternatives. Rather, we should insist that humankind needs to rethink the way it is interacting with nature and find ways to avoid, minimize and (failing all else) to compensate for negative impacts.” 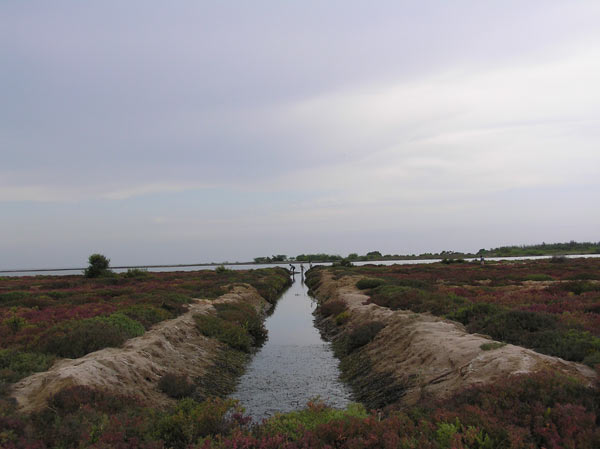 The four photos below demonstrate mangroves growing back in a naturally degraded site in Keezhathoddam village, Tamil Nadu, India. This photo depicts the site in 2007, prior to restoration. All photos courtesy of: the OMCAR Foundation. 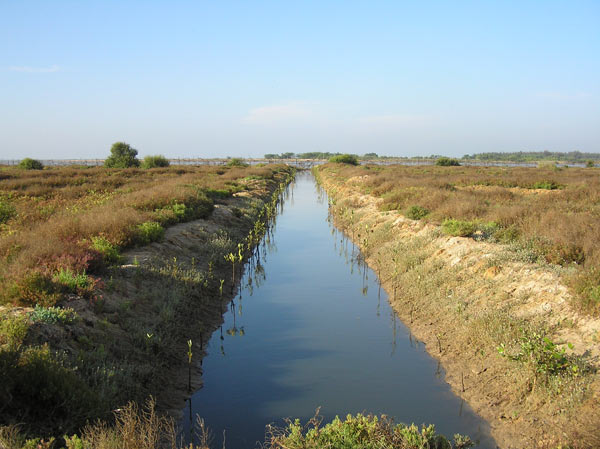 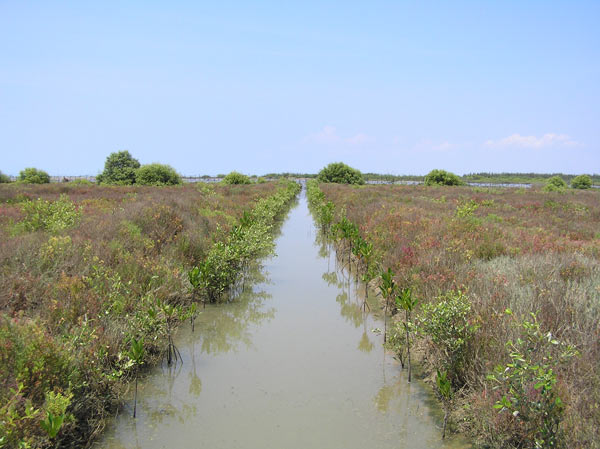 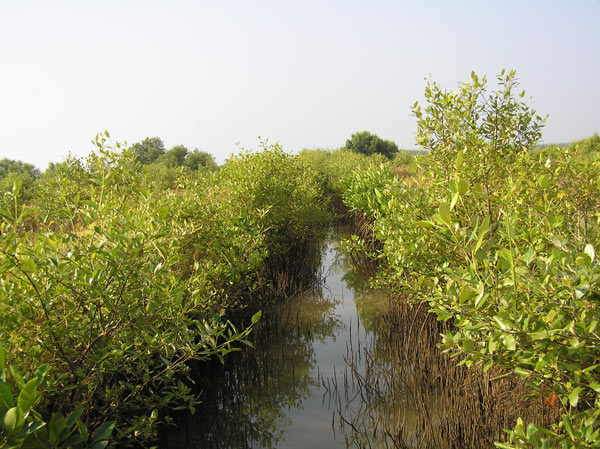 The site in 2010, three years after restoration.

(01/07/2014) A ‘systematic and comprehensive’ approach is needed to understand the impact of human behavior on the world’s public health, according to a new report. Written by the Heal (Health & Ecosystems Analysis of Linkages) consortium, the study highlights multiple examples of the impact on human health from environmental degradation, including sickness, death and even childhood reductions in IQ.

(03/29/2012) Making productive use of degraded lands and boosting productivity of small-holder farmers are key to meeting surging global consumption of agricultural products while preserving critical wildlife habitats, said an agricultural expert on the sidelines of the Skoll World Forum for Social Entrepreneurship in Oxford.