Connecting the Dots: from Christmas Cookies to Climate Change

Commentary by Jeff Horowitz on 26 December 2014

Jeff Horowitz is the Founder of Avoided Deforestation Partners and a co-producer of “Years of Living Dangerously” a Showtime climate change documentary series. 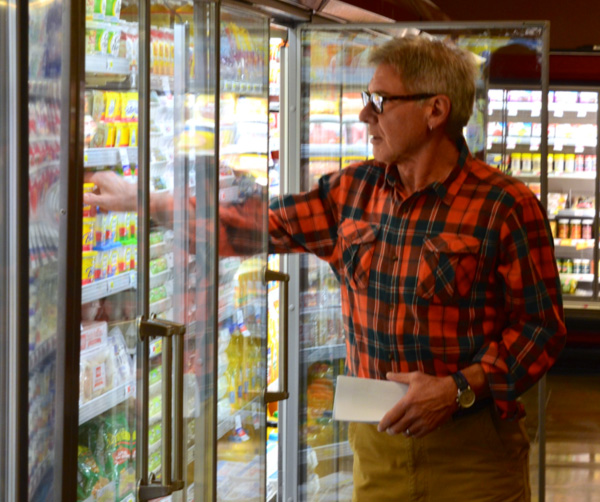 Harrison Ford checking out everyday products to see which ones contain palm oil. Not exactly the high-octane activity we associate with an adventurer like Ford…so what gives?

Ford cares about the ingredients used to make these products because our high demand for these everyday consumer goods is directly tied to high rates of deforestation and climate change. He was in the frozen food aisle to find out just how prevalent palm oil is in our food supply. It turns out that this ubiquitous oil is found in roughly half the packaged products sold in the average U.S supermarket. Palm oil is in ice cream, chocolate products, candy bars, potato chips — even Christmas cookies. And it’s extremely versatile: it’s a key ingredient in lipstick, shampoo, detergent, and even biodiesel.

You may not know that for all his success as an actor, Harrison Ford’s personal passion is nature conservation. He’s Vice-Chair of Conservation International, a U.S.-based non-profit that strives to protect the earth’s natural resources.

Ford and many other well-known individuals, including Dr. Jane Goodall, Sir Richard Branson and HRH Prince Charles, have made it their personal mission to raise public awareness about our rapidly disappearing rainforests. Most people simply do not know that what we eat, drink and buy here in the developed world is playing a big role over there, in those far away tropical countries like Indonesia. It turns out that our ever-increasing demand for raw ingredients like palm oil is causing rampant deforestation and contributing significantly to climate change.

The problem with palm oil is not with its nutritional value (it’s actually a good trans fat substitute), but with how the crop is developed. Countries such as Indonesia and Malaysia have the perfect climate for growing oil palm trees, but expansion often comes as the expense of rainforests, which are razed and burned to produce this commodity crop. Since 1990, more than 8 million acres Indonesia’s rainforests—an area 3,600 times the size of New York City’s Central Park—have gone up in smoke to make way for lucrative palm oil plantations. In fact, tropical deforestation sends billions of tons of carbon pollution into the air each year, an amount equal to all the cars, trucks, planes and ships in the world combined. 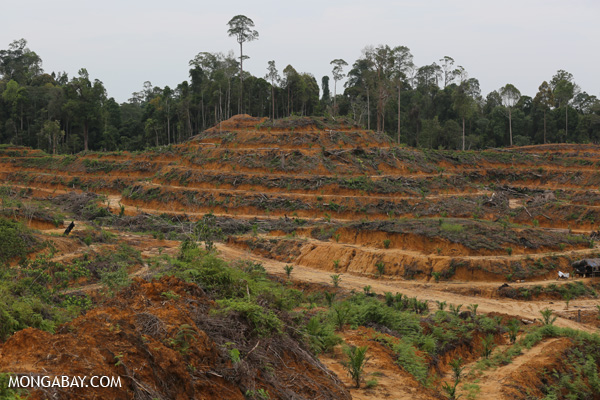 Deforestation for palm oil in Indonesia. Photo by Rhett A. Butler.

In rainforest nations, local communities, governments and conservation groups have done impressive work to protect these invaluable forests. But one of the biggest breakthroughs in recent years has been with the most unlikely of conservation partners: the multinational companies that produce thousands of the goods we see on our store shelves. Ford and others have been finding that there’s a new breed of “tree hugger CEOs” who realize that concern for the environment isn’t just a quaint idea leftover from the 1970s – it’s actually good for their bottom line.

Here’s how it breaks down: businesses need a steady supply of raw materials like timber, cork and resin, all of which come from tropical forests. But we are losing these forests to logging, cattle ranching, and plantation agriculture at the alarming rate of an acre per second. Couple that with population growth projections of 9 billion by 2050, and, well, you don’t need an MBA to figure out that resource depletion is a very real threat. Companies and consumers will be hit hard if these forests and the resources they provide are not protected. 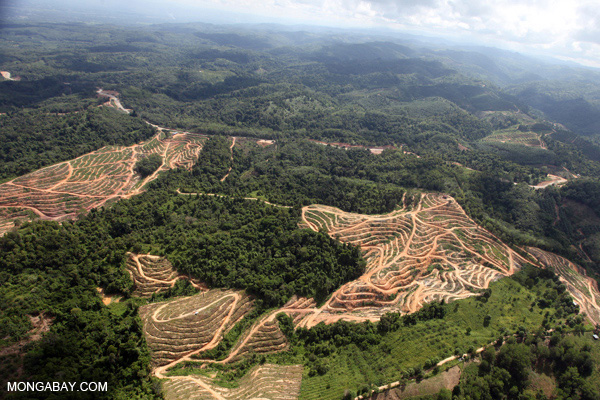 Deforestation for plantations in Borneo. Photo by Rhett A. Butler.

As concern for the environment and the related threat of resource depletion grows, the heads of some of the biggest food and commodity companies in the world – Unilever, Cargill, Proctor & Gamble, Nestle, Kraft, and even Wal-Mart – are looking to uncover ways to reduce and ultimately eliminate deforestation. Even more surprising, these companies (collectively worth over $3 trillion in sales) have taken a collective pledge to be “deforestation-free” by 2020. It’s a good start, but many more brands need to follow for our forests to remain standing.

So while you’re out grocery shopping this holiday season, keep in mind the connection between ingredients like palm oil and deforestation. Use your purchasing power to send a powerful message to those unenlightened companies: if you turn a blind eye to deforestation, we will turn a blind eye toward your products! As our favorite action hero reminds us: if we all are to survive and thrive, we need to give nature a chance.