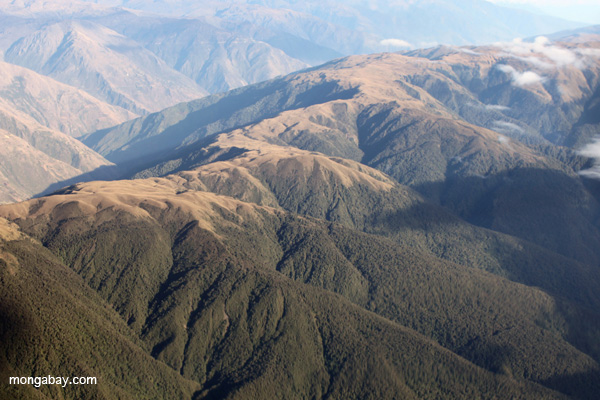 The edge of the Amazon rainforest in Peru

Field plots in the Amazon are often not representative of the habitats surrounding them, potentially biasing extrapolations made across the region, argues a new paper published in the Proceedings of the National Academy of Sciences (PNAS).

The research is based on advanced three-dimensional mapping of forest structure within field plots and in surrounding areas using sensors aboard the Carnegie Airborne Observatory, an airplane-based system. It finds that field plots can be poor proxies for the overall condition of a forest.

“We found highly variable and inconsistent performance of field plots relative to actual forest conditions across both Amazonian and Andean landscapes,” said lead author David Marvin of the Carnegie Institution for Science in a statement.

The problem with unrepresentative field plots is that they potentially bias extrapolations based on plot data.

A news release from Carnegie explains: “For decades, the primary method of studying tropical forests has been field inventory plots—specially selected areas assumed to represent their surrounding forested landscapes. And the norm has been to extrapolate findings from these plots to much larger geographic scales. In the Amazon, fewer than 500 field plots, typically about one hectare in size (2.5 acres) or less, are used to represent more than 500 million hectares (1.2 billion acres) of forest.” 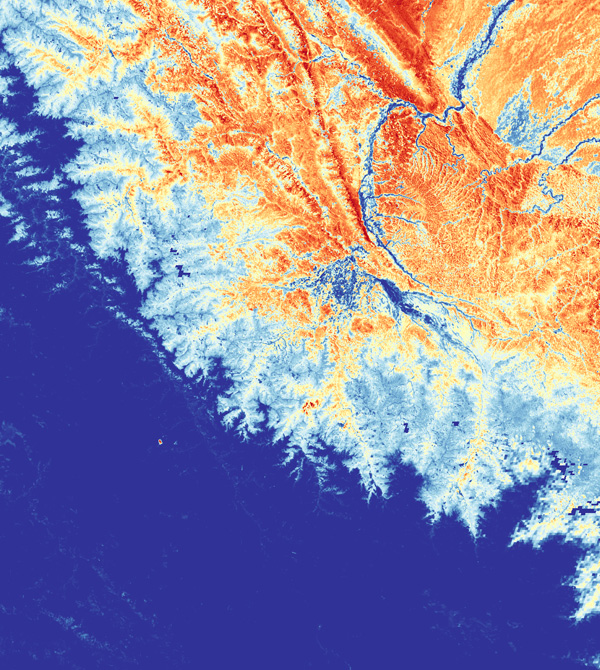 Carbon map of a section of the Andes-Amazon transition zone. Red reflects high carbon stocks, blue and purple low or no terrestrial carbon. Courtesy of the Carnegie Institution for Science

But while there are short-comings of the current network of field plots, the researchers nonetheless say that they are an essential component to research.

“The plots examined by our study were created for a variety of reasons other than large-scale estimates of forest structure and biomass, and such plots have been instrumental in understanding and interpreting many forest processes,” Marvin said. “Field plots can also serve the important purpose of calibrating and validating remote sensing data.”

“Ultimately these results do not devalue the importance of field monitoring, which is still essential for the in-depth understanding of tropical forests, including many features beyond biomass and structure,” says Yadvinder Malhi of Oxford University, a co-founder of forest monitoring networks in the Amazon and Andes, who was not involved with the study. “But they do point to innovative and intelligent new approaches that can combine the best of field monitoring and remote sensing to understand processes and change in these remote and complex tropical forests at landscape and larger scales.” 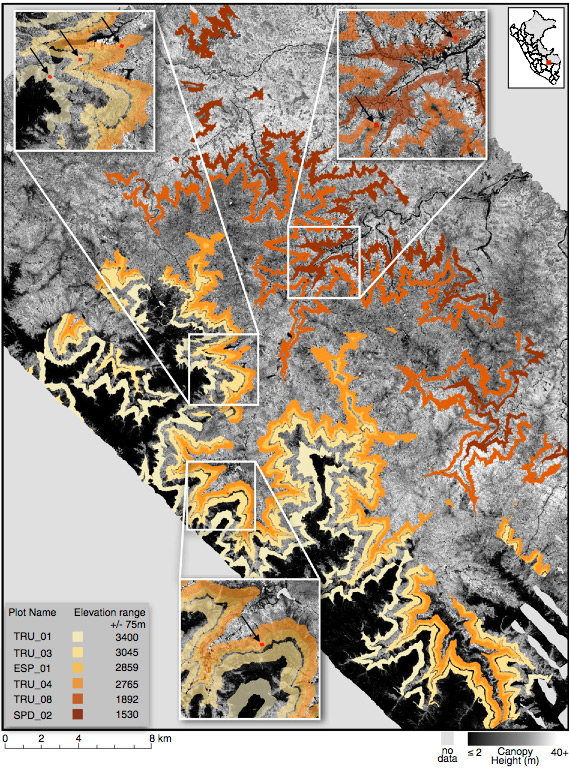 Field plots compared with surrounding landscape at Kosñipata, Peru. Courtesy of the authors.

The authors suggest that expanding the number of field sites across the Amazon to become more representative would be an impractical and cost-prohibitive endeavor. Instead they argue that remote-sensing approaches — calibrated using field data — could improve accuracy and scalability.

“With the advent of new 3-D mapping techniques, we can make much more tactical and cost-effective decisions on where to focus our fieldwork, and we can use fieldwork to more deeply interpret the maps created from the air,” said Greg Asner, who established and leads the Carnegie Airborne Observatory. “We can now estimate the canopy structure and carbon content of a forest as accurately from the air as we can in the field, but from the air, we can make measurements everywhere—something that is impossible on the ground.”

The paper comes two months after Asner and colleagues argued for a $250 million campaign to map the world’s tropical forests at high resolution. They said that LiDAR-based mapping of forest structure would provide accurate estimates of terrestrial carbon stocks while helping scientists answer important ecological questions about the world’s rainforests.