Cattle pasture and a forest reserve in Mato Grosso, Brazil. Photo by Rhett A. Butler

Cattle ranchers that drive the vast majority of forest clearing in the Brazilian Amazon are unlikely to be held at bay indefinitely unless they are afforded new incentives for keeping trees standing, argues new analysis published by an economic research group. The findings suggest that Brazil’s recent progress in reducing deforestation — annual forest loss in the region has dropped by roughly 80 percent since 2004 — could easily be reversed.

The study, which was carried out by Datu Research on behalf of the Environmental Defense Fund (EDF), looked at the costs of recent efforts to curb deforestation for cattle production. Datu found that ranchers bear the heaviest costs of zero deforestation commitments established by Brazil’s largest meat processing companies — JBS, Marfrig, and Minerva — which control nearly two-fifths of the country’s cattle market. Deforestation for cattle production remains a much cheaper option than sound pasture management.

“Choosing pasture management over clearing new land represents daunting costs for ranchers,” states the report. “The estimated cost to deforest 145 hectares of new land… is between R$65,250 and R$217,500 [$27,000-$91,000]. These gross costs do not account for earnings from the sale of timber, which may actually yield a net profit for clearing forest. By contrast, pasture management for 145 hectares will cost roughly R$412,000 [$173,000], a significant premium.”

The problem is that responsibly-produced cattle products don’t yield a sufficient premium to make it worth a rancher’s while to abandon deforestation. And industry consolidation may be making the problem worse for small producers.

“As costs have increased, revenues have not kept pace, due in part to the rapid consolidation of Brazilian beef processors,” stated a release issued by Datu. “From 2011 to 2013, the combined market share of JBS, Marfrig, and Minerva grew from 24% to 37%. In some states, such as Mato Grosso, the three top firms’ share is 68%. With fewer options for selling their cattle, ranchers have diminishing bargaining power.”

Furthermore, rampant fraud and corruption makes it easy to circumvent the industry’s system for tracking cattle from the ranch to the slaughterhouse. Additionally, acquiring actual title to land that is required to qualify as “deforestation-free” can take years. 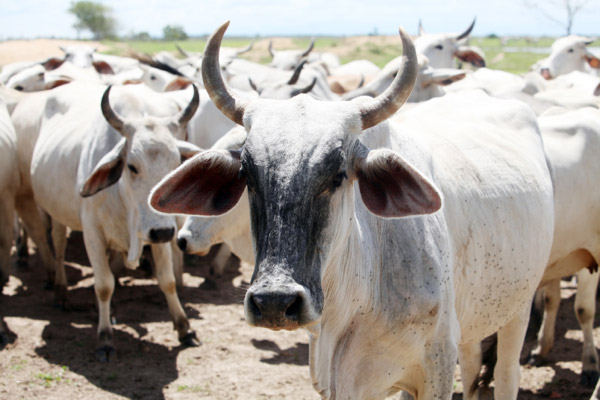 “A crucial element is land tenure, and the institution of land tenure in Brazil is deeply flawed,” says the report. “Several ranchers interviewed for this study have been waiting for years—sometimes more than 20—to receive a title to their land. Without a title, banks will not approve ranchers for the credit they need to make the costly transition to a deforestation-free operation.”

To compensate for diminishing profitability, some ranchers indicated they plan to start cultivating oil palm, a crop that from a profit standpoint far outperforms cattle ranching. While environmentalists may cringe at the notion of oil palm expansion in the Amazon, if it is planted on degraded cattle pasture instead of replacing forests, the impact could be far less than in other parts of the world like Indonesia and Malaysia where vast areas of peatlands and rainforests have been converted for plantations. Yet there is no guarantee that landowners will adopt a deforestation-free approach to palm oil production in the Amazon. 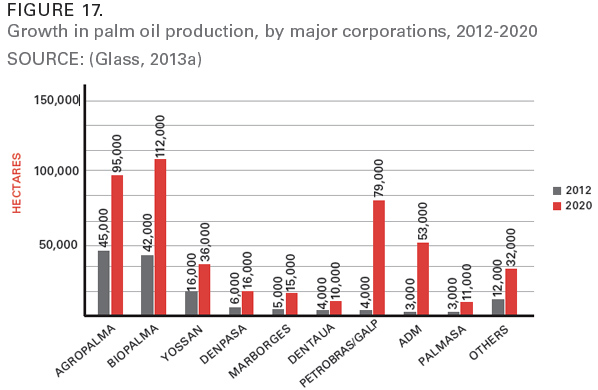 Projected oil palm expansion by corporations in the Brazilian Amazon, 2012-2020. The report cite data that suggests Brazil’s target of 5 million hectares of oil palm by is wildly optimistic.

The report argues that the potential increase in complexity in what commodities drive deforestation in the Amazon lends support for a “jurisdictional approach” to certification, rather than targeting zero deforestation for specific commodities. The report says that a jurisdiction-based approach — which, as it happens, is strongly advocated by EDF — could avoid some of the risks associated with commodity certification schemes.

“Commodity-by-commodity efforts such as the Working Group for Sustainable Beef (GTPS) and Roundtable for Responsible Soy (RTRS) have worked successfully with powerful firms to prevent deforestation in the beef and soy supply chains, thus helping to achieve impressive reductions in land clearing. However, future commodity-by-commodity efforts are not certain, as demonstrated by the recent decision to end the Brazilian Soy Moratorium in December, 2014,” explains the report. “Roundtables also face challenges in globalized markets; for example, the RSPO, influential in western markets, has less impact in the highest palm-oil-consuming countries (China, India, and Indonesia), where environmental concerns are of lower priority.” 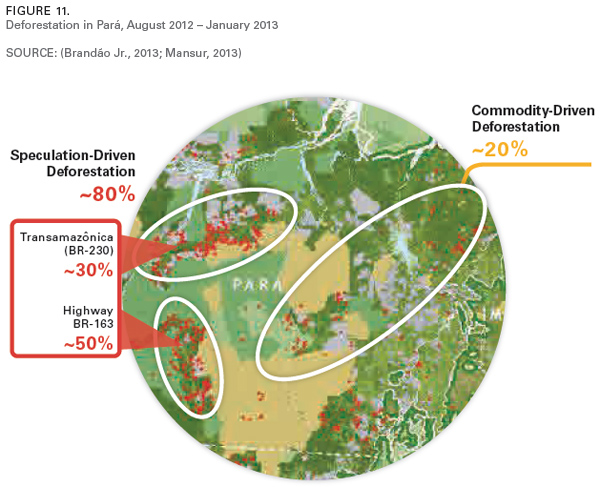 The report says that land-clearing for speculation is “rapidly increasing” in Brazil. It cites a 2013 study that suggests only 20 percent of deforestation in a part of Pará was for crop production. The rest — 80 percent — was to speculate on appreciating prices for agricultural land. Datu argues that jurisdictional approaches could limit deforestation linked to land speculation.


“Future efforts will require moving beyond a single supply chain focus. Continued success will require complementing roundtable efforts with innovative measures that work across multiple commodities,” it continues. “By certifying a given jurisdiction, and all commodities produced in it, as ‘deforestation-free,’ authorities would no longer have to track thousands of producers, instead focusing on a single geography.”

Datu says this approach could be enforced by satellite monitoring and encouraged by carbon payments under the REDD+ mechanism for avoiding emissions associated with deforestation.