The Environment Ministry of Sintang Regency, West Kalimantan, Indonesia declared that the water in many rivers and lakes is unsuitable for consumption due to high levels of pollution.

“Much of the river water in Sintang, including the Kapuas and Melawi river, is not fit for drinking,” advised Junaidi, the head of Sintang’s Environmental Damage and Pollution Control Agency (BLH). The warning also included the Ketungau and Serawai rivers.

Junaidi did not deny that the conversion of land to oil palm, and subsequent runoff from fertilizers and pesticides may be partially responsible. However, he did single out illegal mines as major polluters.

“The river contamination is also a result of illegal gold mining,” he stated, “Quite a few miners use dangerous chemicals such as mercury for mining.” 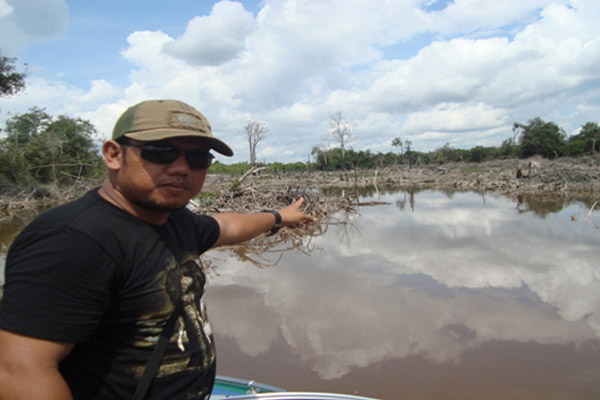 Junaidi went on to clarify that BLH had little power to do anything about the problem, since the agency is responsible for monitoring only.

“BLH only performs routine detection,” he said, “We then pass along the results to the proper authorities. For example, if the pollution is a result of illegal mining, we will inform the Department of Mining and Energy.”

The Sekayam subdistrict at the headwaters of the Sayah river is well known for illegal gold mining. The pollution from these activities flows into the Ketungau river where it affects the villages along its banks. However, according to some residents, while locals used to be outraged by the upstream pollution, as more people have started mining themselves, the issue has quieted down.

“In Ketungau, if anybody talks about water pollution, we quickly make enemies,” Suryo, a Ketungau resident told Mongabay-Indonesia, “In fact, during the recent elections none of the local candidates was willing to take the risk by talking about the impacts of illegal mining. All of them were afraid of losing their constituent support.”

“There are certain places where it is difficult to find clean water,” he told Mongabay, “In Sepiluk, water scarcity is the primary issue since the rivers that the community once depended upon for their livelihood are now surrounded by oil palm.” 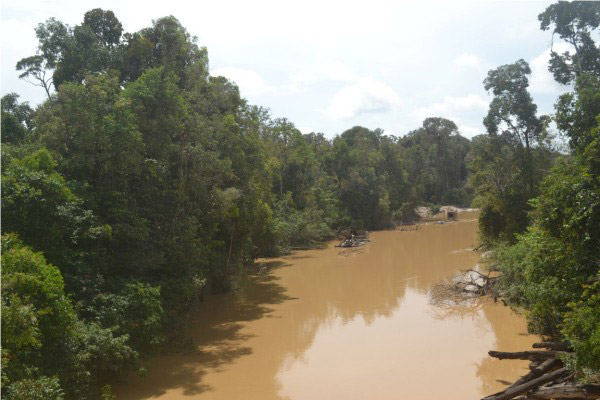 Currently, the residents of Sepiluk must travel long distances to collect clean water, while many are forced to purchase it—an expense most households can not afford.

Mardiansyah says he has repeatedly brought the issue before Sintang government, but has seen little forward progress. “If the present condition does not change, it is the same as slowly killing the residents,” he said. “Remember, their water is already polluted. Water is a mainstay of the community. It should not be affected by plantations.”