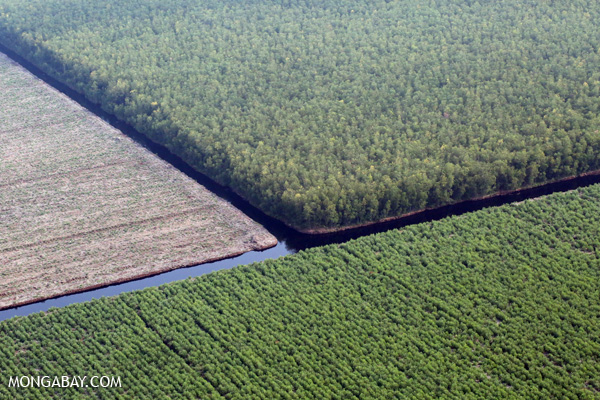 Asia Pulp & Paper (APP) will not acquire companies that continue to destroy forests, according to a new procedure for association introduced by the Indonesian forestry giant.

The procedure, developed after months of consultations with NGOs, effectively closes a loophole some environmentalists feared would allow APP to sidestep its zero deforestation commitment by acquiring companies that continued to clear forest after its February 5, 2013 deadline.

“Our Association Procedure applies to all existing and future suppliers,” she said. “Through its introduction, we are sending a strong signal to all potential future business partners about our commitment to no-deforestation in the supply chain. The message is simple – any suppliers who might wish to do business with us in the future should immediately look at their supply chains to ensure they are in line with APP’s commitment to Zero Deforestation.”

APP said it is currently applying the procedure to four potential pulpwood suppliers. APP added that the procedure lays out steps for working with suppliers to bring them into compliance with the policy, including “forest restoration” or “improvements in management practices”. 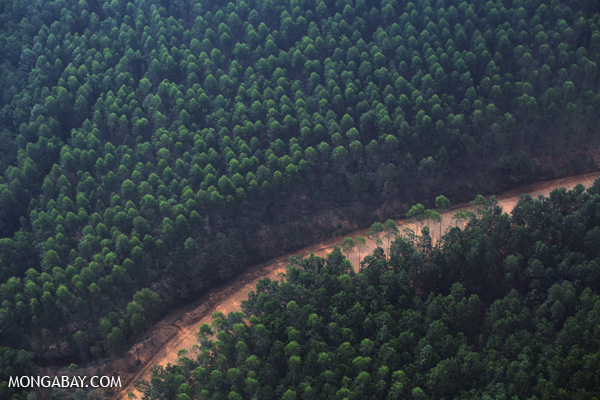 APP concession in Sumatra in February 2014.

Since the establishment of the policy, APP has taken further steps to burnish its environmental credentials, which until last year were in shambles due to the large-scale damage it caused across rainforests and peatlands in Indonesia. In January, the company hired the Rainforest Alliance to independently audit its compliance with the forest policy, while in April, APP pledged to protect and restore a million hectares of native forests. The latter move pushed WWF — the lone major international NGO still campaigning publicly against APP — to announce support for the policy.

APP’s policy stands in stark contrast to that of its largest competitor, Asia Pacific Resources Limited International (APRIL), which also operates in Sumatra and Kalimantan. While APRIL announced a forest conservation policy of its own earlier this year, it has been widely criticized for falling short of APP’s commitment. For example, when Greenpeace released evidence in May that APRIL was continuing to clear peat forest in Sumatra, the logger said the forest destruction is consistent with its pledge.

APRIL has also made several controversial claims about its policy that have been refuted by Greenpeace and others.

“APRIL continues to claim, in documents leaked to Greenpeace, that it has “strong support” from WWF and that the Norwegian Government has endorsed its ‘Sustainable Forest Management Policy’,” said Greenpeace in a statement. “Both WWF and the Norwegian Ambassador to Indonesia have confirmed that these statements are incorrect and that they do not endorse the policy.”

“RGE/APRIL has been quick to blame others, but clearing and draining peatlands are a significant reason for the fires,” said Greenpeace spokesperson Zulfahmi. “It’s like dousing your house in petrol and blaming a passing smoker when it all goes up in flames. Until all forests and peatland are fully protected, the fires will continue to take hold.”

Greenpeace is now threatening to target companies that continue to source paper products from APRIL, including International Paper, 3M and Costco.

Meanwhile APP recently won back Staples, a U.S. office products giant that stopped buying from the company in 2008 over deforestation concerns. APP hopes more companies will soon follow, acknowledging the reforms it is taking. 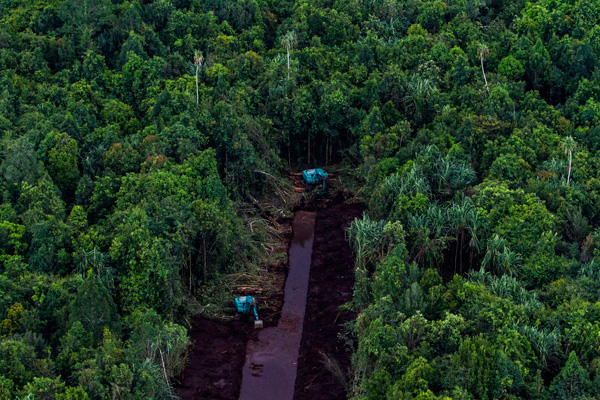