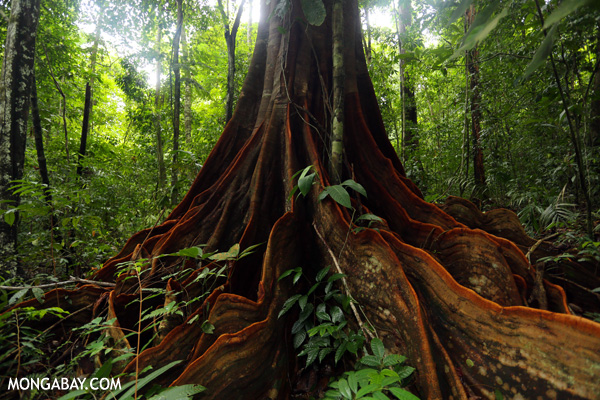 Efforts to slow destruction of tropical forests seem to be paying off in a number of countries, argues a new report published by the Union of Concerned Scientists (UCS).

The report, Deforestation Success Stories: Tropical Nations Where Forest Protection and Reforestation Policies Have Worked, focuses on 17 countries where UCS says there are signs of progress in addressing deforestation. The countries range from rainforest behemoth Brazil, which has seen its rate of annual forest loss in the Amazon decline more than 70 percent over the past decade, to Vietnam and El Salvador, countries that were stripped of their natural forests but are now expanding their forest cover via reforestation.

At the global level, UCS says annual tropical forest loss declined nearly 20 percent between the 1990’s and the 2000’s. The reduction has cut deforestation’s share of greenhouse gas emissions from human activities from roughly 17 percent to ten percent.

The reasons for declining deforestation are variable across the sampled countries. In some nations deliberate policies contributed to a fall in deforestation (Brazil, Mexico, Costa Rica), while in other cases less indirect factors like outsourcing of timber production (Vietnam), economic transitions (Costa Rica, Central Africa) and remittances (El Salvador) impacted changes in forest cover.

“What’s surprising about today’s report is the number of countries that are effectively protecting their tropical forests and the wide variety of policies and programs that are working,” said report author Doug Boucher, director of UCS’s Tropical Forest and Climate Initiative. “There’s no one right way to stop deforestation, but rather a smorgasbord of options.” 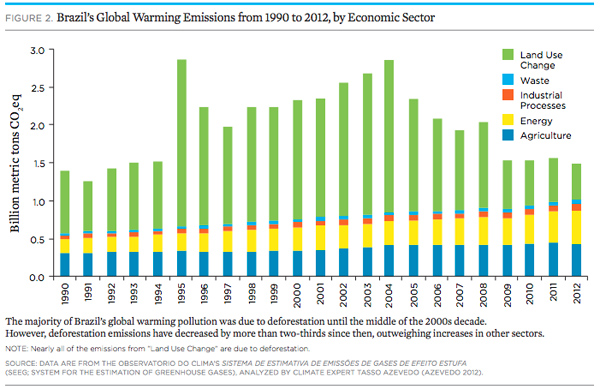 Emissions from various sectors in Brazil. Note the decline in carbon emissions from deforestation since 2004.

While the report reviews some well-known cases, like including Brazil, Costa Rica, and Mexico, it also examines some counterintuitive examples like Guyana, which has seen a rise in deforestation since 2007. UCS says Guyana represents a positive story because while deforestation is rising, it is much lower than would be expected from a poor forested country experiencing rapid economic growth. 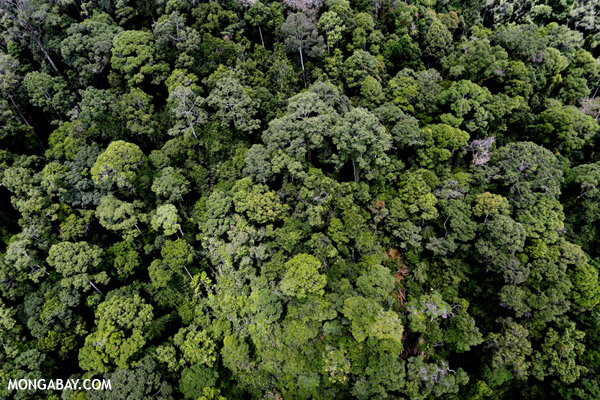 The report concludes however that while there is progress in reducing deforestation, much work still has to be done to address the issue. Some countries, like Indonesia, continue to experience high rates of forest loss, while within some of the “success” countries, problems like leakage — where forest clearing is displaced to neighboring countries — and forest degradation from logging remain.

“Nearly all the successes are partial ones, with the drop in deforestation or extent of reforestation limited by factors such as ‘leakage’ (transfer of emissions elsewhere) due to globalized commodity production,” the report states. “But despite the varying outcomes, the overall result is that deforestation has been reduced and reforestation increased.”