A new study published in Global Environmental Change added up all the world’s ecosystem services – from carbon storage and crop pollination, to recreation and flood mitigation – and found, every year, nature provides $145 trillion in benefits. It also indicates that land use changes, most of which has been caused by humans, may be reducing these benefits by trillions of dollars every year.

To put this into perspective, the cumulative gross domestic product (GDP) of all nations as calculated by the World Bank was $97 trillion in 2012, with the U.S. topping the list at $16 trillion.

Tropical forests provide many important ecosystem services such as carbon sequestration and temperature regulation, which scientists estimate contribute to a total worth of $5,280 per hectare per year. Yet, every day, 50,000 hectares are lost to deforestation. Photo by Rhett A. Butler.

The study was compiled by a team of scientists from various universities around the world. They estimated the value of the world’s ecosystem services by assessing both their direct and indirect benefits to human welfare.

“Nature is not just a pretty place,” lead author Robert Costanza, from The Australian National University’s Crawford School of Public Policy, told Business Insider Australia. “Nature is a large and important part of the real economy which adds to human well-being.”

The team specifically looked at 10 biomes, including coral reefs, tropical forests, grasslands, and both inland and coastal wetlands. They compared data collected over 15 years, and found that land use changes have caused big shifts in many biomes and, consequently, their value to humans. Marine ecosystems showed the biggest reductions in value, which the authors attribute largely to losses of coral reefs. Terrestrial ecosystems such as tropical forests and wetlands also showed significant reductions, due primarily to deforestation and draining.

“Our estimates show that global land use changes between 1997 and 2011 have resulted in a loss of ecosystem services of between $4.3 and $20.2 trillion [per year], and we believe that these estimates are conservative,” the study states.

In other words, the world may be losing its ecosystems services at a rate greater than the annual GDP of any single country. 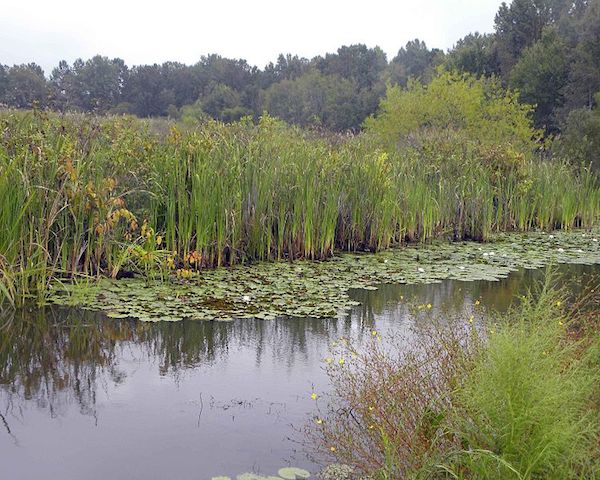 Wetlands are extremely important for hydrological services such as flood control. Coastal wetlands, also called estuaries, are also nurseries upon which many species of ocean fish depend. The combined estimated total value of coastal and inland wetlands amounts to $219,527 per hectare per year.

Wetlands play an important role in water purification, flood control, and shoreline stabilization. Yet, by 1993, scientists estimate that half of the world’s wetlands had been drained, primarily for agricultural purposes.

The study underlines the importance of increasing awareness of the value of nature in order to preserve it, and suggests that determining its monetary value could help catalyze conservation policies.

“It allows us to build a more comprehensive and balanced picture of the assets that support human well-being and [humanity’s] interdependence with the well-being of all life on the planet,” the authors write.