The Arcus Foundation, in the United States, is launching an initiative to challenge this view, particularly regarding ape conservation. State of the Apes: Extractive Industries and Ape Conservation is the first volume in a new series of publications that will examine threats to apes and their habitats within the broader context of economic and community development. Arcus asks the question: can economic and community development coexist with ape conservation? 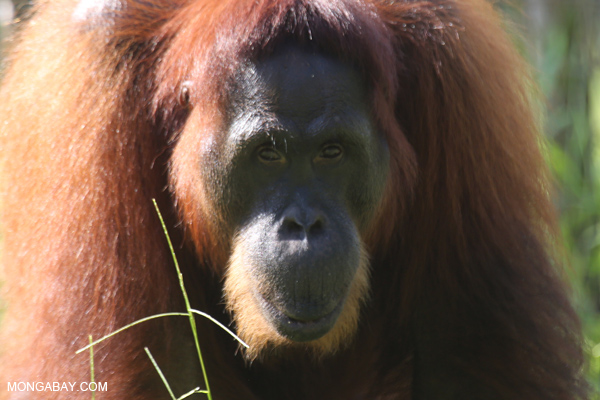 The first volume tackles one of the most controversial aspects of the interface between wild apes and ‘development’ – extractive industries. Extractive industries include mining for minerals, oil and gas exploitation, and the logging of forests. These industries increasingly are moving into ape (and other threatened species) territories.

The book’s authors seek “…complementary objectives, or mutually acceptable trade-offs and compromises…” that will allow both ape conservation and economic and social development to coexist. Can a win-win situation really transpire when ape habitat must necessarily be destroyed by mines, oil and gas fields, and logging moving into forests with the massive infrastructure they entail?

The book proposes two approaches to achieve a seemingly impossible “have your pie and eat it too” coexistence of extractive industries and ape conservation.

The first involves comprehensive planning and assessment of the environmental and social impacts of a given industrial development scheme. Many of the problems associated with extractive industries invading ape territory can be avoided, or at least mitigated, by a thorough understanding of ape range and distribution in the project area, and using existing tools to plan what are called ‘biodiversity offsets’, following guidelines developed by IUCN and the International Council on Mining and Metals, or in the case of logging, following ‘sustainable forestry management’ practices. 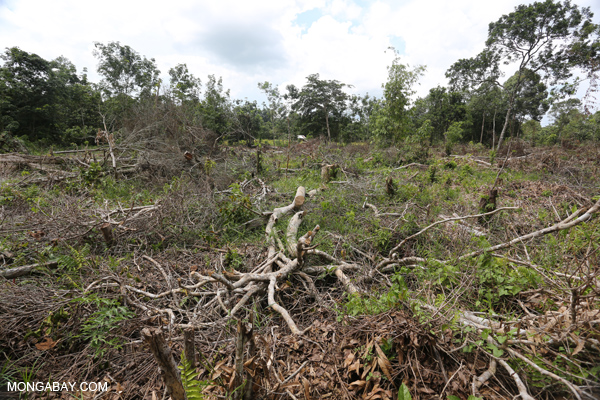 Closely linked to the planning strategy is the second broad approach involving the actual implementation of what was planned. Planned actions to avoid and minimize negative impacts on biodiversity are implemented, with the addition of ecological restoration when the extractive intervention terminates.

In addition, the book recommends that offsets not be planned on a project-by-project basis without taking into account the cumulative impacts of all of the development activities in a country. There should be an overarching national framework and strategy guiding all biodiversity offset projects.

If planned and implemented correctly, the final result should be what is termed a ‘net positive impact’ for apes and biodiversity. So we still have our pie, even bigger than before, after having eaten it. To switch desserts, the proof is in the pudding. Are there any successful examples of this having been achieved?

Unfortunately, the answer is negative: “No country has yet implemented a national biodiversity strategy to offset the impact of extractive industries on wildlife.” The authors are optimistic, however, as encouraging advances have been made towards a consensus among relevant government ministries and legislators, the private sector, and conservation organizations in countries such as Guinea and Gabon that would allow the ‘biodiversity offset’ approach to work.

It is evident from the book that it is an extraordinarily complex undertaking to achieve economic development from extractive industries and end up with a net positive impact on apes and other biodiversity. It involves appropriate legislation, government and private sector commitment, effective national plans and strategies, project-by-project environmental and social planning, and proper implementation.

It is early days, but if this approach cannot succeed it signals bad news for apes and all the other inhabitants of tropical forests. 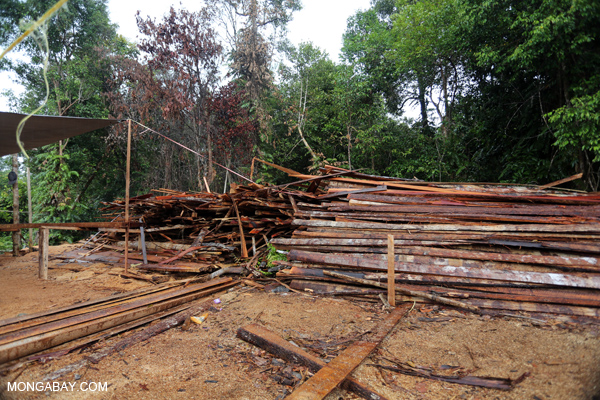 Stacks of logged timber in Borneo. Photo by Rhett A. Butler / mongabay.com.

Seeing the Forest for the Trees: How ‘One Health’ Connects Humans, Animals, and Ecosystems

(05/05/2014) The emerging One Health movement recognizes the inextricable connections between human, animal, and ecosystem health and is leading not only to new scientific research but also to projects that help people rise out of poverty, improve their health, reduce conflicts with wildlife, and preserve ecosystems. Mongabay.org SRI Fellow Wendee Nicole reports.