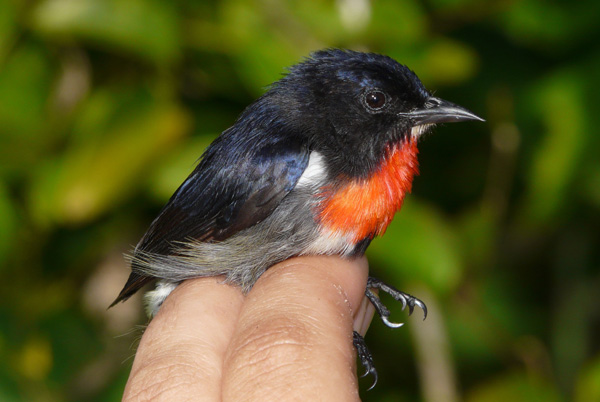 Male Wakatobi Flowerpecker that was caught on Tomia Island. Flowerpecker are passerine birds widely distributed in tropical Asia and Australia. They typically feed on nectar, small invertebrates, and berries.

A colorful bird found on the Wakatobi islands south of Sulawesi in Indonesia is sufficiently distinct from birds in nearby areas to be classified as a unique species, argue scientists writing in the current issue of the open-access journal PLoS ONE.

After conducting genetic analysis on a type of flowerpecker found across the remote chain of islands, Seán Kelly of Trinity College Dublin and colleagues concluded that the Wakatobi Flowerpecker does not interbreed with the closely related Grey-sided Flowerpecker (Dicaeum celebicum) from mainland Sulawesi. The birds also exhibit size differences, according to the biologists who go on to propose naming the larger bird, the Wakatobi Flowerpecker, Dicaeum kuehni.

“Despite looking similar to the Grey-sided Flowerpecker (Dicaeum celebicum) from mainland Sulawesi, Wakatobi Flowerpeckers are significantly larger and genetically distinct,” explained a statement from Trinity College Dublin. “The genetic data from this study revealed that the two flowerpecker species did not mix or interbreed, which in turn suggests that they do not cross the 27 km stretch of ocean between them.”

While the discovery of a new bird species is a rare event, the researchers say that the Wakatobi Flowerpecker may be only one of many undescribed birds in the region, which is poorly studied. Given high rates of deforestation and environmental degradation in the region, there is a risk that species could disappear before they are given formal recognition.

“This study also highlights the need for integrative, multi-disciplinary research in the region,” said Kelly in a statement. “Without this we will likely fail to recognize and appreciate the true biodiversity of this remarkable region. Furthermore, we run the risk of losing evolutionarily distinct species before we can even discover or enjoy them.” 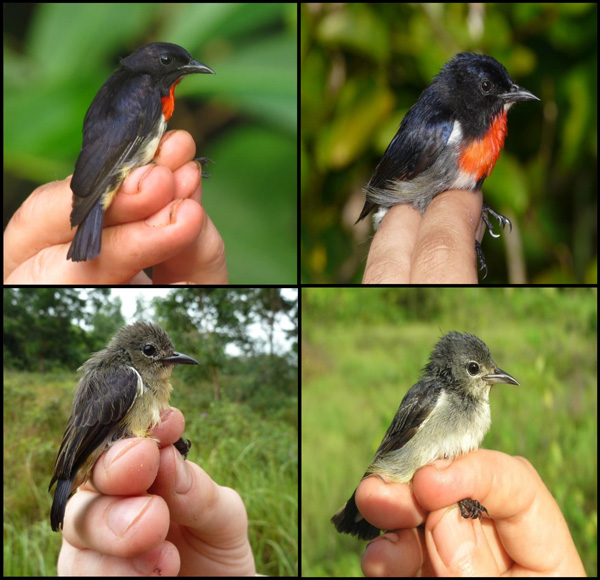 The authors argue that other endemic subspecies found on the Wakatobi island chain should be re-examined to determine whether they may be genetically district from mainland species. If they are found to be unique species, they should be protected accordingly.

“The identification of a species that is confined entirely to the Wakatobi Islands will require conservation organisations such as BirdLife International to reassess the protection status afforded to these islands. While the islands sit within the Wakatobi Marine National Park, they currently receive no protection,” said Nicola Marples, Associate Professor of Zoology at Trinity and senior author on the paper. “The Wakatobi Islands are an incredibly exciting place to work and they serve as a unique living laboratory in which we can study evolution in action.” 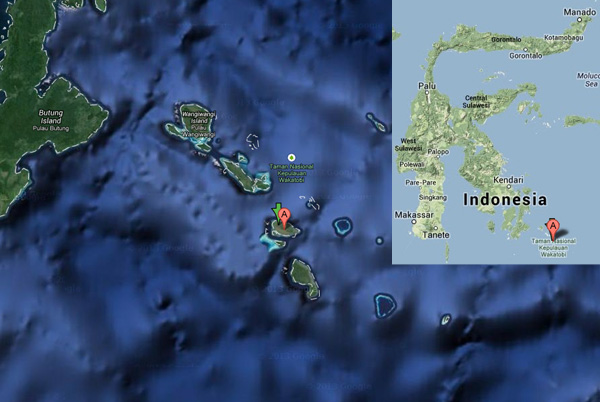 Wakatobi island chain. The name Wakatobi is an acronym of the four main islands that make up the chain: Wangi-wangi, Kaledupa, Tomia, and Binongko. Courtesy of Google Maps.