The International Union for Conservation of Nature (IUCN) has roundly criticized Australia’s proposal to remove 74,000 hectares of temperate rainforest from the World Heritage Committee. In a report to the global organization, the IUCN argues that the removal of these forests would “impact negatively” on the site’s overall value.

The 74,000 hectares in question were just added to the World Heritage site last year as a part of a landmark agreement between environmentalists and logging companies, which saw a total of 170,000 hectares added to the World Heritage Site. However, Australia’s new government, under Prime Minister Tony Abbott, has pledged to undo the agreement by cutting out 43 percent of the new forest and opening it up for logging.

The government has claimed that the bulk of the area was logged or degraded, a point disputed by activists and researchers.

In fact, the IUCN says various analyses show that the 74,000 hectares in question is made up of 85 percent natural forest, including 45 percent old-growth forest. 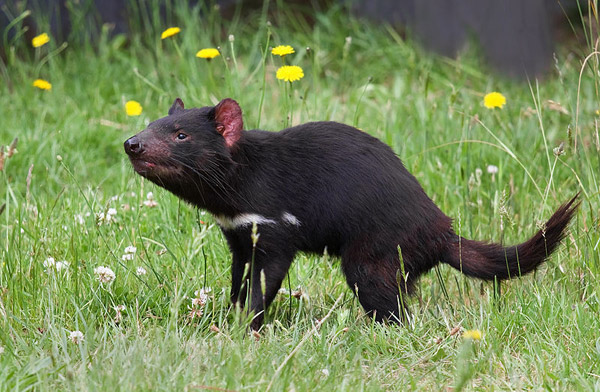 The Tasmanian devil is found in the forests in question. This species is currently listed as Endangered by the IUCN Red List. Photo by: JJ Harrison/Creative Commons 3.0.

The government has classified its proposal as a “Minor Boundary Modification” to the World Heritage body, butt the IUCN counters that this designation is wrong since the proposal clearly undercuts the site’s Outstanding Universal Value.

“The present proposal is clearly inappropriate for consideration as a minor boundary modification, and should not be approved by the World Heritage Committee,” reads the report.

Furthermore the IUCN report says that the Abbott administration’s proposal “contains no detailed justifications or explanations of the impact,” adding that the proposal to add the forests last year contained far more detail.

The region is made up of temperate rainforest, including a variety of endemic and endangered species, such as the tiger quoll (Dasyurus maculatus) and the Tasmanian devil (Sarcophilus harrisii). Some even believe the thylacine, or Tasmanian tiger, still prowls these forests. 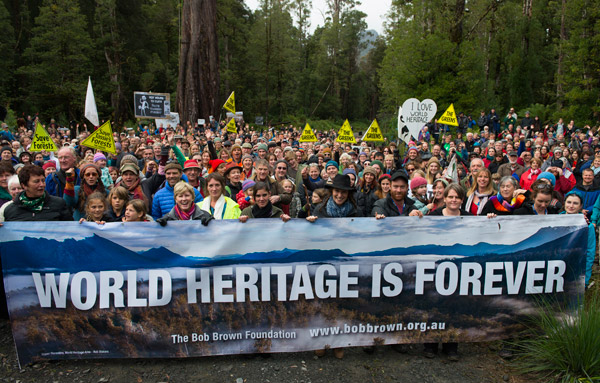 A recent rally to save the 74,000 hectares in the forests of the Upper Florentine Valley attracted around 2,000 people. Photo by: Matthew Newton.

(08/07/2013) The federal environment minister, Mark Butler, has given the go-ahead to a controversial mine that the courts halted amid concerns it could drastically affect the last stronghold of the Tasmanian devil. Butler said he had granted approval to Shree Minerals to proceed with its iron ore mine at Nelson Bay River in the north-west of Tasmania, subject to 30 conditions.