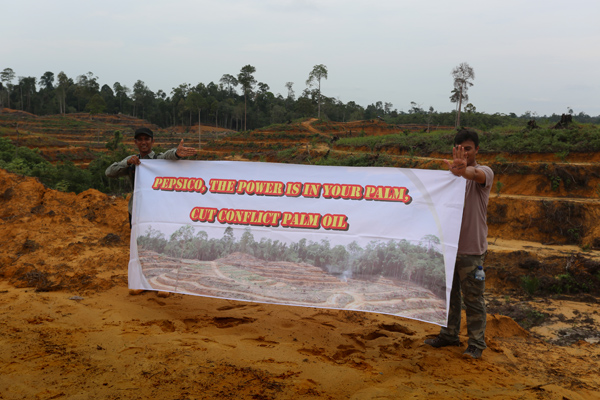 The 450,000 tons of palm oil sourced annually by PepsiCo will be largely free of rainforest destruction and peatlands conversion by 2016 under a policy announced last week by the food and drink giant. But some environmental activists are expressing reservations about the commitment, asserting that the safeguards are weaker than those set by other consumer products giants like Unilever and Nestle.

PepsiCo says its new palm oil sourcing policy improves on its previous standard, which was limited to using palm oil certified under the Roundtable on Sustainable Palm Oil (RSPO). The policy includes specific provisions on no conversion of high carbon stock forests, high conservation value areas, or peatlands. It also requires suppliers to adhere to free, prior and informed consent (FPIC) in interacting with local communities around new plantation development.

“Although the vast majority of palm oil is produced sustainably, there are some instances where tropical rain forests are being cleared for palm plantations,” states the PepsiCo policy. “PepsiCo is opposed to illegal or irresponsible deforestation practices. While we are committed to the RSPO and its process and standards, we recognize that in some regions of the world, additional measures may be necessary.”

But Greenpeace, the Rainforest Action Network, and the Union of Concerned Scientists (UCS), advocacy groups that are in the midst of a campaign against Pepsi, said the moves don’t go far enough.

“Palm oil is in many of its products, from Quaker Oats to Grandma’s Homestyle cookies, PepsiCo’s announcement that it’s joining so many other companies in improving how it sources palm oil is excellent news, but it could do more to ensure that it is delivering on its promise,” Calen May-Tobin of UCS’s Tropical Forests and Climate Initiative said in a statement.

“While it is encouraging that PepsiCo has acknowledged it has a problem with Conflict Palm Oil, the company’s recent commitments fall short in several key areas,” added Gemma Tillack of Rainforest Action Network. “For PepsiCo to meet consumer expectations, it must adopt a binding, time bound policy with an action plan to eliminate Conflict Palm Oil from its products that includes full traceability of palm oil back to its source and verifiable safeguards for human rights, forests and peatlands.”

Greenpeace said PepsiCo should strengthen the policy to match those of its peers.

“While PepsiCo’s announcement includes measure that go beyond the RSPO, such as the protection of high carbon stock forests and all peatlands, it still lacks a strong commitment to full traceability, a demand for similar commitments from its suppliers and most importantly, an implementation plan,” added Greenpeace USA forest campaigner, Joao Talocchi, in a statement. “Consumer companies such as P&G, Unilever, and Nestle have already committed to policies that – if fully implemented – will guarantee their products will become free from deforestation. There’s no reason PepsiCo can’t follow suit.” 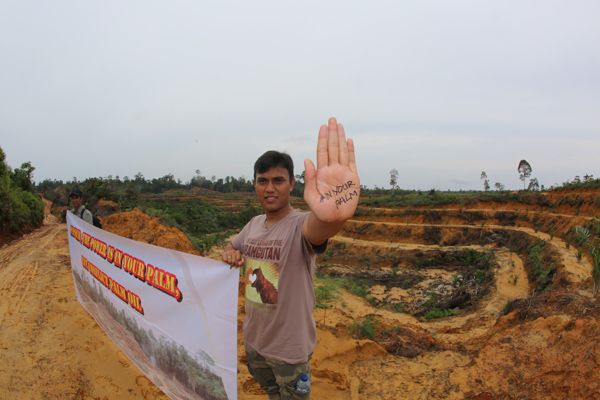 PepsiCo’s policy comes on the heels of a wave of zero deforestation commitments from consumer products companies and palm oil producers. These commitments were driven by widespread concern over large-scale destruction of forests for palm oil production. Most of the deforestation has been concentrated in Indonesia and Malaysia, the world’s two top producers of palm oil. Campaigners are calling for new palm oil development to be shifted away from forests and peatlands to degraded non-forest lands and other areas. NGO’s are also pressing for palm oil companies to reduce conflict with local communities and adopt better labor standards.

The push isn’t limited to just palm oil however. Soy, livestock, timber, and other sectors are also being targeted. Accordingly, PepsiCo says its palm oil policy is part of a broader 2020 zero deforestation commitment across various commodities it sources.

“PepsiCo is committed to realizing zero deforestation in our company-owned and -operated activities and supply chain by 2020.”