Scientists are finding that past African elephant culling operations, despite having ended decades ago, have greatly impacted surviving elephant populations and dramatically disrupted their social behavior. Researchers from the University of Sussex studied and compared the social behavior of two elephant herds: one that was severely affected by 1970 and 1980 culling operations and a herd that was relatively unaffected. In their results, published in the journal Frontiers in Zoology, researchers Prof. Karen McComb and Dr. Graeme Shannon found that the elephant herds that had experienced culling operations exhibited signs of post traumatic stress disorder.

Culling is the selective process of removing animals, either for breeding or for controlling overcrowded populations. During the 1970s and 1980s, as human populations on the African continent expanded, conflicts between humans and elephants escalated as both competed for decreasing land space and depleting natural resources. 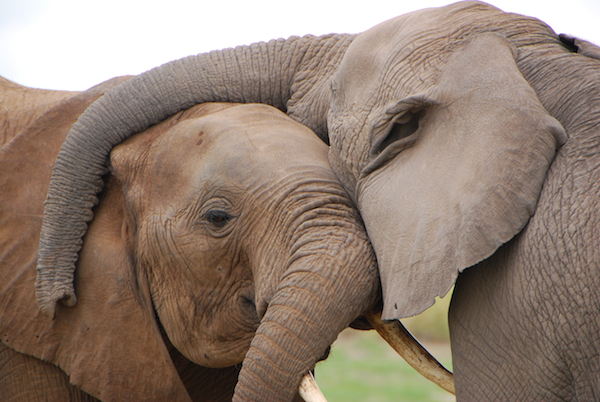 African elephants are cognitively advanced, social animals. They live in matriarchal societies and form close-knit, multi-generational family groups lead by the eldest and wisest female member. Elephants can live up to 70 years old, and adults are essential for the success and survival of family groups. Adult members are a repository of accumulated knowledge, which they pass on to younger generations.

McComb, Shannon and their team of researchers hypothesized that elephants, who were orphaned by culling operations or otherwise affected by human management practices would exhibit social behavior that is impaired in comparison to elephants that were not affected by culling.

To test their theory, the team conducted research comparing the behavior of two elephant herds: a population in Kenya’s Amboseli National Park, which was relatively undisturbed by culling operations, and a dramatically affected herd in South Africa’s Pilanesberg National Park. 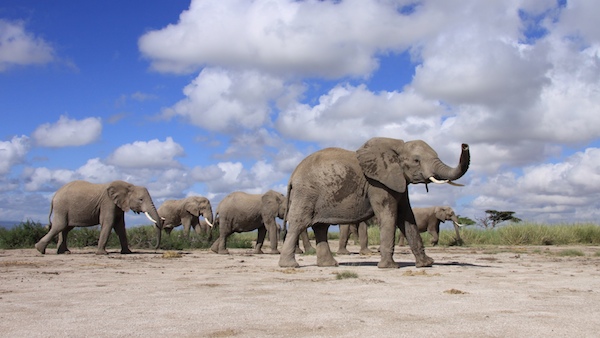 The herd in Pilanesberg National Park is composed of elephants that were orphaned during 1970 and 1980 culling operations in the Kruger National Park, which resulted in the killing of many adult and juvenile animals. The young elephants were translocated to Pilanesberg during the early 1980s and 1990s and today make up the adult population. The researchers found that these surviving elephants suffered significant social consequences from witnessing culling operations and showed effects similar to post traumatic stress disorder in humans.

The researchers conducted two behavioral response studies of the Amboseli and Pilanesberg herds to examine the animals’ social understanding. They played recordings of elephant calls to both of the herds and monitored their responses. These responses were evaluated by the degree of a behavior called “bunching.” Bunching is the defensive response of elephant groups when they detect danger. When feeling threatened, the herd will move closer together, forming a tight-knit cluster. Depending on the level of perceived threat, bunching can take over three minutes or happen in less than one. 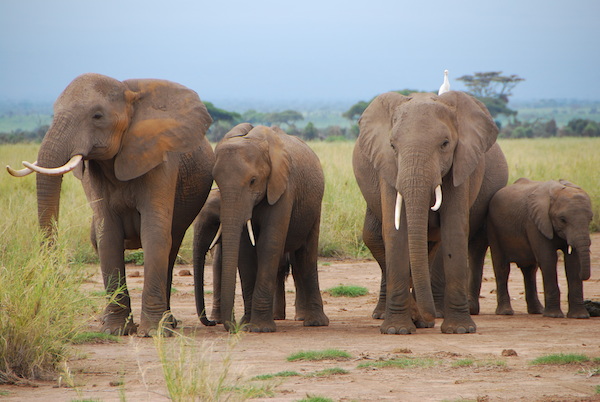 The Amboseli elephants were able to correctly distinguish between callers of different age groups, in that they were more defensive and bunched together when presented with recorded calls from dominant individuals. In addition, the elephants exhibited investigative smelling and prolonged listening after hearing the call of a dominant individual. In contrast, the Pilanesberg elephants were not able to distinguish between callers from different age groups.

The study’s results suggest the Pilanesberg herds have experienced a collapse in their social structure due to the lack of adult guidance and knowledge, which has led to weakened decision-making and behavioral responses.

“The elephant population in Pilanesberg has done remarkably well considering the profound trauma associated with culling and translocation,” Shannon told mongabay.com. “Nevertheless, important social skills are compromised within the population, impairing the ability of groups to make appropriate decisions when faced with threatening situations.” 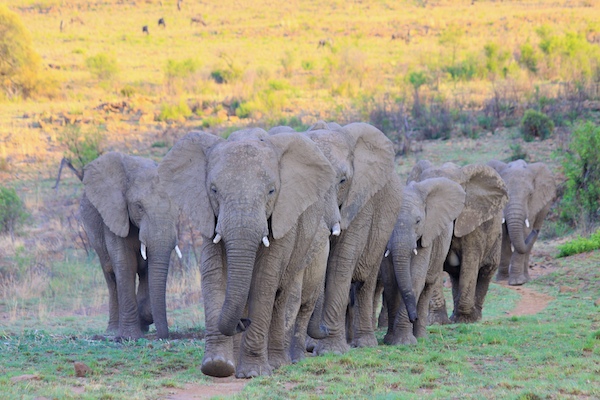 Culling is no longer used for managing African elephant populations. However, with elephant numbers in national parks in Southern Africa presently on the rise, reintroduction of culling methods are bing discussed by management officials.

“Other approaches that have been used to address concerns over human-elephant conflict and habitat impacts have included translocation, contraception and a push to create larger contiguous ranges for elephants by connecting reserves using wildlife corridors,” Shannon explained.

Researchers believe the loss of experienced adults could have critically negative impacts on herds. Moreover, human-induced activities can lead to drastic disturbances in the complex social structures of elephants.

“While this is unlikely to have direct impacts on the numbers of elephants in Pilanesberg, or indeed the persistence of this well-managed population, it does bring into question the impacts that severe human disruption (e.g., poaching) is having on the fabric of elephant society in many other populations of African elephants across the continent,” Shannon said.

“Conserving these populations is more than just a numbers game, it is also essential that complex social function is maintained as this is a crucial aspect of elephant biology and population integrity.”