Saving rainforests by buying them 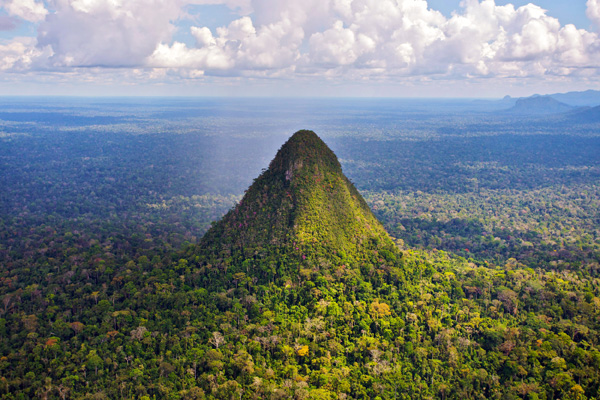 For more than twenty five years, an international non-profit known as the World Land Trust has been working to protect tropical forests through land purchase and partnerships with local groups. Last year, the U.S. arm of the group decided to rebrand itself as Rainforest Trust to better convey its core mission to the outside world. Since then, Rainforest Trust has launched its most ambitious project yet: conserving 5.9 million acres of tropical forest in Peru.

In an April 2014 interview with Mongabay.com, Dr. Paul Salaman, the CEO of Rainforest Trust, discussed his organization’s rebranding and strategy as well as his background and outlook for rainforests globally.

AN INTERVIEW WITH PAUL SALAMAN

Mongabay.com: What is your background and how did you become interested in tropical forest conservation?

Paul Salaman: At the age of eight, I met Sir David Attenborough and became excited about international wildlife conservation. By the time I was 14, I was managing a nature reserve in London and traveling across the UK birdwatching and volunteering in protected areas. As an undergraduate, I led a series of research expeditions across Colombia, spending a total of over three years in the field that culminated in the creation of a new national park and several private and community nature reserves.

In 1998, I helped found Fundación ProAves, which has become one of the most effective conservation organizations for endangered species in South America.

After graduating with a D.Phil from the University of Oxford in 2001, I undertook a post-doctoral fellowship at The Natural History Museum, before coordinating biodiversity science in the Northern Andes for Conservation International. I joined Rainforest Trust in 2008 and was appointed the CEO in January 2012. 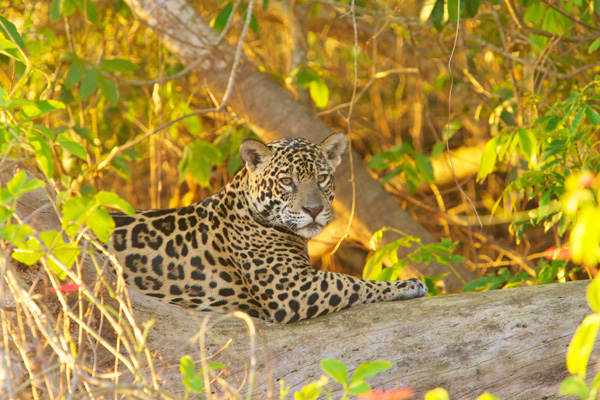 Mongabay.com: Until very recently, Rainforest Trust was the U.S. arm of the World Land Trust — why did you rebrand the organization?

Paul Salaman: Six months ago, with our 25th anniversary approaching, we decided to change our name to Rainforest Trust. We hoped that the new name, which clearly reflects our mission, would enable us to better connect with our current supporters and open the door to new ones, as well. The name is a great fit for us since all of our projects take place in rainforests and tropical habitats.

Our supporters have responded enthusiastically to the new name, as well as to several ambitious conservation projects we recently launched in Africa, Asia, and South America. We have already reached fundraising goals for several of these projects, which will protect some of our planet’s most endangered species.

Mongabay.com: What is Rainforest Trust’s approach to conservation?

Paul Salaman: While conservation “trends” change regularly, it has been widely recognized for over a century that protected areas are the bedrock of long-term habitat and wildlife preservation. We believe that taking the last untouched and unprotected acres off the market for development and destruction is crucial for the survival of all biodiversity and mankind.

We employ two complementary conservation strategies. The first is land purchase. The IUCN has reported that many of the most critically endangered species are restricted to habitat that is privately owned and earmarked for clearance. And I can confirm that during my 25-year conservation career I’ve found this to be true. We support our partners to buy these lands by giving owners fair compensation and use them to create nature reserves, which are then managed and protected by our partners.

The second way we protect land is by cooperating with local partners and national or local governments to create parks and indigenous territories by public decree. We then work with these groups to ensure that they receive proper protection indefinitely. In many cases we have financed the training of park guards and the construction of park guard outposts.

Since our founding, we have striven to be the most cost-effective organization possible, and I think we have succeeded well at this. An important key to doing so has been our partnership with experienced in-country conservation leaders and indigenous communities. We do this for several reasons. These groups have consistently proved they are the most efficient and effective conservationists. At the same time this eliminates the need to grow staff or open foreign offices. This keeps our operating costs extremely low. For example, last year we were able to dedicate 95% of our donations directly to field conservation action. 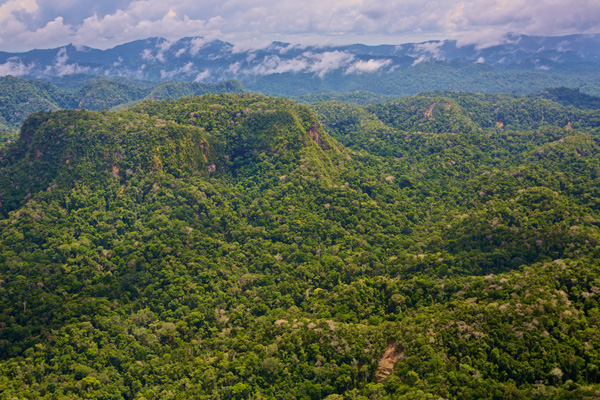 Rainforest of the Sierra del Divisor. Photo by Diego Pérez.

Paul Salaman: We work consistently with a group of in-country partners that keep us updated about potential projects as they become available. In addition, we partner with other conservation organizations that also keep us apprised of opportunities. These include the International Conservation Fund of Canada and the Amphibian Survival Alliance.

Collectively, our staff has more than 60 years of field experience, which we use to evaluate potential projects. We prioritize projects that save remaining habitat for species facing extinction. For example, we have been working with Asociación Armonía in Bolivia since 2008 to protect the last viable population of Blue-throated Macaws. Together, we have saved more than 27,000 acres of habitat and created the only reserve in Bolivia’s unique Beni savanna that is free from the impacts of cattle and annual burnings. This reserve is now a life-link for the Blue-throated Macaw and offers hope for the future. 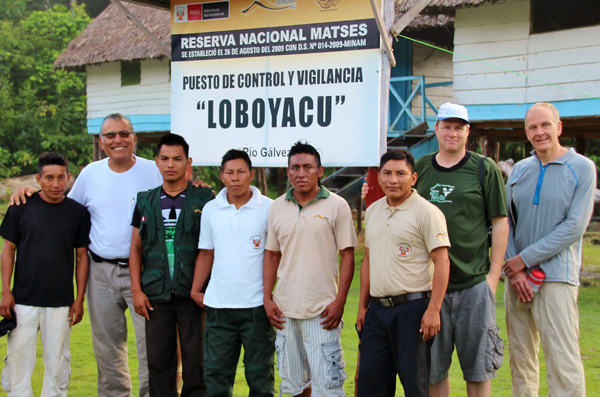 Mongabay.com: The Rainforest Trust is currently in the midst of its largest-ever appeal: Sierra del Divisor, which spans nearly 6 million acres. You’re seeking $2.9M, which seems like a really low cost on a per unit of area basis. Can you tell us more about this project?

Paul Salaman: The Sierra del Divisor is an isolated mountain range on the Peru-Brazil border. It is an important jaguar corridor, holds the highest level of primate diversity in Peru, and will likely prove an important repository of new species. The range is the source of at least 10 rivers and supplies water to over 40,000 people. It also holds ancestral territory for at least two uncontacted indigenous groups, and is the missing gap in multi-million-acre wildlife corridor.

But it is threatened by hunting, logging, oil development, mining, and road construction. Without protection, it is safe to assume that this area will follow the pattern of other unprotected Amazonian areas rich in natural resources, that is to say, it will be plundered with disastrous effects on both animal and human populations.

We are working with our Peruvian partner CEDIA (Center for the Development of an Indigenous Amazon) to protect 5.9 million acres of the Sierra del Divisor and the surrounding white sand forests – which are quite fragile – by creating two nationally protected areas, The Sierra del Divisor National Park and the White Sands National Reserve. A buffer zone of 57 communal lands will serve as added protection.

The total project will cost $2.9 million, which means that we can protect acres for only 50¢. We are excited about the low cost, which makes this such an accessible project. Anyone can donate and have a significant on-the-ground impact. Our current “Amazon Earth Day” campaign is based on the goal of protecting 100,000 acres in the Sierra del Divisor by April 22. To learn more people can visit rainforesttrust.org/acres-for-50cents 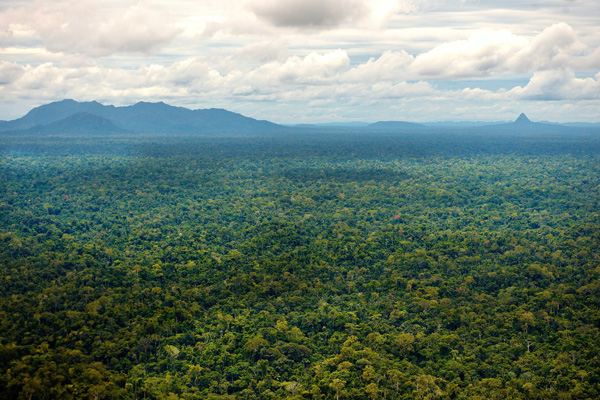 Mongabay.com: You’ve been in the conservation realm for more than 20 years now. Are there any new innovations in forest conservation that you are particularly excited about?

Paul Salaman: Time will tell how effective new innovations are. For now, I remain convinced that the most reliable long-term conservation strategy is to establish new protected areas while we still can. I believe this is still the most robust and secure approach for saving endangered species and saving the planet in the decades to come as the human population continues to climb.

All conservation success depends on the participation and support of local communities. In the Sierra del Divisor we are helping indigenous communities gain title to their lands not just because it is the right thing to do, but also because it is critical for the preservation of the Sierra del Divisor. Anyone hoping to enter the national park will need to first cross communal lands. This is going to be quite a hurdle since it is in self-interest of these communities to remain vigilant to outside threats.

Our partner in Peru CEDIA has been working with indigenous communities and environmental agencies for over 30 years to protect large portions of the Peruvian Amazon and what they’ve found is that interior surveillance of protected areas is not nearly as important as what happens outside and along borders. I think that partnerships like this between local communities and protected areas hold the key to maintaining large areas intact and I hope they will continue to grow.

Mongabay.com: Are you generally optimistic or pessimistic about the current direction of forest conservation?

Paul Salaman: I am very optimistic. While real challenges grow each day, there are also huge opportunities. The vast majority of tropical forest remains totally unprotected. For example, only 44% of the Brazilian Amazon is protected (https://news.mongabay.com/2011/0420-protected_amazon.html), which means that enormous portions of the forest are still vulnerable to destruction. The window of opportunity to protect these areas is open, but it’s critical that we act quickly to take advantage of it.

Mongabay.com: How can people help save tropical forests?

Paul Salaman: Supporting organizations that can point to specific actions that lead to well-managed protected areas is the most effective way to save tropical forests. There are many conservation organizations that allow people to make a contribution to general appeals or regions, like the Amazon, for example. But in my experience, the best conservation actions are ones focused on specific sites with clear and tangible objectives. So it is important for people to spend time learning exactly how organizations propose to provide protection and what they will do to ensure it remains that way. 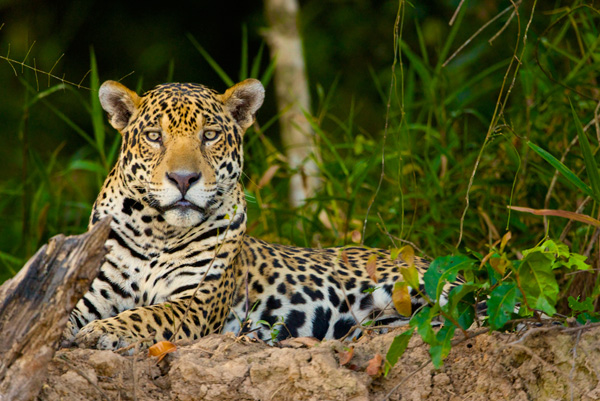