One of the world’s biggest populations of greater bamboo lemurs (Prolemur simus)—sometimes known as the panda lemur—has doubled in just three years, giving conservationists new hope that the species can be kept from extinction. With the recent arrival of twenty babies, a community conservation project run by the Aspinall Foundation has boosted the local population to over 100 individuals in Andriantantely, one of Madagascar’s only surviving lowland rainforests. Greater bamboo lemurs are currently categorized as Critically Endangered, though they were once believed extinct until hidden populations were uncovered in the 1980s.

“Andriantantely is a remarkably important forest in global terms,” said Tony King, the Aspinall Foundation’s Conservation Coordinator. “Almost everything in Madagascar is unique to Madagascar, and sadly almost everything in Madagascar is under threat. Lowland rainforest has already been almost completely lost, so every remaining fragment is precious. Andriantantely is one of the most precious, having survived a little longer and a little better than other forests due to local traditions held dear over generations.”

A few years ago, greater bamboo lemurs were listed as one of the world’s 25 most threatened primates, with an estimated population of less than 100 individuals. However the discovery of new populations along with effective conservation has raised that estimate to 600 today, with Andriantantely rainforest one of the most important strongholds. Greater bamboo lemurs are one of just three lemurs that survive entirely on bamboo. As the largest of these species, it’s become known affectionately as the panda lemur, since both mammals are large-bodied and share a love for fast-growing bamboo. 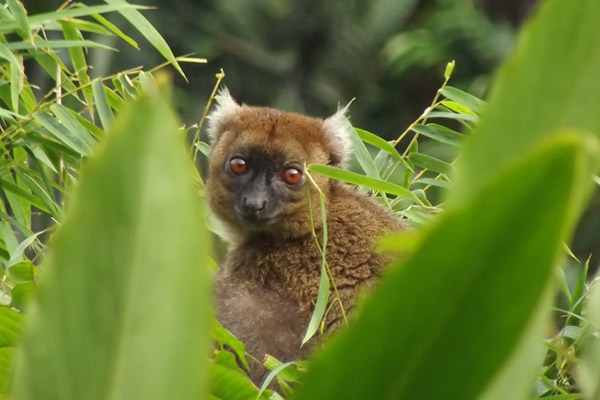 Despite this good news for this species, a recent report found that lemurs are the world’s most imperiled mammals on the planet. A shocking 91 percent of the world’s over one hundred lemur species are currently considered threatened with extinction. While no lemurs have gone extinct in modern times, 17 species have vanished since humans arrived on the island. Making up a wholly distinct branch of primates, lemurs are only found on Madagascar.

“[Lemurs] represent an entirely unique lineage of primates, long isolated from the monkeys and apes that evolved on the continents,” Steig Johnson with the University of Calgary told mongabay.com last month.

In the landmark report, lemur conservationists proposed an ambitious, emergency 3-year plan to keep lemurs from vanishing in the near term by safeguarding forests and setting up community conservation programs like the one in Andriantantely. The scientists estimate that implementing the whole plan, which would cover 30 priority areas, would cost around $7.6 million.

Andriantantely rainforest is included in the report with proposals to hire a primatologist, inventory the forest for hidden lemurs as well as counting known species, raise awareness amongst locals, and implement regular forest patrols.

“The teams will patrol different areas of the Andriantantely forest for an average of 14 days per month, collecting information on lemurs in general and on endangered large diurnal lemurs in particular,” reads the proposal. “The patrol teams will simultaneously mitigate threats to lemurs and the forest by dismantling lemur traps and reporting other threats.”

Lemurs are threatened by massive and widespread deforestation, a worsening bushmeat trade, and political instability. 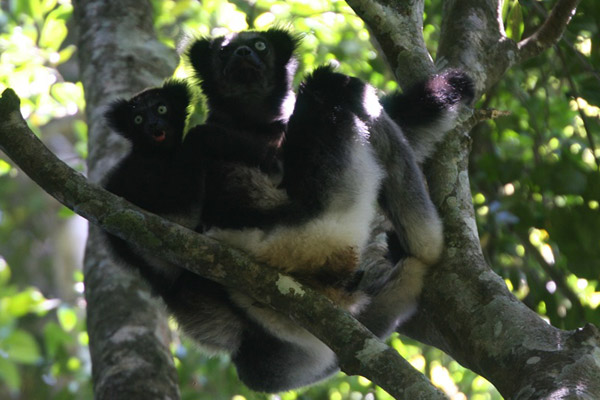 (12/05/2013) After playing, feeding, and socializing in trees all day, some ring-tailed lemurs (Lemur catta) take their nightly respite in caves, according to a new study in Madagascar Conservation and Development. The findings are important because this is the first time scientists have ever recorded primates regularly using caves (see video below).