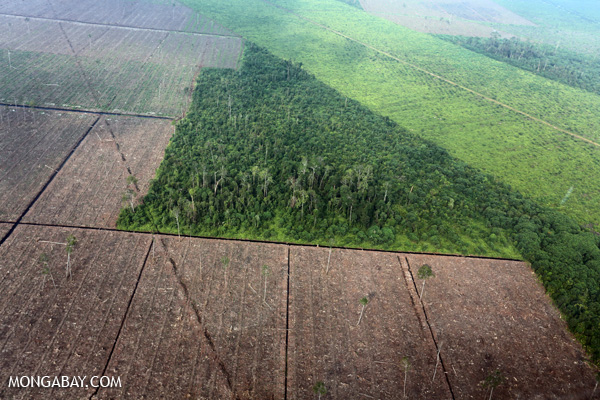 Recent deforestation in Sumatra, Indonesia. Photo by Rhett A. Butler.

Norway’s massive sovereign wealth fund is continuing to invest in coal companies that are destroying forests in Indonesia despite divesting from forestry and plantation companies with poor environmental track records, reports the Rainforest Foundation Norway.

Analyzing portfolio data released released by the Norwegian Government Pension Fund Global (GPFG), the environmental group found the fund has $21.5 billion in holdings in companies “from sectors known to be driving deforestation” and $3 billion in companies that run coal mining operations in Indonesia.

“This is directly undermining the joint effort to protect the remains of the Indonesian forest,” said the group, which would like to see the fund to divest from all holdings in coal companies. 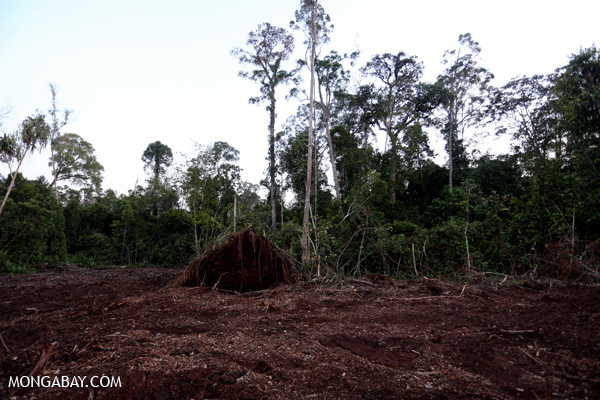 “Through its investments in coal the Norwegian government fuels the drivers of deforestation in Indonesia,” said Vemund Olsen, head of Rainforest Foundation Norway’s policy division, in a statement. “It is about time that the managers of the Norwegian pension Fund present a clear strategy for reducing the Fund’s impact on tropical forests.”

Norway has emerged since 2007 as one of the world’s largest funders of efforts to preserve tropical forests. The country has committed billions of dollars to deforestation reduction programs in Indonesia, Brazil, Guyana, the Congo Basin, and Tanzania. But critics say the GPFG’s investments in deforestation-driving industries partly undermine these laudable efforts.