In addition to the stunt in Cincinnati, Greenpeace also released a spoof of Procter & Gamble’s recent “Thank You Mom” advertisement.

Nine Greenpeace activists were arrested after they scaled Procter & Gamble’s headquarters in a demonstration against the company’s use of palm oil linked to deforestation in Indonesia.

The activists scaled the Procter & Gamble towers mid day Tuesday and unfurled two 60 foot banners. One read “Head & Shoulders, Stop Putting Tiger Survival on the Line”, while the other stated “Head & Shoulders, Wipes out Dandruff & Rainforests”. Another activist, dressed in a tiger costume, hung from a zipline between the two buildings.

The Greenpeace stunt in Cincinnati immediately drew the attention of authorities, who arrested and charged the nine activists with vandalism and burglary once they came down from the building. They are expected to be held overnight for arraignment tomorrow, according to Cincinnati.com.

“It was quite an extensive operation they had; all the repelling gear, banners, these jack braces to prevent anyone inside from opening the windows,” Cincinnati police Capt. Paul Broxterman was quoted as saying. 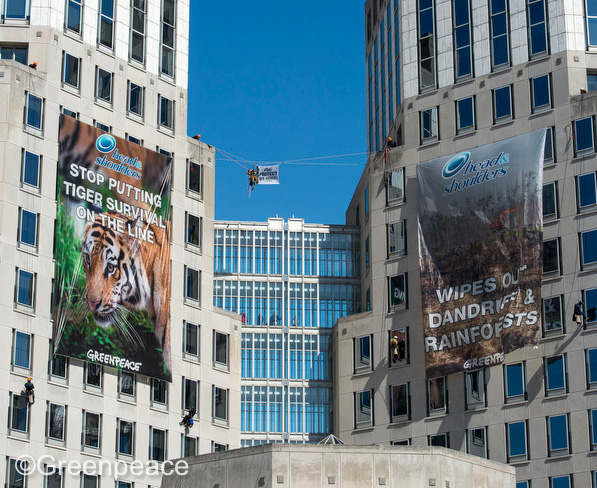 Greenpeace is targeting Procter & Gamble over its palm oil sourcing policy. Palm oil is used in a wide variety of P&G products, including Head & Shoulders and Oil of Olay, but the oil is often produced at the expense of tiger and orangutan habitat in Southeast Asia.

P&G has a palm oil policy in place, but Greenpeace is trying to push the company to adopt stronger safeguards that would pressure key suppliers in Malaysia and Indonesia to establish zero deforestation policies. Already two companies, Singapore-based Golden Agri Resources and Wilmar, have made such commitments. The firms together produce or buy palm oil representing more than half the world’s market. 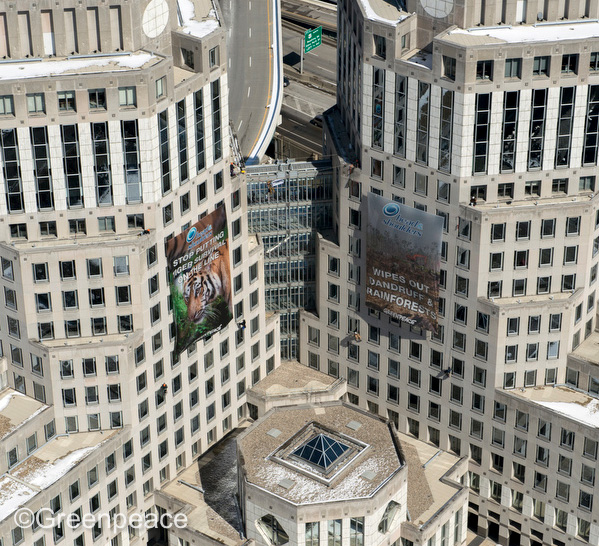 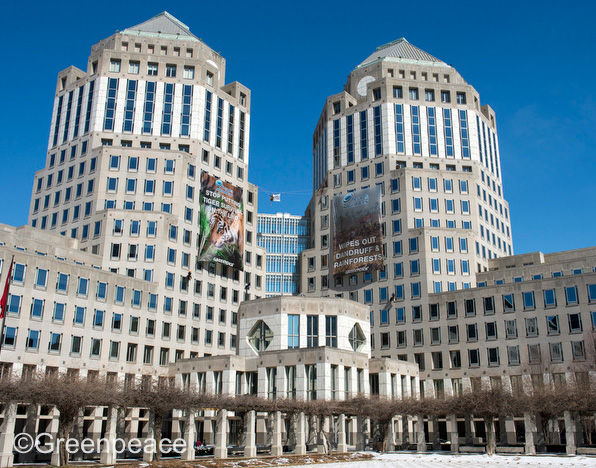 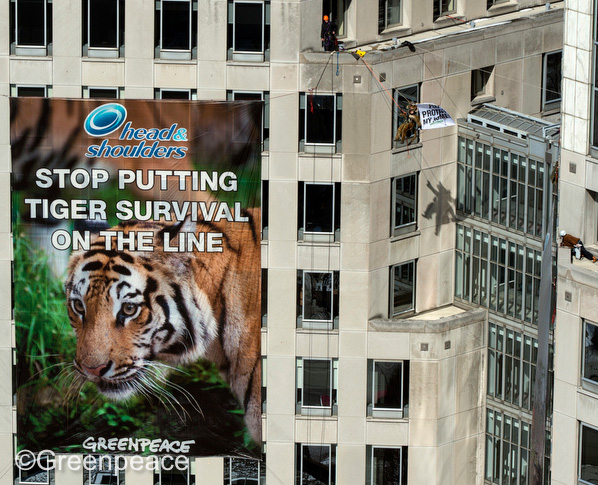