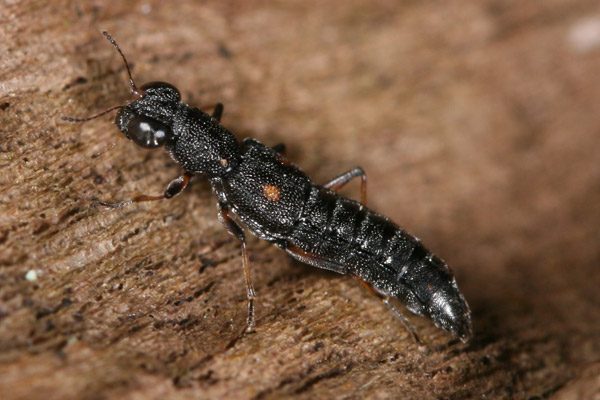 Rove beetles are among the most diverse animals on the planet, with around 56,000 species currently described. Amongst this multitude of species is a dazzling array of adaptations perhaps best illustrated by the genus Stenus. These beetles, with their bulbous eyes and slender bodies are often found near water running swiftly over the wet ground and clambering among the vegetation.

As charming as they appear, Stenus are fierce predators, able to make short work of smaller arthropods, such as springtails. When they are within range of a suitable victim they employ their unique, secret weapon: the floor of their mouth (the labium) is part of a telescopic tube that can be extended at lightning speed under blood pressure. 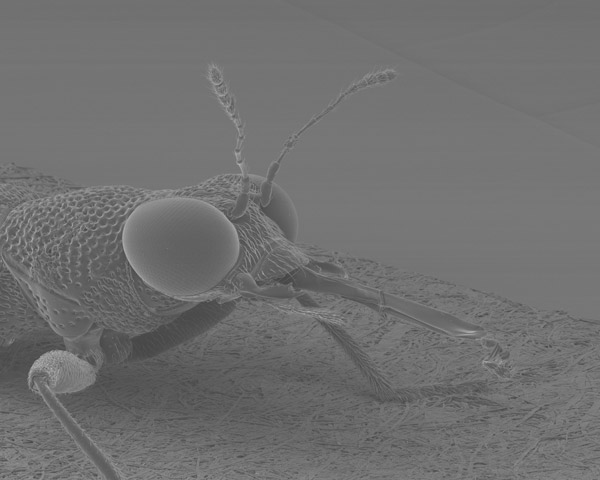 Scanning electron microscope (SEM) image of the head of a Stenus beetle showing the labium. Photo by: David Spears/Ross Piper.

At the business end of this telescoping structure is an arrangement of pads, bristles and adhesive-secreting pores, all of which help to securely snag the prey. The labium is then retracted to bring the victim within range of the sickle-like mandibles. This adaptation is particularly useful when the beetle is clambering around in vegetation. It is thought this amazing way of capturing food evolved due to the rapid reflexes of prey, such as springtail. The grasping appendage is so thin and can be extended at such speed that a springtail probably does not have sufficient time to react and hurl itself clear using its flexible ‘tail.’

As if their incredible mouthparts were not enough, Stenus beetles have another incredible adaptation. Being so small and light they will often take to water. Supported by the surface tension, they scull along using their legs at a speed of 2–3 cm per second. However, at the slightest sign of danger they have an explosive turn of speed thanks to a substance called stenusin secreted by their anal glands, a droplet of which is dabbed on the surface of the water. This compound is very hydrophobic and it spreads with such force on the water the beetle is propelled forwards at a rate of 45–70 cm per second, extremely rapid for an animal less than 5mm long. If the beetle was the size of a human it would be traveling at 600–900 km hour (370-560 miles hour). The beetle can do a number of these super-fast skims before its stenusin reserves are exhausted. 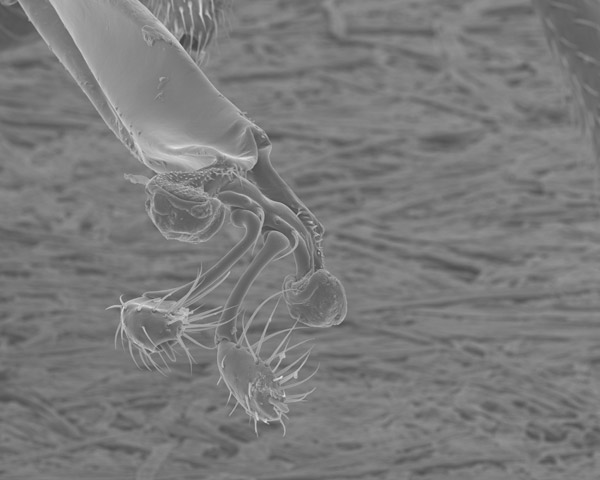 Scanning electron microscope (SEM) image of pads, bristles and adhesive-secreting pores at the end of the labium. Photo by: David Spears/Ross Piper. 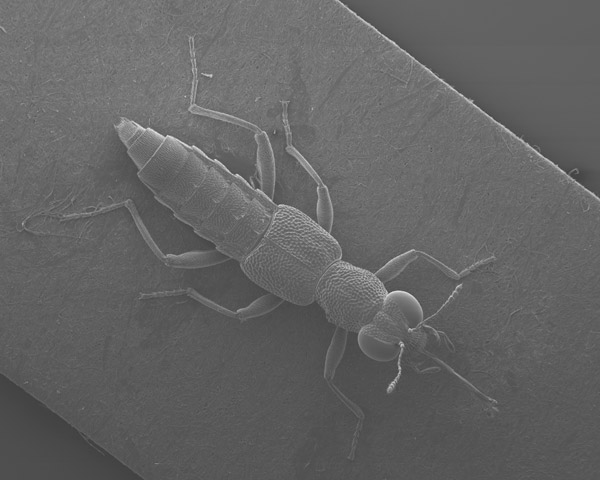 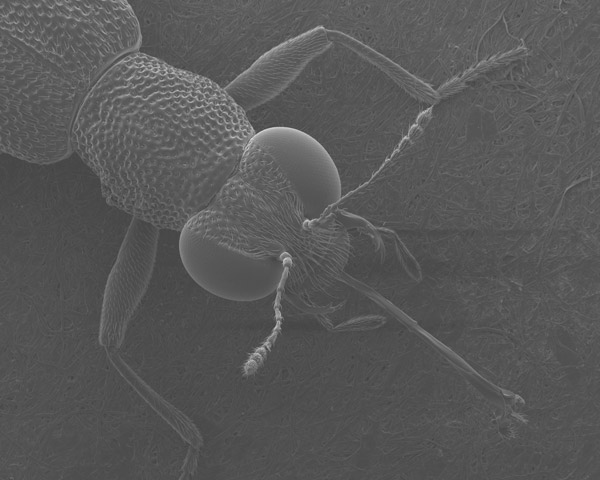 Beetles in the spotlight: a new species of burying beetle from the Solomon Islands Archipelago

(11/07/2013) If you thought of the little beetle that you saw the other day as just a ‘regular one’ then this might interest you. Scientists from the University of Alaska discovered Nicrophorus efferens, a new species of burying beetle from Solomon Islands. Studying six adult specimens borrowed from the Bernice Pauahi Bishop Museum of Hawaii (BPBM), Dr Sikes and Tonya Mousseau describe the new species in a detailed taxonomic assessment published in the journal Zookeys, and how it differs from two closely related species of the Solomon Islands.

(10/30/2013) When imagining the discovery of a new species, most people conjure thoughts of intrepid explorers, battling the odds in remote rainforests. But this needn’t be the case, at least according to a new study published in Zookeys. The study reports the discovery of a new species of water beetle in the heart of the 10th largest megacity in the world: Manila, Philippines.

(10/22/2013) In 2004, the first-ever Global Amphibian Assessment (GAA) reviewed all 5,743 amphibian species known to science and concluded that 32% were threatened with extinction – a number far exceeding corresponding figures for birds and mammals (12 to 23% respectively). In addition to the usual culprits of climate change and habitat destruction, a startling 92.5% of amphibians listed as Critically Endangered were found to be undergoing enigmatic declines linked to an unexpected perpetrator – the chytrid fungus, Batrachochytrium dendrobatidis (Bd).