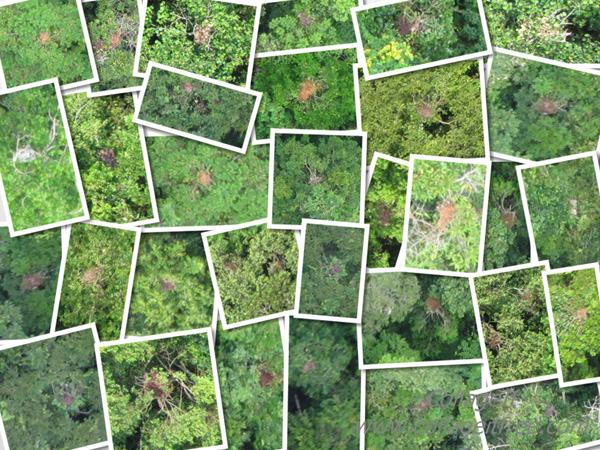 At the foothills of the Himalayas, elephants, rhinoceroses, and tigers stir in the green forests. Protecting and monitoring these animals and the health of tropical forests worldwide is a significant challenge, often requiring large amounts of time, money and risk. Fortunately, an affordable new tool is soaring into the conservation sphere: autonomous flying vehicles, or drones.

Lian Pin Koh, is a founding director of the non-profit ConservationDrones.org, which builds capacity in the use of drones for conservation in the developing tropics. In dozens of countries, governments and organizations are using these drones to observe forests, protect against illegal poaching and logging, and gather scientific data.

“The fact is,” Koh said in a 2013 TED talk, “a conservation drone doesn’t cost very much more than a good laptop computer or a decent pair of binoculars.”

Koh is an Associate Professor at the University of Adelaide, has authored many prominent scientific publications, and has received numerous professional honors and awards, including a Swiss National Science Foundation Professorship and being named a Young Global Leader by the World Economic Forum. 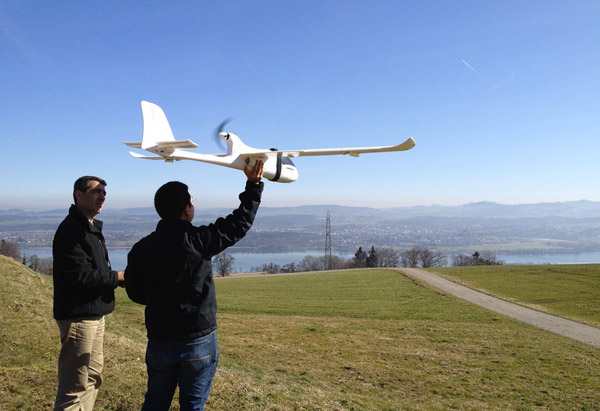 Lian Pin Koh: I am a conservation ecologist. I received my doctorate from the department of ecology and evolutionary biology at Princeton University.

Mongabay.com: How long have you worked in tropical forest conservation and in what geographies? What is the focus of your work?

Lian Pin Koh: I have been working in tropical forest research and conservation for the past 10 years. Much of my research has been focused on Southeast Asia, but almost extending to sub-Saharan Africa and Latin America. I am interested in developing new research and tools to help reconcile economic development and environmental protection in the tropics. One specific area of my research focus has been on understanding the environmental and social impacts of oil palm expansion in Southeast Asia.

Mongabay.com: What do you see at the next big idea or emerging innovation in tropical forest conservation? And why?

Lian Pin Koh: I believe the emerging innovation in forest conservation is the use of technology from other fields, such as unmanned aerial vehicles, embedding networks of sensors in the forest, etc.

Mongabay.com: Do you have specific examples of these innovations in action?

Lian Pin Koh: An example of the use of unmanned aerial vehicles is the conservation drones currently in preliminary test flights around the world facilitated by ConservationDrones.org. Conservation drones are being test-flown in Bardia and Chitwan National Parks as a tool to detect potential poachers encroaching upon these protected forests. These drones have also been introduced to Panna Tiger Reserve in India not only as a potential anti-poaching technology but also for monitoring tiger populations. 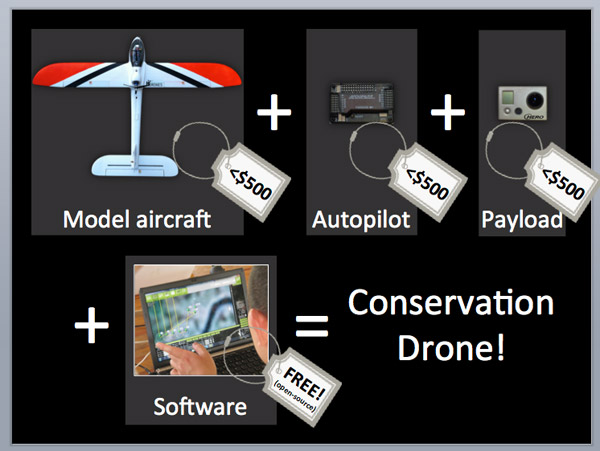 What is a conservation drone? 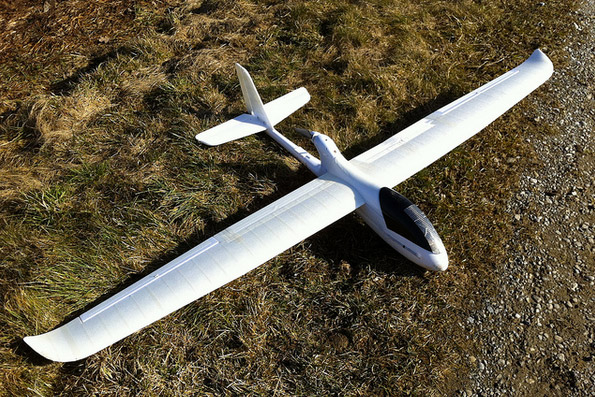 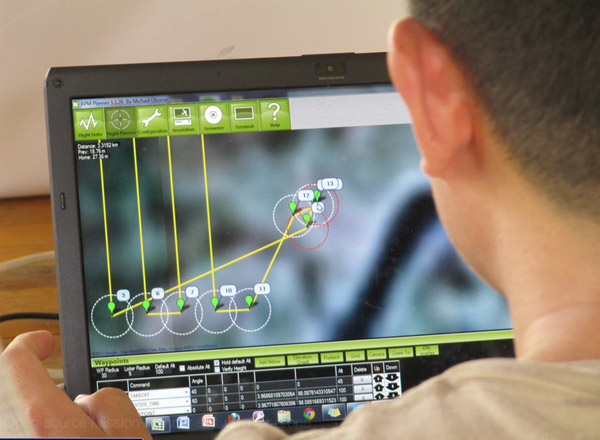 Open-source software use to set the flight plan for a conservation drone.

Mongabay.com: What are the obstacles/challenges to spreading this idea?

Lian Pin Koh: The main challenge to the widespread use of this technology is to change the public’s negative perception of drones. The mention of drones conjures up images of ominous spy or combat drones used by the military of a few nations. The fact is that conservation drones are a very different technology based primarily on model aircrafts fitted with an autopilot system and cameras to provide conservation workers with an eye in the sky. One of main missions of ConservationDrones.org is to raise awareness of the usefulness of this technology for conservation, and to help the public understand that civilian drones can be used for good. 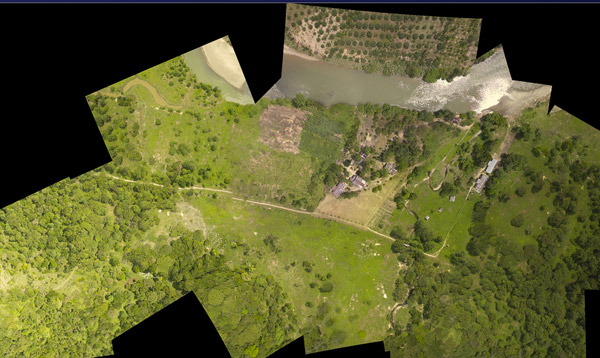 Series of photos stitched together to create an extremely high resolution image of a landscape. 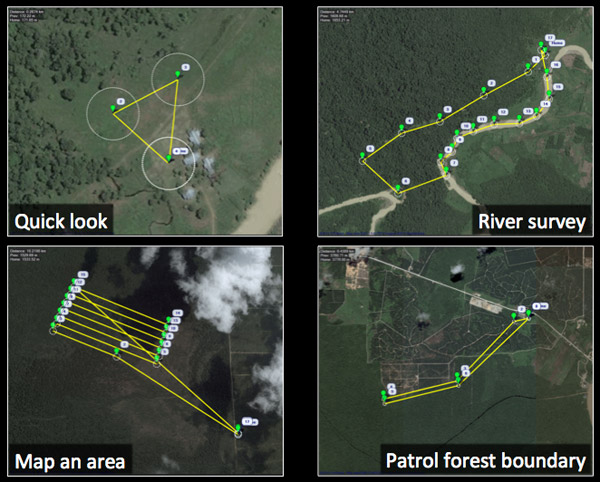 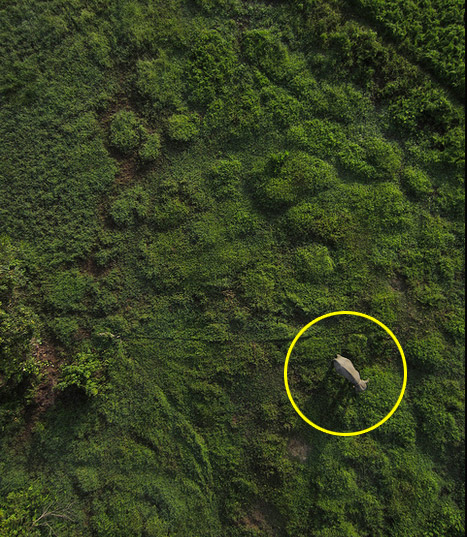 Elephant photographed by a conservation drone.

Mongabay.com: Are you personally involved in any projects or research that represent emerging innovation in tropical forest conservation?

Lian Pin Koh: I am a co-founder of ConservationDrones.org which is a nonprofit that seeks to introduce the technology of low cost unmanned aerial vehicles to conservation workers in the tropics. Over the past 2 years, we have been working closely with partners from many parts of the world, including WWF Nepal, Wildlife Institute of India, WCS Belize, the Sumatran Orangutan Conservation Programme and the Jane Goodall Institute to bring this technology to the field.

Disclosure: Mongabay.org currently serves as the fiscal sponsor of ConservationDrones.org.