The image of a rare dormouse has won the fourth annual BBC Wildlife Camera-Trap Photo of the Year award. Photographed in Turkey, the Roach’s mouse-tailed dormouse (Myomimus roachi) is listed as Vulnerable by the IUCN Red List with its habitat rapidly disappearing for agriculture. The photo took the grand prize out of 850 entries from around world in a contest that takes into account the scientific importance of submitted photos.

Over the last decade, remote camera traps have revolutionized the work of conservationists. These cameras, which take photos or video when a trigger is switched, have allowed scientists top monitor wildlife across large and often impenetrable ecosystems without the expense (both financial and time) of months in the field. Camera traps have even recorded new behavior and helped discover species new to science.

The BBC Wildlife Camera-Trap Photo of the Year award is split into three categories. The dormouse won best overall as well as winning the New Discoveries category, receiving around $4,900 for its conservation project. The image of a large Amur tiger won the Animal Portrait category for around $1,500 in prize money, while a photo of a snow leopard scent-marking under the stars won top honors for Animal Behavior. The monetary prizes are donated by the World Land Trust and Páramo Directional Clothing Systems.

See some winners from 2012 contest. 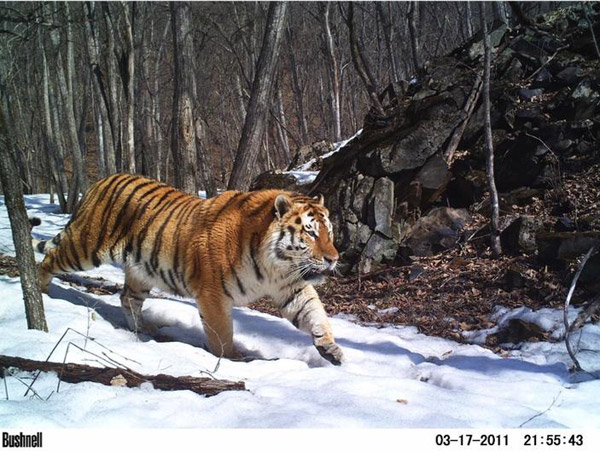 This image of an Amur tiger has won the Animal Portrait category for the BBC Wildlife Camera-Trap Photo of the Year. Photo by: by Linda Kerley/Amur Tiger Conservation in Lazovskii Zapovednik and Adjacent Areas – ZSL, Russian Far East. 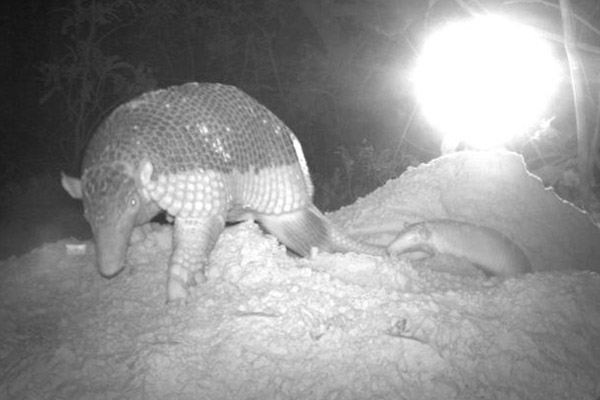 The world’s first ever image of a baby giant armadillo took Runner Up in the New Discoveries category. Photo by: by Arnaud Desbiez/Pantanal Giant Armadillo Project, Brazil. 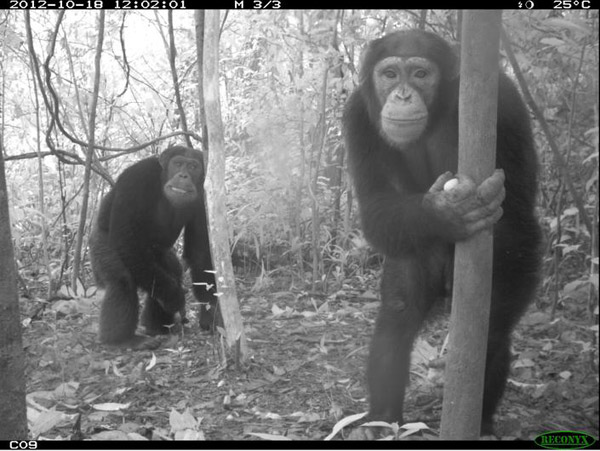 Cheeky chimpanzees in Sierra Leone received a ‘commended’ in the Animal Portraits. Photo by: Nicolas Tubbs/ARTP and GRNP, Sierra Leone. 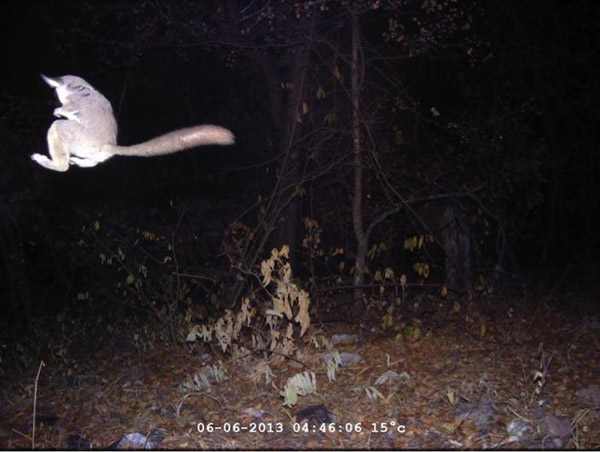 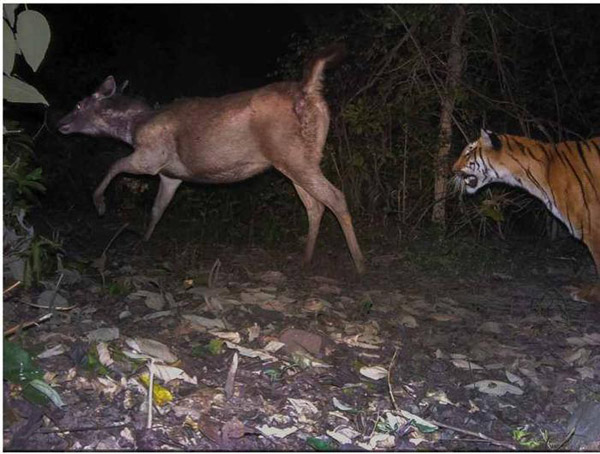 An astounding image of a tiger in pursuit of a sambar deer in India wins Runner Up for Animal Behavior. Photo by: by Bivash Pandav/Ecology of Large Mammals in Shivalik Terai Landscape, Wildlife Institute of India.

(10/24/2013) Scientists with the Wildlife Conservation Society (WCS) have captured stunning images of Andean bear families taking down camera traps in Bolivia’s Apolobamba National Natural Area of Integrated Management. In one series of images a mother and her two cubs bite, claw, and whack one of the cameras. However even as they destroy one camera, the bears’ antics are captured by another as researchers typically set several cameras to capture different views of animals, a process that helps them identify individuals.

(10/17/2013) Gabon has lost most of its big meat-eaters including lions, spotted hyenas, and African wild dogs (although it’s still home to leopards), but a new study focuses on the country’s lesser-known species with an appetite for flesh. For the first time, researchers surveyed Gabon’s small carnivores, including 12 species from the honey badger (Mellivora capensis) to the marsh mongoose (Atilax paludinosus).