The bay cat is arguably the world’s least-known member of the cat family (Felidae). Although first described by scientists in 1874, no photo existed of a living specimen until 1998 and a wild cat in its rainforest habitat wasn’t photographed until five years later. Given this, scientists with Zoological Society of London (ZSL) and Imperial College London were taken aback when their remote camera traps captured numerous photos of these elusive cats hanging out in a commercial logging concession in Sabah, a state in Malaysian Borneo.

“We were completely surprised to see so many bay cats at these sites in Borneo where natural forests have been so heavily logged for the timber trade. Conservationists used to assume that very few wild animals can live in logged forest, but we now know this land can be home for many endangered species,” says Robert Ewers from the Department of Life Sciences at Imperial College London and head of the Stability of Alerted Forest Ecosystem (SAFE) Project in Borneo where the species was photographed.

Found only on the island of Borneo, bay cats (Pardofelis badia) are slightly larger than an average domestic cat but with a long tail. A reddish-colored coat makes the cat stand out from other felines in the region, however individuals have also shown a gray-black form. 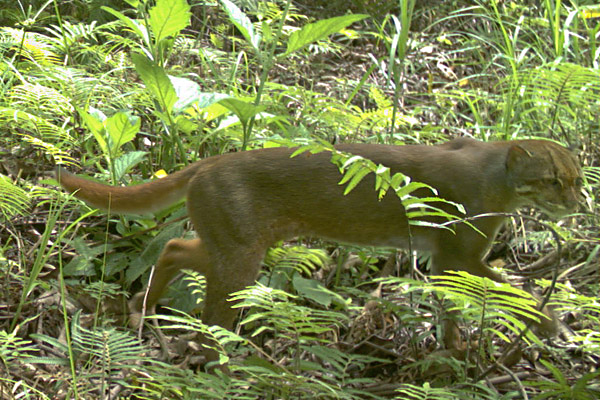 In the last few years, more information has been coming out about the bay cat. In 2009, researchers captured a wild bay cat on video for the first time, while last year researchers announced that had photographed the species at unexpected elevations. Still, no one has conducted a thorough study on the species, and almost nothing is known about its behavior.

The IUCN Red List currently categorizes the bay cat as Endangered, estimating that less than 2,500 survive in Borneo. Like most of Borneo’s species, the bay cat—which is already thought to be naturally rare—is imperiled by widespread deforestation for palm oil plantations. However, the news that the cat may hold-on in logging concessions could provide some hope for longterm survival.

“The cameras record multiple sightings, sometimes of species which we might be very lucky to see even after spending years in an area. For example, I’ve seen the clouded leopard just twice in three years of fieldwork, whilst my cameras recorded 14 video sequences of this enigmatic cat in just eight months,” said Oliver Wearn with ZSL and Imperial College London. 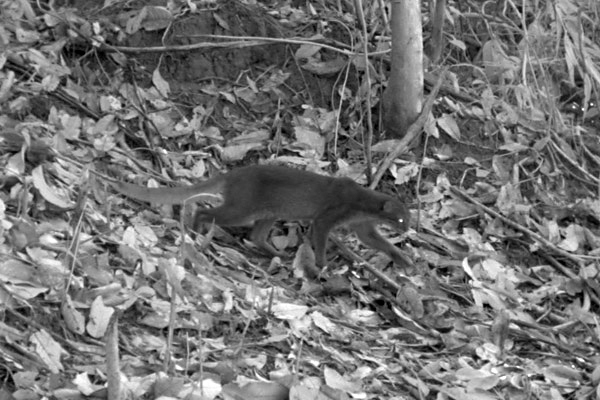 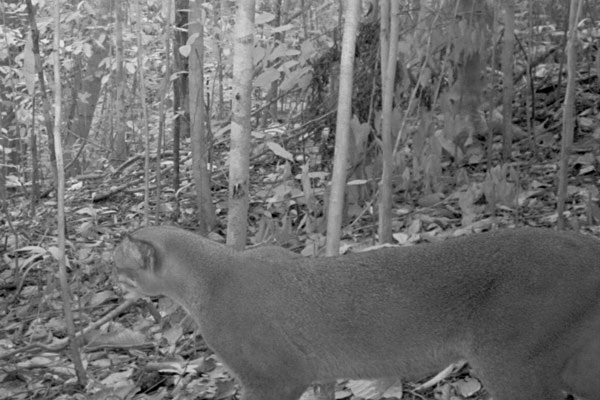 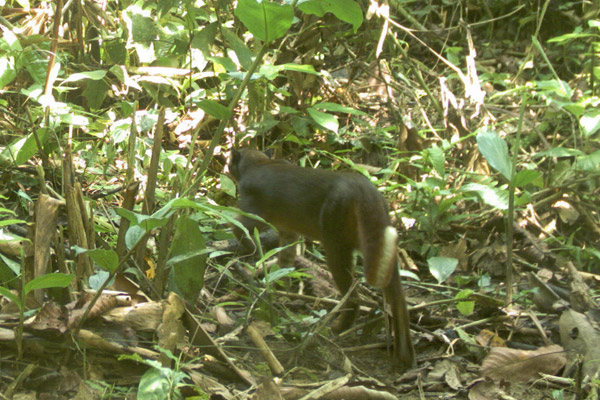 (01/11/2012) Although known to science for 138 years, almost nothing is actually known about the bay cat (Pardofelis badia). This reddish-brown wild feline, endemic to the island of Borneo, has entirely eluded researchers and conservationists. The first photo of the cat wasn’t taken until 1998 and the first video was shot just two years ago, but basic information remains lacking. A new camera trap study, however, in the Kelabit Highlands of the Malaysian state of Sarawak has added to the little knowledge we have by photographing a bay cat at never before seen altitudes.

(10/18/2011) Africa is known as the continent of big cats: cheetahs, leopards, and of course, the king of them all, lions. Even servals and caracals are relatively well-known by the public. Still, few people realize that Africa is home to a number of smaller wild cat species, such as the black-footed cat and the African wild cat. But the least known feline on the continent is actually a cryptic predator that inhabits the rainforest of the Congo and West Africa. “The African golden cat has dominated my thoughts and energy for over a year and a half now. When carrying out a study like this one, you find yourself trying to think like your study animal,” Laila Bahaa-el-din, University of Kwazulu Natal graduate student, told mongabay.com in a recent interview.

Protecting predators in the wildest landscape you’ve never heard of

(09/10/2013) The Serengeti, the Congo, the Okavango Delta: many of Africa’s great wildernesses are household names, however on a continent that never fails to surprise remain vast wild lands practically unknown to the global public. One of these is the Ruaha landscape: covering 51,800 square kilometers (20,000 square miles) of southern Tanzania’s woodlands and savannah, Ruaha contains the largest population of elephants in East Africa, over 500 bird species, and a wealth of iconic top predators, including cheetah, hyena, wild dogs, leopard, and—the jewel in its crown—10 percent of the world’s lions. But that’s not all, one of Africa’s least-known and secretive tribal groups, the Barabaig, also calls Ruaha home.