A team of researchers has discovered a new species of bat in Brazil, which has put a previously known species, Bokermann’s nectar bat (Lonchophylla bokermanni), at risk of extinction. Long thought to comprise one species, the bat populations of the Atlantic Forest and the Cerrado – the tropical savannah of Brazil’s interior – are in fact distinct from one another, according to a new study in Zootaxa. Scientists now say the Atlantic Forest’s population represents a newly described species, which they have dubbed Peracchi’s nectar bat (Lonchophylla peracchii). However, this new classification leaves the entire Bokermann’s nectar bat species restricted to a 150 square kilometres in the Cerrado, leaving them under threat of extinction by habitat destruction. Additionally, scientists know very little about Bokermann’s nectar bat, as most studies have actually been focused on Peracchi’s.

Bat species of the Lonchophylla genus feed on nectar and differ from fruit-eating bats by their long, extensible, grooved tongues and their elongated skulls and muzzles. The two newly separated species are distinguished from each other by their fur color and ear shape, with the Cerrado species having a grayer hue and shorter, more rounded ears.

“L. bokermanni [Bokermann’s] occurs in two areas within the Cerrado biome, forages in natural and anthropic open habitats, feeds on pollen, nectar and insects, and pollinates two plants,” stated co-author Ricardo Moratelli. One of the plant species pollinated by Bokermann’s nectar bat is Encholirium subsecundum, a bromeliad species that grows on or among rocky outcrops.

A five-day study in 1989 found that Bokermann’s was the only nectivorous bat species feeding on the bromeliad, meaning that if the bat were to become extinct, there is a high chance the bromeliad would soon follow.

The Cerrado is the second-largest type of ecosystem in Brazil, covering 21 percent of the country’s land area, and is the world’s most biologically rich woodland savannah. However, it faces an increasing risk of habitat destruction. Threatened by industrialized agriculture such as soybeans and corn, the grassland that once covered an area half the size of Europe is now decreasing by 1.1 percent every year. Following the agricultural restrictions implemented throughout the Amazon rainforest, many farmers turned to the Cerrado as a place for cattle ranching, pasture and charcoal production. In the 1970s and 1980s, the Cerrado became the forefront of Brazilian agriculture, contributing to Brazil’s status as an agricultural super-power. Today, this savannah is used to grow nearly 60 percent of Brazil’s soy crop and 25 percent of its grain.

“The Cerrado was pretty much intact until the 60s, when most of the relevant economic activity was the cattle ranching,” Ricardo Machado of Conservation International told mongabay.com in 2007. “During the 70s when new technologies and new varieties of plants (corn, soybean, rice, wheat, eucalyptus, and grasses for livestock) were introduced the Cerrado became an important region for the Brazilian agribusiness. More and more native areas were cleared to be converted for planted pastures (using African grasses) or croplands. The natural vegetation removed was converted to charcoal to be used by the steel industry.”

These threats pose significant risks to Bokermann’s nectar bat, as well as the thousands of other species endemic to this grassland. The study recommends a multifaceted approach of research initiatives and policy changes in order to learn more about the imperilled mammal and safeguard its existence.

“As scientists, we need to apply efforts to convince policy makers about the singularity of Cerrado’s animals and plants, and the importance of their conservation… Any conservation strategy must be a research base; and now we need field studies to try to uncover any additional information on distribution and natural history of L. bokermanni,” said Moratelli, adding that “Subsequently, we need to investigate its genetic variability, abundance, home range and biological requirements. With a more complex framework we can develop a conservation plan for this species. If future research confirms that L. bokermanni is restricted to a small and unprotected area, part of the strategy may include the creation of a conservation area for the species.” 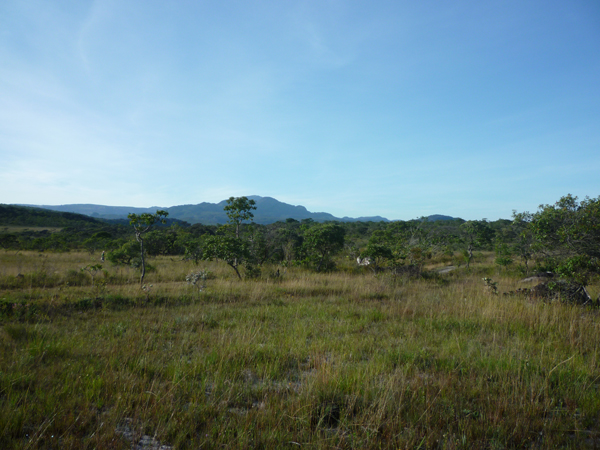 (11/11/2013) An international research team led by Daurina Koubinova has discovered five new species of vesper bats during a series of expeditions to Senegal’s Niokolo-Koba National Park. The new species are considered cryptic, because their genetic makeup is different despite physical similarities. The new bats have yet to be named.

(11/08/2013) A dolphin swimming through the world’s oceans after fish, and a bat flying through the air with its membranous wings to catch insects or eat fruit: at first glance, it looks like no two creatures could be more different. But it turns out they share a superpower – they hunt prey by emitting high-pitched sounds and listening for a returning echo. A recent study published in the journal Nature Letters has shown that the regions of the genome responsible for this ability are strikingly similar between these very different mammals.

(10/28/2013) One of the world’s least-known flying foxes could face extinction by rising seas and changing precipitation patterns due to global warming, according to a new study in Zookeys. The research, headed by Donald Buden with the College of Micronesia, is the first in-depth study of the resident bats of the remote Mortlock Islands, a part of the Federated States of Micronesia.