In 1992, scientists made a spectacular discovery: a large, land mammal (200 pounds) that had somehow eluded science even as humans visited the moon and split the atom. Its discoverers, with WWF and Vietnam’s Ministry of Forestry, dubbed the species the saola (Pseudoryx nghetinhensis). Found in the Annamite Mountains in Laos and Vietnam, the saola is a two-horned beautiful bovine that resembles an African antelope and, given its rarity, has been called the Asian unicorn. Since its discovery, scientists have managed to take photos via camera trap of a wild saola (in 1999) and even briefly studied live specimens brought into villages in Laos before they died (in 1996 and again in 2010), however the constant fear of extinction loomed over efforts to save the species. But WWF has announced good news today: a camera trap has taken photos of a saola in an unnamed protected area in Vietnam, the first documentation of the animal in the country in 15 years.

“In Vietnam, the last sighting of a saola in the wild was in 1998,” says Dang Dinh Nguyen, Deputy Head of Quang Nam Forest Protection Department and Director of Quang Nam’s Saola Nature Reserve. “This is an historic moment in Vietnam’s efforts to protect our extraordinary biodiversity, and provides powerful evidence of the effectiveness of conservation efforts in critical saola habitat.”

In 2011, the Vietnamese government set up the Saola Nature Reserve even though scientists weren’t certain how many individuals were left in the country, if any. Until September (when WWF took the camera trap photo) there had been no evidence of a living saola since the brief captive died in 2010.

In both Laos and Vietnam, the saola is most at risk from snares set out by local hunters for other species. Programs have been set up across both countries to combat the snare problem in saola-territory. Other threats include hunting with dogs and habitat loss, especially due to infrastructure projects like roads which open up impenetrable forests to new impacts. Scientists believe the species has at best only a few hundred animals left and maybe only a couple dozen. In fact, according to the IUCN Red List, “Saola numbers may be so low that no viable populations remain.”

Still, this doesn’t mean conservationists are giving up. 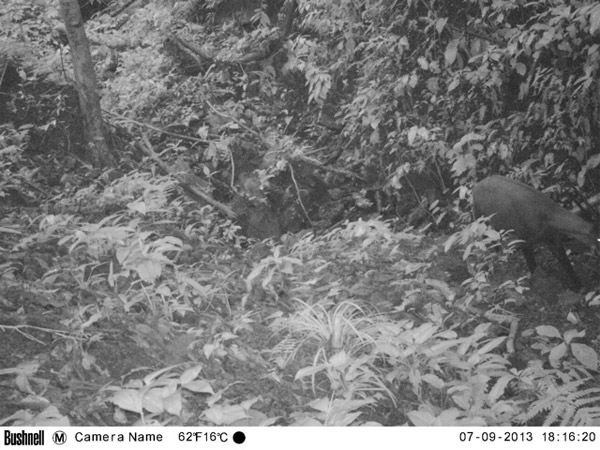 This camera trap photo with saola on the far right confirms the species existence in Vietnam. Photo by: WWF.

“Since 2011, forest guard patrols in [the area] have removed more than 30,000 snares from this critical saola habitat and destroyed more than 600 illegal hunters’ camps. Confirmation of the presence of the saola in this area is a testament to the dedicated and tireless efforts of these forest guards,” says Van Ngoc Thinh, WWF-Vietnam’s Country Director.

Despite being known to science for over 20 years, researchers know next-to-nothing about the saola itself, including behavior, breeding, and even diet. Even with remote camera traps, monitoring the saola population has proven incredibly difficult if not impossible.

William Robichaud, who has spent over a decade working to save the species from extinction, told mongabay.com today that the newly released photo is “probably the most important photo of animal in the wild, at least in Asia, in a decade or more. The fact that it was taken in Vietnam, where both human population density and poaching intensity, are higher than in Laos, is very encouraging. We also know it to be in a protected area (although WWF is not saying which one, so as not tip off poachers), and one that has recently implemented a model of well-funded, well-managed ‘forest guards,’ recruited from local communities. This is evidence that such efforts can work. We now need to scale them up to other saola priority sites.”

In 2011, Robichaud called the saola the most astounding zoological discovery of the 20th Century among vertebrates—so long as one included the okapi, which was discovered in 1900. Both the saola and the okapi are distinct enough to be the only members of their genus.

WWF’s camera trap images not only confirms its survival in Vietnam but also adds new impetus for conservation programs there, which could benefit many other species, including the large-antlered muntjac (Muntiacus vuquangensis) and the Truong Son muntjac (Muntiacus truongsonensis), both discovered after the saola in the 1990s. The large-antlered is the world’s biggest muntjac (though still smaller than the saola) and is listed as Endangered, while the Truong Son muntjac is considered Data Deficient.

“When our team first looked at the photos [of the saola] we couldn’t believe our eyes. Saola are the holy grail for Southeast Asian conservationists so there was a lot of excitement,” says Van Ngoc Thinh. “This is a breath-taking discovery and renews hope for the recovery of the species.” 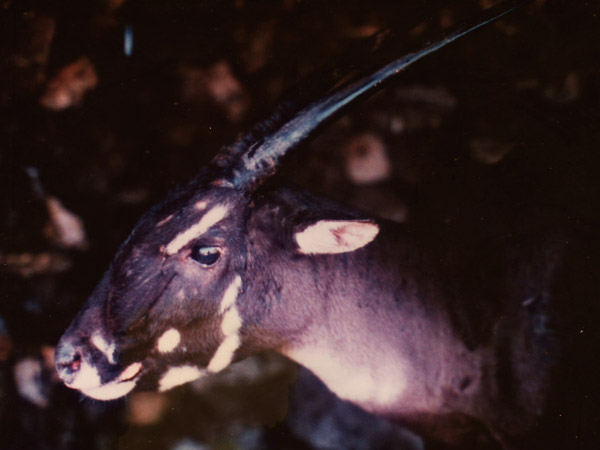 A female saola that was brought into a Laos village in 1996, nicknamed Martha. She died after 18 days in captivity. Photo by: © William Robichaud. 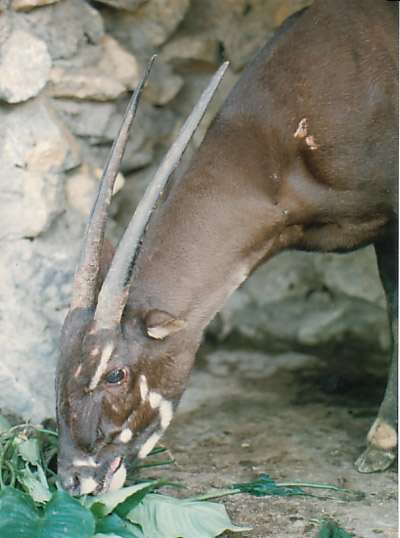 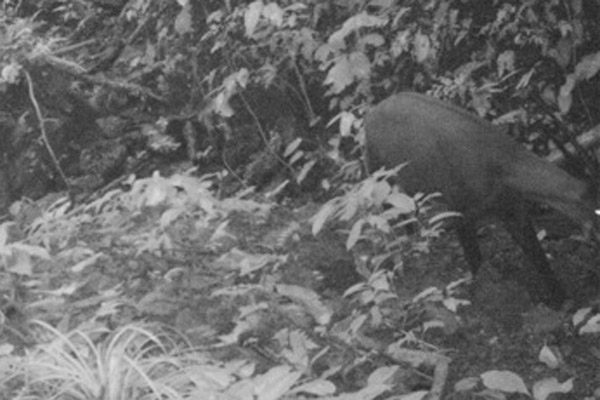 (04/14/2011) The Vietnam government and local people have approved a Saola Natural Reserve to protect one of the world’s most endangered—and most elusive—mammals. Only discovered by the outside world in 1992, the saola (Pseudoryx nghetinhensis) inhabits the lush forests of the Annamite Mountains. No one knows how many saola remain, but it has been classified as Critically Endangered as it is likely very few. Recently, conservationist William Robichaud told mongabay.com that the saola was “perhaps the most spectacular zoological discovery of the 20th century”, comparing it only to the discovery of the okapi in central Africa in 1900.

The saola: rushing to save the most ‘spectacular zoological discovery’ of the 20th Century

(04/04/2011) The saola (Pseudoryx nghetinhensis) may be the most enigmatic, beautiful, and endangered big mammal in the world—that no one has ever heard of. The shy ungulate looks like an African antelope—perhaps inhabiting the wide deserts of the Sahara—but instead it lives in the dense jungles of Vietnam and Laos, and is more related to wild cattle than Africa’s antelopes. The saola is so unusual that is has been given its own genus: Pseudoryx, due to its superficial similarities to Africa’s oryx. In the company of humans this quiet forest dweller acts calm and tame, but has yet to survive captivity long. Yet strangest of all, the 200 pound (90 kilogram) animal remained wholly unknown to science until 1992.