Outdoor air pollution has been officially classified as carcinogenic by the cancer arm of the World Health Organization.

The International Agency for Research on Cancer (IARC) said air pollution from traffic and industrial fumes was a definite cause of lung cancer and also linked to bladder cancer. The strong verdict from IARC, a cautious body that pronounces only when the evidence is strong, will put pressure on governments to take action.

“The air we breathe has become polluted with a mixture of cancer-causing substances,” said Dr Kurt Straif, head of the IARC monographs section, which assesses evidence and publishes official warnings. “We now know that outdoor air pollution is not only a major risk to health in general, but also a leading environmental cause of cancer deaths.”

Air pollution is already known to increase the risks for other diseases, including heart and respiratory disease. The numbers of those exposed to air pollution have risen rapidly as countries have industrialized. The most recent data suggests there were 233,000 deaths from lung cancer caused by air pollution around the world in 2010.

IARC monitors studies on cancer risks and issues official monographs when it has come to conclusions about a potential carcinogen. It has put out warnings about individual chemicals in the air. Diesel engine exhaust, solvents, metals and dusts have all been labelled carcinogenic. This is the first time it has classified air pollution in general as a cause of cancer. 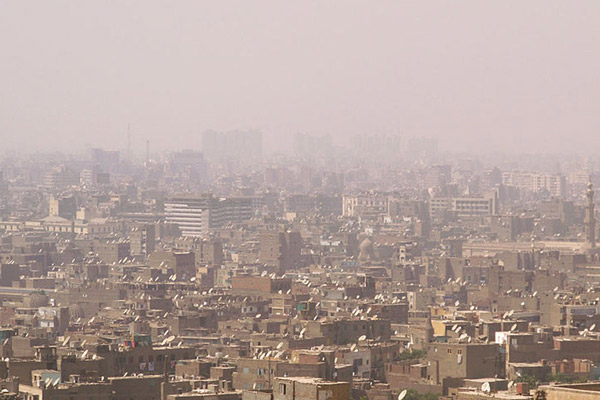 “Our task was to evaluate the air everyone breathes rather than focus on specific air pollutants,” said Dr Dana Loomis, deputy head of the monographs section.

“The results from the reviewed studies point in the same direction: the risk of developing lung cancer is significantly increased in people exposed to air pollution.”

The main sources of air pollution are traffic, power stations, industrial and agricultural emissions and heating and cooking fumes from the home, the IARC said. The levels of air pollution vary from place to place, but every country in the world was affected and should do something about it, it said.

“Classifying outdoor air pollution as carcinogenic to humans is an important step,” said the IARC director, Dr Christopher Wild. “There are effective ways to reduce air pollution and, given the scale of the exposure affecting people worldwide, this report should send a strong signal to the international community to take action without further delay.”

(07/17/2013) A high-level meeting to discuss approaches for curbing fires that drive haze over Southeast Asia ended today with a recommendation that governments establish a haze monitoring system that would share detailed land-use and concession maps to help coordinate action against companies that set illegal fires, reports the World Resources Institute (WRI).

(07/16/2013) Greenpeace and the Roundtable on Sustainable Palm Oil (RSPO), a body that sets criteria for greener palm oil production, are caught up in a row over the origin of fires that cast a pall over Sumatra, Singapore, and Malaysia last month. The dispute started when media outlets, based on independent analysis of satellite data, identified several members of the RSPO as possible culprits in the fires in Riau Province. Greenpeace said the findings indicated that the RSPO is failing to hold its members accountable for burning. The activist group also criticized the RSPO for not expressly prohibiting deforestation and conversion of peatlands.

(07/09/2013) World Growth International, a group that lobbies on behalf of industrial forestry and palm oil companies, is clouding the origin of the fires that triggered ‘haze’ air pollution alerts across Singapore and Malaysia last month.

(06/27/2013) The Indonesian government will spend 100 billion rupiah — $10 million — on a cloud-seeding scheme to reduce the haze plaguing Sumatra, Singapore, and Malaysia.