Two wildlife rangers have been killed by poachers in Thailand, reports the Wildlife Conservation Society.

The rangers were killed during a gunfight with poachers in Thung Yai Naresuan Wildlife Sanctuary on Sept. 13. One poacher was killed during the incident, while four initially escaped. Two of the poachers have since been arrested.

WCS says the poachers were targeting tigers, elephants, gibbons and other wildlife. The group added that the shooting lends urgency to the need to better equip and better support rangers.

“In light of this most recent serious incident WCS will provide additional financial and technical support to increase law enforcement efforts specifically aimed at protecting this vulnerable wildlife section of the Western Forest Complex,” said WCS in a statement. 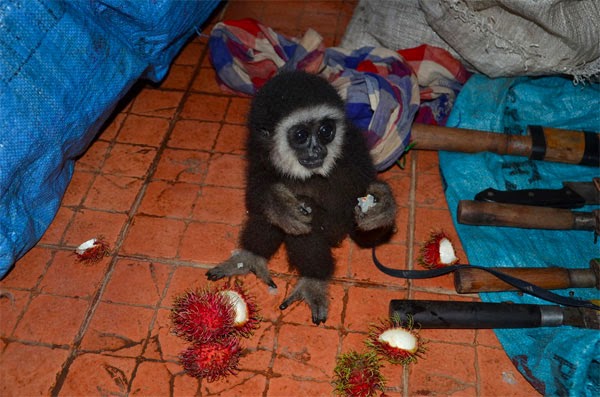 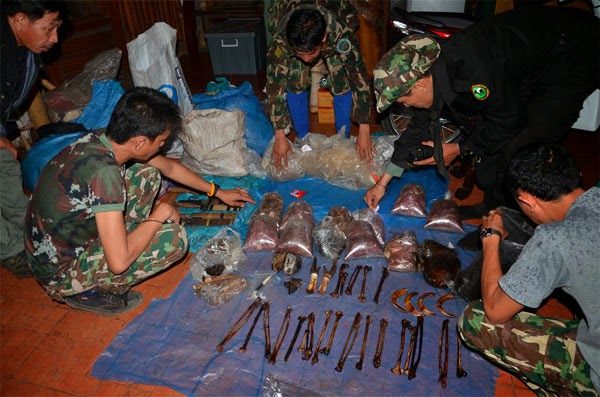 Wildlife rangers examine some of the wildlife products found on one of the captured poachers, which include parts of gaur, binturong, langur monkeys, civets, muntjaks and other species. Images and captions courtesy of WCS.

“WCS urges the Government of Thailand to allow rangers of the Western Forest Complex to have up-to-date firearms, to add new guard posts at key access points, to bring the highest quality investigative efforts to the incident and to fully prosecute once the poachers are captured.”

Elephant and tiger poaching is largely driven by rising demand for wildlife products from middle class consumers in Asia.

Every year dozens of wildlife rangers are killed in the line of duty. Most ranger deaths generally occur in Africa, especially Central and East Africa.