Amphibians hop onto your Android phone in an app that focuses on ease of use.

There are many among us who have gone out for a walk in the night, during the rains, and heard frogs chorusing. Or looked upon a small amphibian perched perilously by the wayside, and wondered what it is called.

Imagine having the answers on your Android device. Wait, you don’t have to imagine: FrogFind 1.0, an Android app launched by Gubbi Labs, a research collective, brings Indian amphibians to your Android device. Based on Dr. K. V. Gururaja’s popular book “Pictorial Guide to Frogs and Toads of the Western Ghats,” the app has 55 of the 157 known species of amphibians found in India’s Western Ghats. This is a first for India; and apart from FrogFind 1.0, there is only one other mobile app on frogs from Australia. 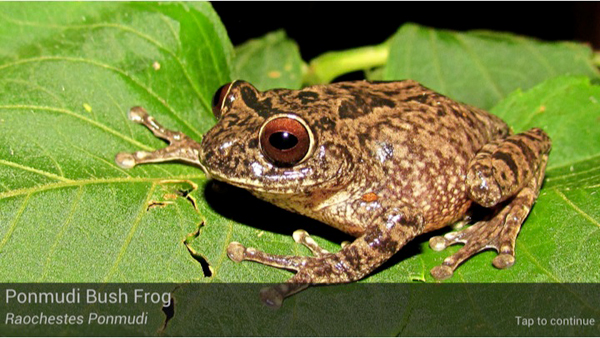 An image on FrogFind 1.0 of the Ponmudi Bush Frog.

FrogFind 1.0 opens up in a landscape mode, and you can scroll easily through the images. Each species comes associated with a set of details: the common name and scientific name to start with, information about the IUCN status, and whether the species is endemic (i.e. found only in the Western Ghats and nowhere else in the world). There is also standard information like size, habitat and where it can be seen when you are outside; but what makes the app stand out is a series of infographics that make it very easy to use when out amphibian hunting. For instance, an image of the species on a human hand gives an excellent idea of size. Whether the species is found singly or in groups, and its activity pattern (day or night) are indicated by illustrations.

FrogFind 1.0 shows habitat types as an image, rather than name making the app easy to use even for people not well versed with forest type classifications. The app also gives a map with localities where the species has been reported.

A group of us from Indian Institute of Science Education and Research at Thiruvananthapuram tested out the app when we went out for a walk in the night in semi-forested area. We felt that the filter function could perform a bit better; plus, we could only filter according to common name, and not scientific names. A new update has been announced, and these issues are sure to be addressed.

The update also promises to have some exciting new features. You will be able to search for species based on audio clips – very useful when you can’t see the camouflaged little critters when out walking in the night. Using the GPS on the phone, the app will also filter species based on where you are, the time of day/night, and season. Also, if you find a frog and you want to report it, you can do so with a touch of your screen.
Right now, the app is only available for Android, but you can expect an iOS version very soon.

“We are planning an interactive app in the coming days. Talks are on with the India Biodiversity Portal to integrate information on natural history, ecology and distribution in future,” says Dr. Gururaja K.V., the author of the book behind the app, and a part of Gubbi Labs.

There have been about 215 downloads from Google Play between mid-June and mid-July, mostly from India. Gubbi Labs was toying with the idea of an electronic version of the book when Mr. Harish Shanthi Kumar and Mr. Ashwin Murugesh purchased a copy of the book. Being Android aficionados, they asked, “can we develop an Android app on this?” – and that’s how it all started.

What with the rains lashing down, happy amphibian hunting, everyone! 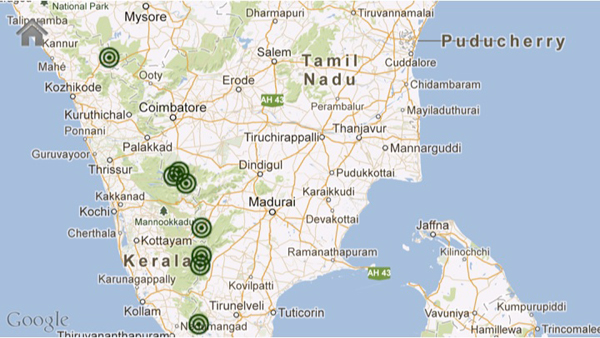 FrogFind 1.0 allows users to pinpoint locations on a map. Courtesy of Google Maps. 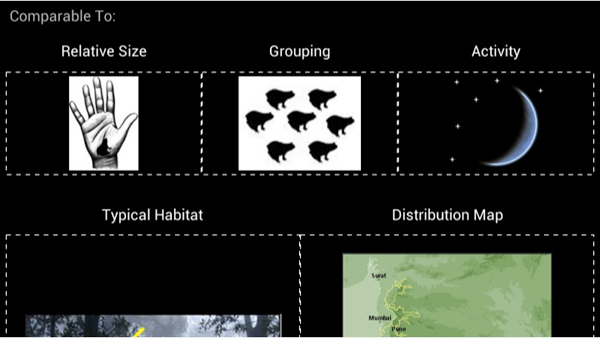 The various easy-to-use features of FrogFind 1.0.