As sea ice levels continue to decline in the northern hemisphere, scientists are observing an unsettling trend in harp seal young mortalities regardless of juvenile fitness. While a recent study found that in harp seal breeding regions ice cover decreased by up to 6% a decade from 1979 on, a follow-up study in PLoS ONE compared the rate of harp seal strandings to total ice cover from 1992 to 2010. The data showed a direct relationship between the two, with seal pup strandings rising sharply as ice cover was reduced.

In the first years of a harp seal’s (Pagophilus groenlandicus) life stable ice platforms are critical to their survival. Mother’s their birth young on se ice and raise them until they are capable of surviving on their own. The rapidly diminishing sea ice along the east coasts of Canada and the United States, however, interrupts this process at a critical state of development preventing pups from reaching maturity. As the ice melt increases, scientists have observed a rising rate of occurrences of “strandings”, in which vulnerable pup’s are left stranded on small blocks of ice isolated from their parents and eventually succumbing to starvation or the elements.

As a part of the study, researchers compared the DNA of 106 stranded harp seals with those that had been accidentally captured by fishing boats. The conclusion of this study was that the odds of survival for the young pups were completely independent from their durability, strength, or adaptive capabilities.

“We used measures of genetic diversity to determine if the dead seals that came ashore were less fit than the presumably healthy ones that had been caught by fishermen, but found no difference,” noted co-author Thomas Schultz, Director of Duke’s Marine Conservation Molecular Facility. “The stranded animals appear to have come from a genetically diverse population, and we have no evidence to suggest that genetic fitness played a role in their deaths.”

The results of this study provide valuable insights into the impacts of rising temperatures on Arctic animals.

“The effects of climate change are acting on younger animals; it’s affecting them during the crucial first part of their life,” said Kristina Cammen, a PhD student at who co-led the study.

The world is warming due to rising greenhouse gas levels in the atmosphere primarily from burning fossil fuels, but also connected to deforestation and industrialized agriculture. 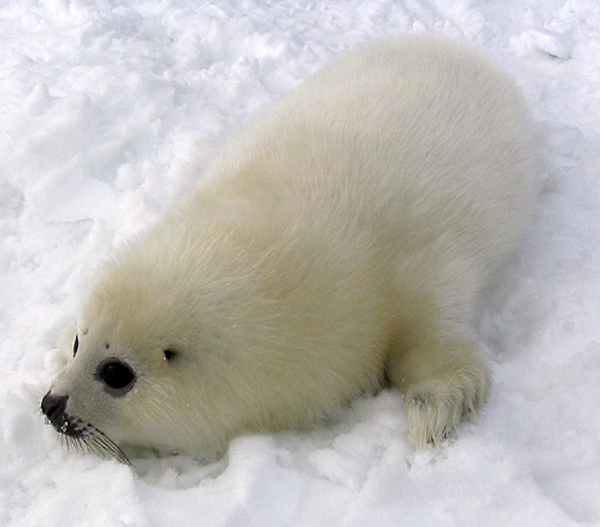 (08/15/2013) In a large room that used to house aquatic mammals at the Minnesota Zoo, Erik Runquist holds up a vial and says, “Here are its eggs.” I peer inside and see small specks, pale with a dot of brown at the top; they look like a single grain of cous cous or quinoa. Runquist explains that the brown on the top is the head cap of the larva, a fact that becomes more clear under a microscope when you can see the encased larva squirm. I’m looking at the eggs of a Poweshiek skipperling, a species that is more imperiled than pandas, tigers, or bluewhales. Once superabundant, only several hundred Poweshiek skipperlings may survive on Earth today and the eggs I’m looking at are the only ones in captivity.