85% of Brazilian leather goes to markets sensitive to environmental concerns

Around 40% of beef and 85% of leather production serve markets that are potentially sensitive to environmental concerns, providing a partial explantation as to why Brazilian producers have made recent commitments to reducing deforestation for cattle production, finds a new study published in Tropical Conservation Science.

The research, conducted by Nathalie Walker and Sabrina Patel of the National Wildlife Federation and Kemel Kalif of Amigos da Terra – Amazônia Brasileira, used government data to estimate the proportion of beef and leather production that ends up in environmentally-sensitive markets. They find that the vast majority of leather exports “could be considered to be susceptible to demand for deforestation-free products.”

For beef, the proportion is substantially lower, but still significant. Importantly, 80 percent of Brazilian beef is consumed domestically, indicating that “consumer concern in Brazil over deforestation related to the cattle industry is vital for sustained and increased action in the industry to reduce deforestation,” according to the authors. 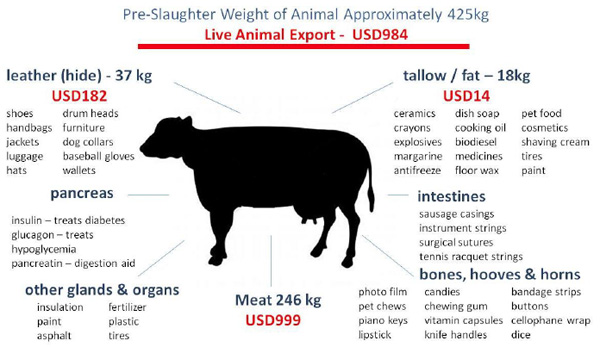 Range of Products from Cattle, with Export Values per Animal. Courtesy of Walker et al 2013

The findings provide some insight on why four major meatpackers in 2009 signed onto a moratorium on deforestation for cattle production. The moratorium, which was established in response to a damaging Greenpeace report that linked Amazon deforestation to major Western brands, committed the companies to avoiding purchases of cattle from ranches where forest clearing occurred after October 2009. The agreement led the meatpackers to suspend purchases from 221 ranches within the first 9 months of being signed.

However the moratorium doesn’t apply to all cattle producers in the Brazilian Amazon, especially the clandestine cattle market, which the researchers estimate accounts for at least 26 percent of production in the region. 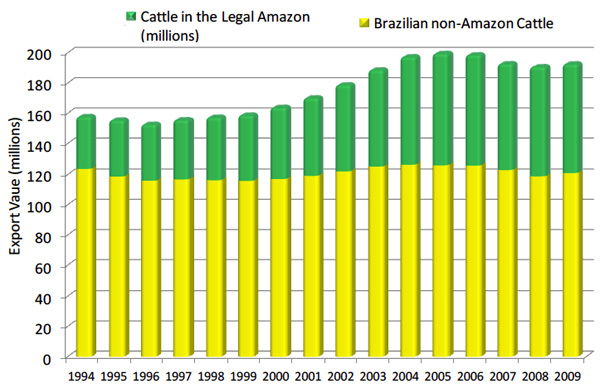 “The clandestine slaughter industry is, by definition, another sector which is unlikely to respond to market demand,” they write. “Given its illegal nature, it is not possible to determine whether the average size, herd density of ranches or level of deforestation on ranches supplying clandestine slaughterhouses differ from the legal supplying ranches. Our estimate of 26% of slaughters in Brazil being part of the clandestine industry is similar to figures of illegal production in the dairy industry, where 20% of dairy production is estimated to be neither controlled, nor inspected. However, some believe that the proportion of the market that is clandestine is much higher.”

Nonetheless, Walker, Patel, and Kalif note that the moratorium “has the potential to make one-third of the cattle industry deforestation-free”. They argue that improved governance, tougher lending rules, and other initiatives could help curtail the clandestine industry. 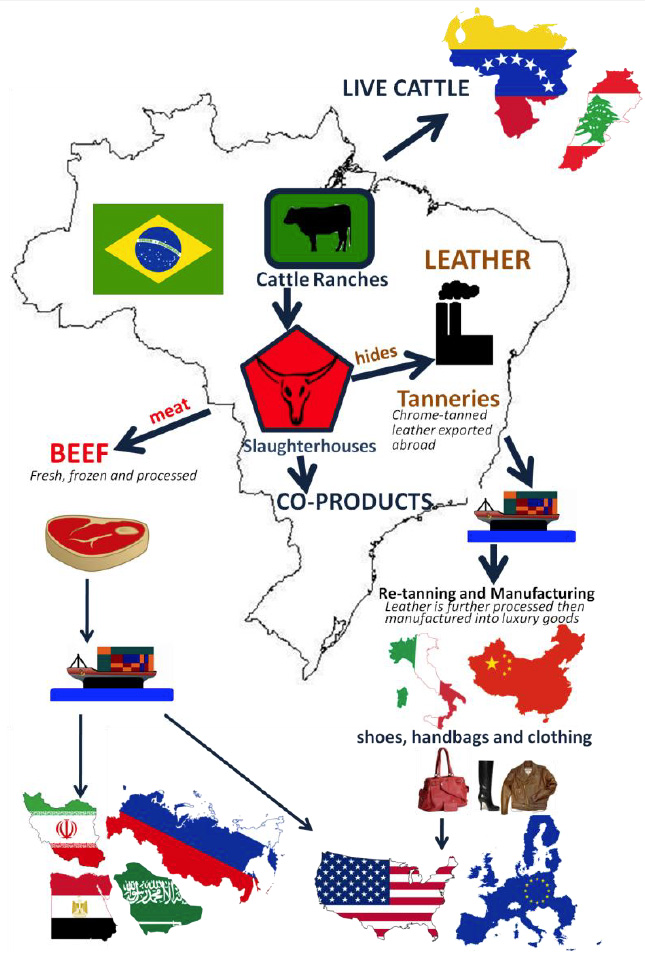 (03/07/2013) Gucci has rolled out a collection of ‘zero-deforestation’ leather handbags. Each handbag comes with a ‘passport’ that provides the history of the product’s supply chain going back to the ranch that produced the leather. The line emerged out of concerns that leather in the fashion industry is contributing to deforestation in the Brazilian Amazon, where roughly two-thirds of forest destruction is for cattle production.

(06/09/2011) Despite environmentalists’ efforts to combat “rainforest beef” in the 1980s, pasture expansion for cattle is still the primary cause of deforestation in the Brazilian Amazon, says a new report produced by Brighter Green. While Brazil’s investments in agribusiness have made it an agricultural powerhouse—the country is now the world’s third-largest exporter of farm commodities after the US and the European Union—unfortunately, two of the Brazil’s key products, cattle and soy, are still driving deforestation as well as economic growth. According to Brighter Green’s report, researchers estimate that cattle ranching caused 65-70 percent of land clearing in the Amazon between 2000 and 2005.