Nearly 500 fires are burning across the Indonesian island of Sumatra, raising fears that choking air pollution could return to Singapore and Malaysia.

The fires, set to clear land for agriculture, are concentrated in Riau, Jambi, and South Sumatra provinces. Like the fires that charred the region two months ago, much of the burning is taking place on peat soils, making them difficult to extinguish.

However unlike the June fires, which triggered severe air pollution warnings in neighboring Singapore and Malaysia, wind is limiting the “haze” to Sumatra. The worst air pollution is presently in Riau and North Sumatra, with levels registering as “hazardous” in several cities.

The fires are likely to burn through the end of the dry season, which typically runs through late October. 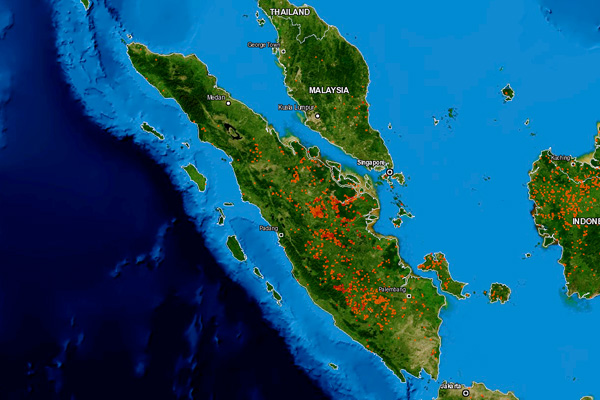 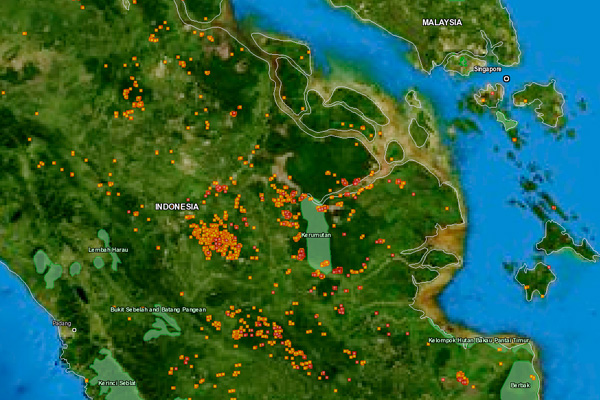 Fires have become increasingly common in Sumatra in recent decades as large swathes of forest have been degraded by logging and cleared for industrial timber and oil palm plantations. Vast ares of peatlands have been drained for palm oil production, further boosting fire risk. Analysis by Eyes on the Forest, a coalition of local environmental groups, has found that nearly 90 percent of June’s fires occurred in peatland areas. Meanwhile up to 87 percent of deforestation in Riau — the main fire hotspot — between 2007 and 2012 can be attributed to conversion for plantations.