Stunning moth species discovered in the mountains of China

A new species of moth (Stenoloba solaris) was discovered in the Yunnan province of China, a new addition to the nascent genus of moth, Stenoloba. The discovery was published in the open access journal ZooKeys.

The moth is colloquially known as the “sun moth” because of the intricate pattern that covers its upper wings and resembles the rising sun. Color, wing pattern, and genital characteristics distinguish Stenoloba solaris from other species of Stenoloba. Discoveries of species within this genus have blossomed in recent decades with only 35,000 species of an estimated 100,000 have been documented. In contrast, the number of mammals worldwide is currently less than 6,000.

Researchers collected a single male specimen of the sun moth in an area of the Baima Xue mountain range that researcher Oleg Pekarsky describes as a “wide river valley…dominated by various conifer trees, bushes and rhododendron.” The Baima Xue mountain range is a Yunnan protected area within a UNESCO World Heritage sight that is known for its biodiversity and healthy ecology. Because of this, the sun moth suffers little from human impact on the environment. Other than its habitat, little is known about the sun moth in regards to population, diet, range, and predation. 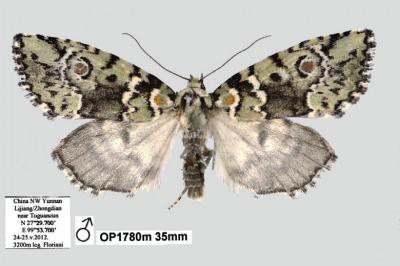 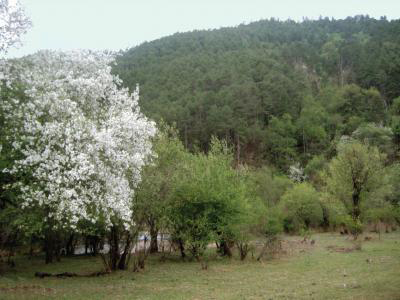