Wind patterns, rather than a sharp increase in fires, is to blame for the record setting air pollution affecting Singapore and Malaysia, finds new analysis by the World Resources Institute (WRI).

WRI looked at hotspot data from NASA over the past 12 years and found that while there have been an unusually high number of fire alerts this year and bigger factor in causing the headline haze over Singapore has been wind patterns that push smoke directly over the island city-state.

“While historic data shows that forest fires are not uncommon this time of year in Sumatra, there has been a dramatic increase in international attention around recent fires. Many forest fires typically go unnoticed by people and media outside the Sumatran provinces of Riau, Jambi, and North Sumatra,” explained WRI in a blog post. “This time, things are different—most likely because of current wind and air movement patterns which took the smoke to Singapore.”

“The wind patterns directed the smoke and haze from a large proportion of fires towards Singapore, a densely populated metropolis and a global financial and media hub. As a result, the haze from the fires instantly drew the international media’s attention.” 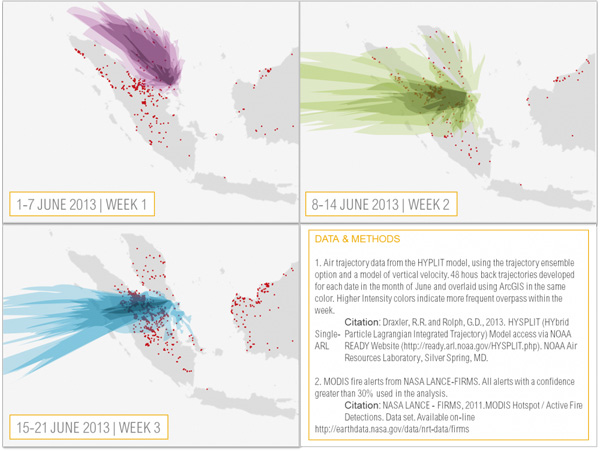 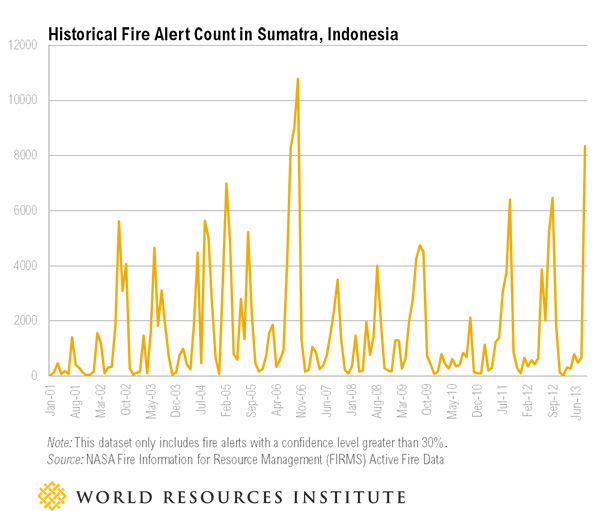 The haze over Singapore has triggered health warnings and heated rhetoric from regional officials and politicians over the past two weeks. Singapore has criticized Indonesia for failing to control fires in Sumatra. While Indonesia has apologized for the haze, officials have noted that several of the palm oil and timber companies that preliminary reports have linked to the fires are based in Singapore. Therefore Singapore has a direct role in the haze.

The majority of the fires now burning are concentrated in areas that have been deforested and degraded for plantation development. Fires in drained peatlands, which are highly vulnerable to burning when dry, are an especially large source of both air pollution and carbon dioxide emissions. Less than 4 percent of current hotspots are in protected areas.