Researchers at the University of Maryland have developed a 30-meter resolution forest cover data set that could boost efforts to track deforestation and forest degradation.

The dataset, which is published in the International Journal of Digital Earth, is based on combining data from two satellite sensor systems: 250-meter resolution MOderate-resolution Imaging Spectrometer (MODIS) and 30-meter Landsat imagery. The result is a tree cover layer that is more accurate than the industry standard for global forest measurement: the MODIS-based Vegetation Continuous Fields (VCF) dataset.

The development is important because land-use changes like deforestation, forest degradation, and reforestation often occur at scales too small to detect with conventional VCF-based systems, according to the study’s lead author Joseph Sexton.

“I envision these data being used to refine scientific analysis – ecology, hydrology, economics, etc. – of forest ecosystems globally,” Sexton told mongabay.com. “But moreover, from a practical standpoint, they bring satellite-derived measurements of tree cover down to the sub-hectare scales at which local decisions are made. In so doing, they enable communication between scientists working to monitor and understand ecosystems and the policy-makers and individual land-holders enacting conservation on the ground.” 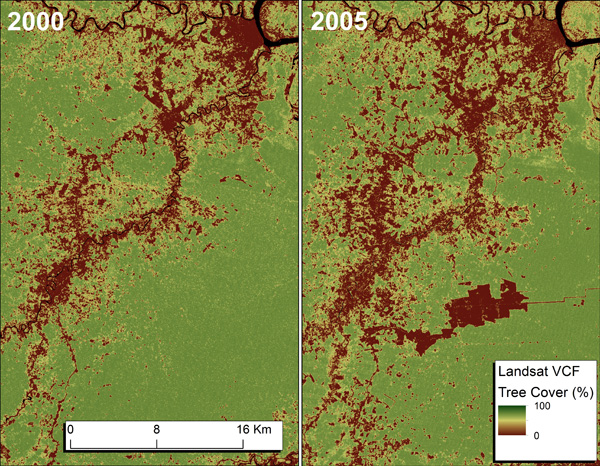 The development is a potential “game changer” for tracking changes in forest cover, according to Clinton Jenkins, a North Carolina State University researcher who wasn’t involved in the study but is an active user of remote sensing data.

“The reason this dataset is a game changer is two-fold. First, it is 30-meter resolution and based on Landsat, which is a first for such a global dataset. Nearly every global dataset out there now is 1-km in resolution. Second, it is percent tree-cover rather than some arbitrary definition of a “forest”. This means that one could apply any definition of forest (e.g., 30% canopy closure) and know how much area globally meets that criterion.”

“Multiple groups have been working on such data, and there is immense demand,” Jenkins added. “The Sexton et al team is the first to arrive at the finish line.”

The dataset, which is freely available at the Global Land Cover Facility (GLCF) website, is already being used to analyze global patterns of forest cover and change, according to Sexton. 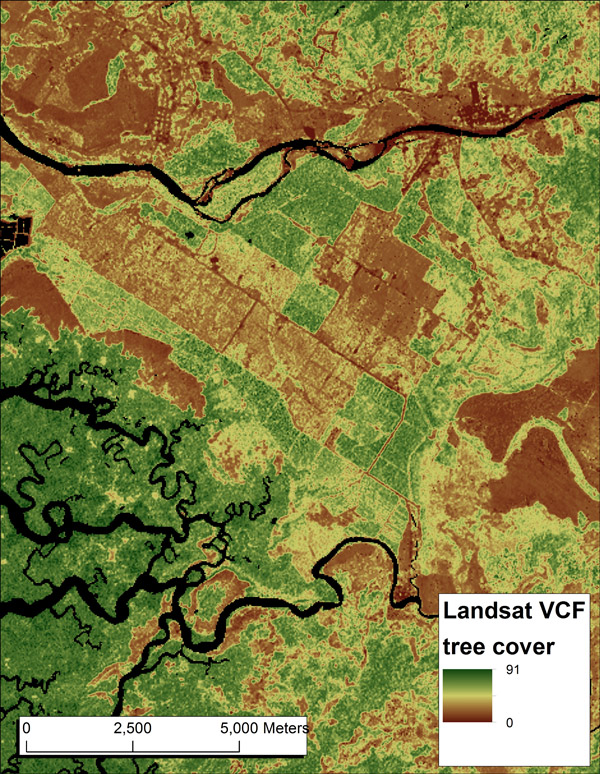