All the world’s rarest birds in one book: photo contest enlivens new guide

The World’s Rarest Birds is an extraordinary bird book.

590 different bird species are classified as Endangered or Critically Endangered, with many species only existing in captivity. A new book, The World’s Rarest Birds, catalogs all of these species. Each species is shown with remarkable color-photography and illustrations. Threats to species habitat are described, population estimates per species are given, and each species has a quick response (QR) code that takes the reader to a species-specific BirdLife International webpage. The book also covers 60 Data Deficient species. Data Deficient means that there exists little to no information on the relative abundance and distribution of the species. 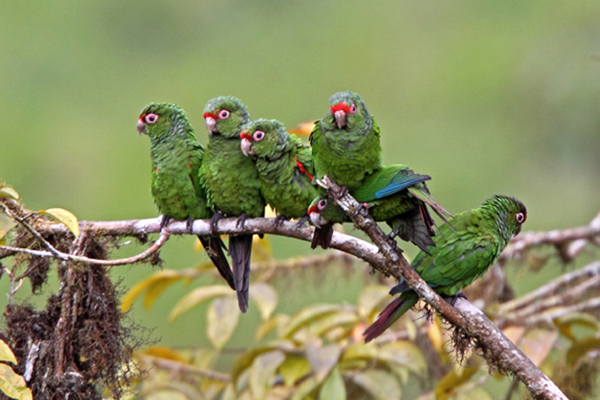 We are the cause of the global extinction crisis for avian friends. If you support conservation, and wish to protect the Earth’s rarest birds, you need to read The World’s Rarest Birds.

INTERVIEW WITH ERIK HIRSCHFELD, co-author with Andy Swash and Robert Still of the The World’s Rarest Birds 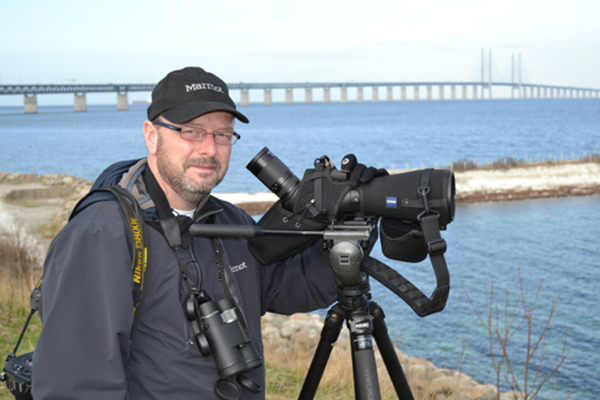 Mongabay: Where did you generate the idea for the international photograph competition to photograph these rarest of the rarest bird species?

So many good images were published in magazines and the internet and with a digital camera being an essential piece of equipment for most birders, I thought the time was ripe to try out a competition focusing on endangered birds. Surprisingly, it was not just amateurs who contributed, but also professional photographers. The non-commercial cause of the competition contributed to the willingness to upload, and I think knowing that one’s image could help to spread awareness of a species probably helped. And it is always great to see one’s image in print.

Mongabay: How did you get involved in bird watching? As a non-scientist, what is it like to be an international birding expert? 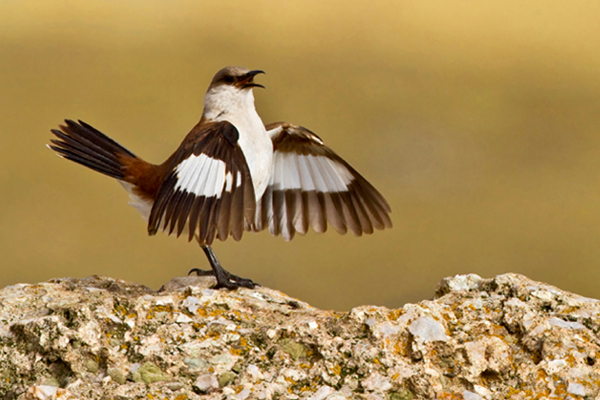 Erik Hirschfeld: It is a hobby from my teenage years. In Sweden, at that time in the mid-70s, kids could join a natural history youth organization called Fältbiologerna, led by youths, which spent much time outdoors. Birding was big in my local club. My father was supportive as he co-founded the society some decades earlier and had had a natural history upbringing. I chose a career in aviation, as I thought I would be freer financially to pursue my interest in birding if I was not a professional conservationist, but I should admit that now I am almost more involved in various birding work than in my professional career. I have always been internationally inclined, having moved around a bit. That is the great thing with birds, regardless of where you live there is always something interesting to look at and study and record.

Mongabay: How hard is it to obtain photographs of some these elusive, rare species? What techniques were used? Were camera traps and other similar techniques used?

Erik Hirschfeld:
I have not taken any photos myself, so here is a general answer. Various techniques have been used, in some occasions camera traps or digiscoping. Important though is that the birds are not disturbed by photographers, for example by nests. Some photos were taken by scientists extremely familiar with the species concerned.

Mongabay: A number of the bird species don’t include photographs because none are available. How does Tomasz Cofta illustrate a bird species with so little to go on? 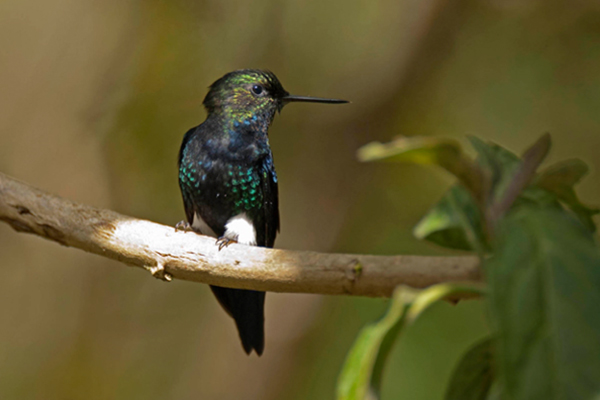 Erik Hirschfeld: Tomasz does not know more about that species than anyone else. A lot of information is in the web, including old illustrations, scientific papers on newly discovered species, photos of museum specimen etc. He has also help to get photos from museum staff from all over the world. To make an illustration of a rare bird he studies many photographs of closely related species, looking for specific postures and the general characteristics of the species group. Then Tomasz sketches a silhouette with appropriate species’ characters according to the descriptions and photos. To make an image more realistic he uses his 35 years of experience of field observations and, above all, of birds in hand (as a ringer). Tomasz has handled over 80,000 live birds of 200 species and has carefully studied their morphology. He has drawn hundreds of technical sketches to document body structure, plumage, and coloration details. The knowledge about finest details of “an average bird” provides him some kind of certainty in painting “the unknown bird”. Tomasz calls his paintings in The World’s Rarest Birds “science-fiction” art. Nevertheless, some are still painted with a big dose of his ornithological imagination.

Mongabay: What type of techniques and software does Tomasz Cofta use?

Erik Hirschfeld: Nothing special—an outdated Adobe Photoshop and 12 years old Wacom digtal drawing tablet. No photograph of any bird was altered to make an illustration. However in few pictures a tree bark texture was taken from his own photos. The rest of every image is created completely artificially.

Mongabay: In the process of this book, does a particular bird stand out to you as a personal favorite? 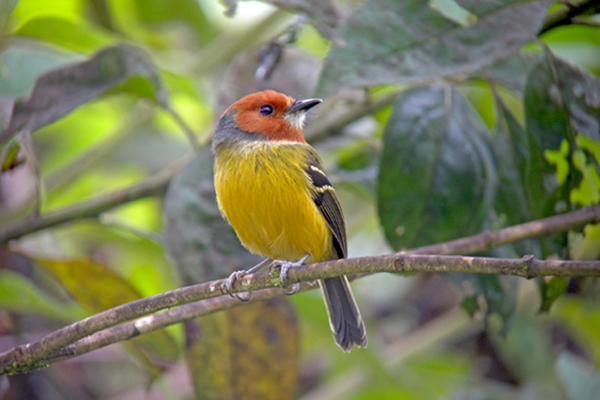 Erik Hirschfeld: There are many….I am a great fan of the Kakapo (Strigops habroptilus) on New Zealand. The Slender-billed Curlew (Numenius tenuirostris) is another one. I have looked so much for it when I lived in Arabia but never found one. The Spix’s Macaw (Cyanopsitta spixii) is another one, like most parrots fascinating and personal. But there really are too many species to select just one….

Mongabay: If you could save one bird from extinction today, which would it be and why?

Erik Hirschfeld: Any of the vulture species, because they are so importance for taking care of deceased animals and they are significant for human culture (e. g. used for “aerial burials” in south Asia). If they disappear, as we have seen in south Asia, dogs take their niche and rabies spread by dogs will increasingly affect the human population. All species have a role in maintaining the balance of the ecosystems, but it is very significant how the vultures’ declines strike back at us humans.

Mongabay: What do you see as the gravest threats to birds in general worldwide?

Erik Hirschfeld: Farming and fish farming as well as global warming, whatever the causes of the latter is. Introduction of alien animals species and plants also destroy natural ecosystems, which is well documented. Farming destroys natural habitat and attracts pollution through pesticides. Sometimes much-needed food is not grown, rather other produce which can be exported and bring in more income is farmed. All fine for the farmer, but less so for those who do not have farmland and need staple food. Fish farming destroys coastal mudflats and mangroves. I do not mean that we should stop our agricultural practices, but we should think more about which crops we grow, why we grow them and how they can be used locally and not exported overseas.

Mongabay: Can you describe some conservation successes and failures associated with protecting The World’s Rarest Birds?

Erik Hirschfeld: Two species, Hawaiian Crow (Corvus hawaiiensis) and Spix’s Macaw (Cyanopsitta spixii) are planned to be reintroduced back into the wild this year. They are extinct from the wild. So even if they are not saved yet, the possibility of reintroducing them would be a great success. A failure that comes to mind is the extinction of the Alaotra Grebe (Tachybaptus rufolavatus) in Madagascar, but I think there are more success stories than failures, at least in this millennium so far.

Mongabay: How can Mongabay.com’s readers help conserve The World’s Rarest Birds species around the world? Do you have suggestions?

Erik Hirschfeld: They can monitor BirdLife International’s website www.birdlife.org and learn about the situation there. Also join the group Critically Endangered Birds on Facebook. Talk to other people about bird conservation, especially if you know decision-makers, and spread awareness of these rare birds. Join the Preventing Extinctions Programme run by BirdLife, get people and ask corporations with funds to become Species Champions, a program run by BirdLife International and a perfect corporate social responsibility cause for a company or individual wishing to do something concrete for our environment. And go and try to see these birds, responsibly, so locals understand they can make money from ecotourists if they protect the birds and habitats.

Mongabay: How do we encourage young people and teenagers to get involved in bird watching? How do we make it fun for them given so many young people suffer from “nature-deficit disorder”?

Erik Hirschfeld: Move part of the birding scene to the internet and social media and make it interesting. Spread the news of what is going on and ask for interaction/reports from other people. Teachers have a big responsibility to get kids out into nature. Focus on the easily accessible birds and start the interest there, feed them in winter if you live in a cold climate, make counts, hummingbird feeders, organize competitions over how many species you can see, build nest boxes, etc. If an interest is founded at an early age, it is quite plausible that the interest will follow in life and affect an individual’s awareness of our avian diversity and the problems our avian neighbors on Earth face. 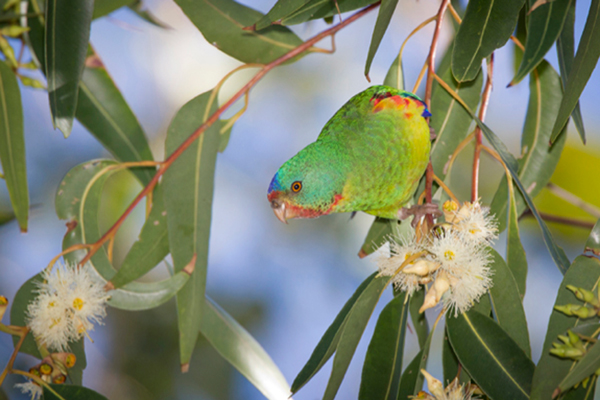 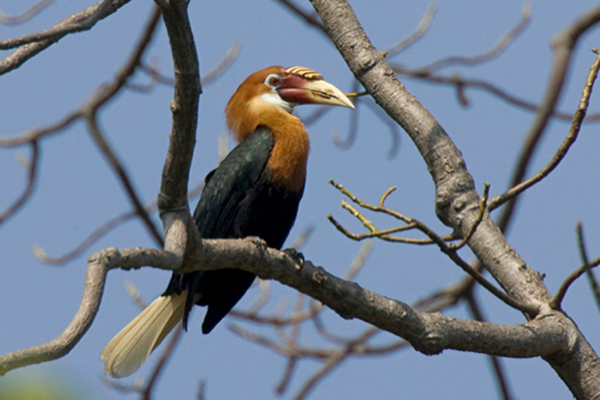 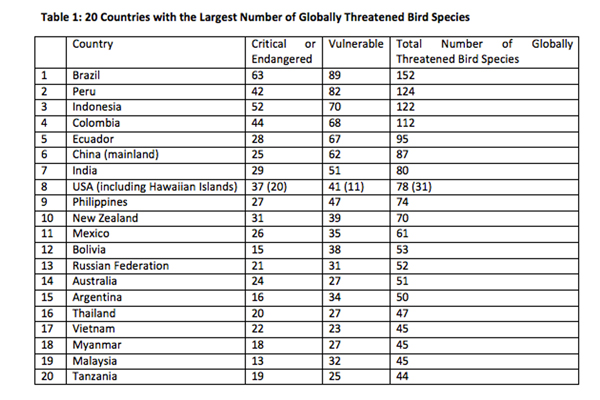 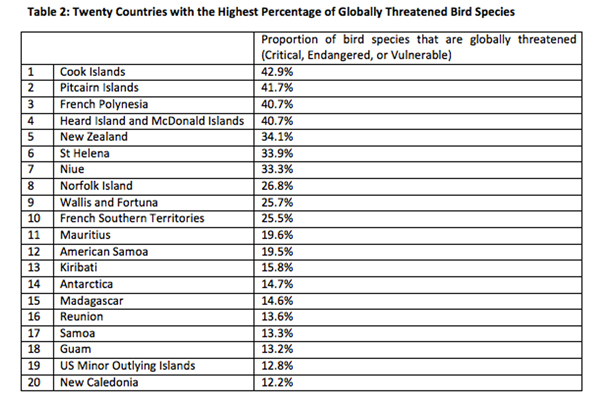 World’s rarest duck on the rebound in Madagascar

(05/01/2013) After a final sighting in 1991, the Madagascar pochard was thought to have vanished for good. But this diving duck was rediscovered in 2006 when a flock of 22 individuals was found on Lake Matsaborimena in northern Madagascar by conservationists during an expedition. Soon after Madagascar pochard eggs were taken and incubated in a joint captive breeding program by Durrell, the Wildfowl & Wetlands Trust (WWT), the Peregrine Fund, Asity Madagascar, and Madagascar government, which recently announced that the population—both captive and wild—has nearly quadrupled.

(04/26/2013) The population of a widely dispersed bird species is relatively unaffected by warmer springs, indicating that some species may be adapting to shifts caused by climate change, reports a study published in the journal Science.

(03/31/2013) A chick — typically a baby chicken — is a common symbol for Easter. Since we’re Mongabay, today we’re highlighting another type of chick: a young horned screamer from Eastern Colombia.

(03/25/2013) Around 4,000 years ago intrepid Polynesian seafarers made their way into an untamed wilderness: the far-flung Pacific Islands. Over a thousands or so years, they rowed from one island to another, stepping on shores never yet seen by humans. While this vast colonization brought about a new era of human history, it also ended the existence of well-over a thousand bird species according to a new study in the Proceedings of the National Academy of Sciences (PNAS).