Electricity supplied from a new wind farm is cheaper than that from a new gas or coal-fired power plant in Australia, reports a new analysis published by Bloomberg New Energy Finance.

“The perception that fossil fuels are cheap and renewables are expensive is now out of date”, said Michael Liebreich, chief executive of Bloomberg New Energy Finance. “The fact that wind power is now cheaper than coal and gas in a country with some of the world’s best fossil fuel resources shows that clean energy is a game changer which promises to turn the economics of power systems on its head.” 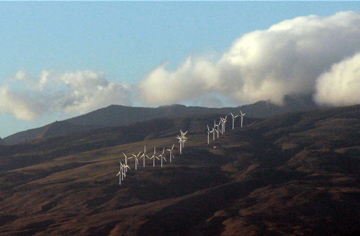 The research also looked at electricity generated from solar. It concludes that large-scale solar PV will be cheaper than new coal and gas plants by 2020. By 2030, solar thermal and biomass could underprice coal and gas.

While the findings are encouraging for renewable energy advocates, at present, fossil fuel-based electricity is still a less costly option for ratepayers due the large number of legacy power plants that were built and depreciated years ago.

“New wind is cheaper than building new coal and gas, but cannot compete with old assets that have already been paid off,” said Kobad Bhavnagri, head of clean energy research for Bloomberg New Energy Finance in Australia. “For that reason policy support is still needed to put megawatts in the ground today and build up the skills and experience to de-carbonize the energy system in the long-term.”