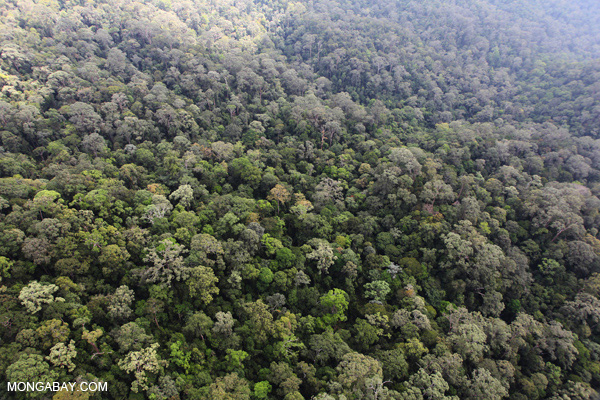 The World Bank’s investments in forestry over the past decade have failed to meet key objectives of reducing poverty, preserving forests, slowing climate change, or benefitting local communities, according to a report developed by its internal auditing body.

The report, which was seen by The Guardian ahead of its public release, is highly critical of the bank’s investments in 345 forestry projects between July 2001 and July 2011. The Independent Evaluation Group (IEG), comprised of bank staff and outside consultants, says that while the bank’s $4.1 billion investments helped protect 24 million hectares of forest and set aside 45 million hectares for indigenous people, it largely failed to achieve its social and environmental targets.

The report criticized the bank for continuing to fund industrial logging, failing to involve communities in decision-making, and supporting approaches where benefits accrued to the wealthy at the expense of the poor. According to IEG, the World Bank mostly ignored the informal sector, which is an important source of income for many forest-dependent people. Conservation projects often forced local people to move against their will.

The report, which will be discussed next week, comes as the World Bank is raising funds for its forestry programs, including initiatives to support the nascent Reducing Emissions from Deforestation and Degradation (REDD+) mechanism, which aims to compensate developing countries for preserving and more responsibly managing their forests. Most of the project activities covered in the report came before the launch of REDD+ activities. Nonetheless the findings are consistent with many of the concerns raised by critics of REDD+, including lack of local participation, unfair benefits distribution, and incentives for industrial activities in forest areas.