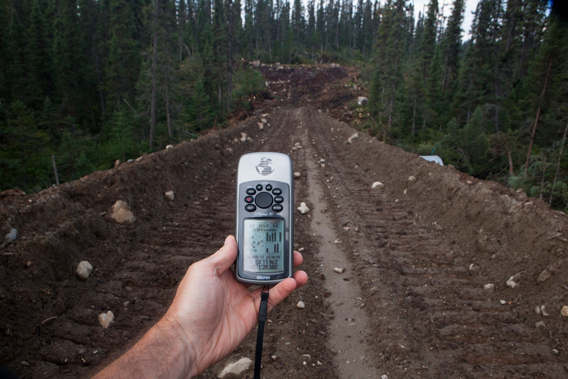 When a long-fought peace was reached between nine environmental groups and 20 logging companies in 2010 for the vast Canadian boreal forest, it was dubbed the “world’s largest conservation agreement.” However, now that agreement is being shaken. A dispute between Greenpeace and U.S. logging company, Resolute Forest Products, over alleged logging in critical caribou habitat has resulted in the activist group abandoning the agreement.

“When the biggest logging company in the Boreal Forest goes back on its word to stay out of critical habitat, it signals the Agreement has broken down,” Stephanie Goodwin, Greenpeace Canada forest coordinator, said in a statement.

According to Greenpeace it uncovered evidence that Resolute Forest Products, formerly AbitibiBowater, has been cutting logging roads in five sites in the northern parts of the Saguenay Lac St-Jean region of Quebec. The area in question was marked as off-limits for the time being to logging as it was being assessed for protection down the road.

“Resolute continues to respect the [Canadian Boreal Forest Agreement] in its entirety and allegations to the contrary are simply unfounded,” spokesperson Seth Kursman told the Globe and the Mail.

Under the 2010 agreement, loggers pledged to suspend any new logging in 29 million hectares of forest for three years until final conservation plans could be approved. The off-limits areas covered about 40 percent of total forest in question. In exchange environmental groups, including Greenpeace, agreed to no longer stage protests and campaigns against the 20 logging companies. But by announcing its exit from the agreement, it’s safe to say that Greenpeace will begin campaigning again in earnest.

“Greenpeace’s number one priority continues to be a healthy Boreal Forest that supports viable economies and communities,” Goodwin added. “With the Boreal Forest under threat, the only responsible decision for Greenpeace Canada is to pursue other pathways to obtain results in the forest.”

(05/09/2011) The Canadian province of Alberta has suffered its worst oil spill in 35 years with 28,000 barrels of oil (over a million gallons) spilling from a ruptured pipeline operated by Plains Midstream Canada in the Canadian boreal forest. The spill has sullied wetlands near Peace River.

(05/19/2010) In what is being heralded as the ‘world’s largest conservation agreement’ 20 Canadian forestry companies and nine environmental organizations have announced an agreement covering 72 million hectares of the Canadian boreal forest (an area bigger than France). Reaching a major compromise, the agreement essentially ends a long battle between several environmental groups and the companies signing on, all members of the Forest Products Association of Canada (FPAC).

(02/09/2010) Last Friday, the government of Canada and the governments of the provinces of Newfoundland and Labrador signed a memorandum of understanding to create a the new Mealy Mountains National Park. Larger than Yellowstone National Park, the new Canadian park will span 11,000 square kilometers making it the largest protected area in Eastern Canada.

(11/12/2009) A new report states that boreal forests store nearly twice as much carbon as tropical forests per hectare: a fact which researchers say should make the conservation of boreal forests as important as tropical in climate change negotiations. The report from the Canadian Boreal Initiative and the Boreal Songbird Initiative, entitled “The Carbon the World Forgot”, estimates that the boreal forest—which survives in massive swathes across Alaska, Canada, Northern Europe, and Russia—stores 22 percent of all carbon on the earth’s land surface. According to the study the boreal contains 703 gigatons of carbon, while the world’s tropical forests contain 375 gigatons.