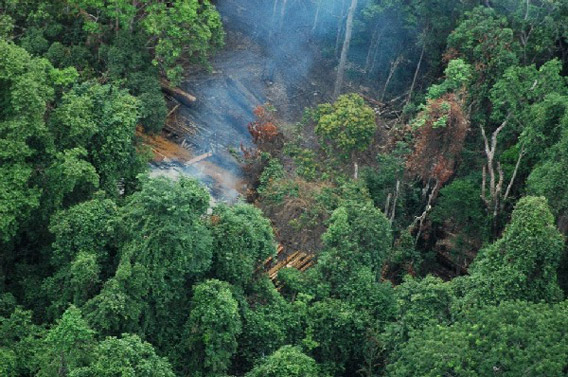 An investigation into the mysterious death of Cambodian forest activist, Chut Wutty, has been dismissed by the courts, which critics allege is apart of an ongoing cover up. The court decided that since the suspect in Wutty’s death, In Rattana, was also dead there was no need to proceed. Chut Witty was shot to death while escorting two journalists to a logging site run by Timbergreen. Wutty, whose death made international news, was a prominent activist against illegal logging in Cambodia.

According to a court proceeding on last Thursday, Chut Wutty was killed by In Rattana, a military officer working for Timbergreen, after refusing to give up a memory card with photos on it. In Rattana was in turn shot and killed by a Timbergreen security guard who was attempting to disarm him. While the court has accepted this as the official version, several other stories came forward in the days following Wutty’s death. One stated that In Rattana was killed by his own bullets that ricocheted off Wutty’s car as they activist attempted to drive away; another said that In Rattana shot himself after killing Wutty. Critics believe that the rapid dismissal of the case proves that there is a cover-up going on.

“Many of the officials who benefit from illegal trade, illegal logging, and illegal trade of timbers, were not happy with [Chut Wutty],” Ou Virak the head of the Cambodian Human Rights and Development Association (Adhoc) said as reported by the Voice of America. “And, because of that, I don’t think there’s any desire by the government and people in power to investigate.”

“It was the ringleader of the illegal logging operations that ordered my husband killed,” Wutty’s wife, Sam Chanthy, told Radio Free Asia. “I don’t think In Rattana wanted to kill my husband.”

Exposing the rampant logging trade in Cambodia has increasingly become a deadly business. Last month, journalist Hang Serei Oudom, who had been covering deforestation in remote Ratanakiri province, was found dead in the trunk of his car, likely beaten to death with an axe. Then two weeks ago another journalist, Ek Sokunthy, was nearly beaten to death in his home by three assailants; Sokunthy had written about illegal logging the month before.

Forest loss and land conflict have become major issues in Cambodia, as economic land concessions to foreign corporations have stripped locals of access to many of their natural resources. From 1990 to 2010, Cambodia loss 22 percent of its forest cover, falling to 57 percent. Only 3.2 percent of Cambodia’s forest is considered primary, the most carbon-rich and biodiverse ecosystems.